Finding a good retailer of peptides and other research chemicals these days is like finding a Tinder date that doesn’t want to steal your kidneys.

Little do they know your kidneys are already shot! Hah. Jokes aside, delve onto review pages and you’ll see that people have divided opinions on companies.

In the following 10 – 15 minutes we’re going to look at Blue Sky Peptide. What a beautiful name, but are they any good?

Who are Blue Sky Peptide?

Located in good old Jupiter, Florida, they’ve been providing quality peptides since 2013; which is quite a long period of time. When you look at the amount of testing they provide on their site, you can see why they’ve been in business for such a long time. They’re overarching goal is to provide quality products, as well as providing competitive pricing. They offer quite a few discount codes, as well as bulk buying – no like, Ronnie Coleman Bulk buying. 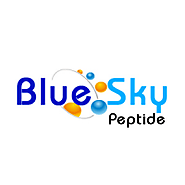 They provide quite a large variety of products as well, not just limiting themselves to peptides but also delving into research chemicals such as Clenbuterol and Nolvadex. Blue Sky Peptides stocks a good variety of products, categories include Peptides and Research Chemicals. Obviously there are a tonne of different peptides and products available, so let’s see which ones Blu Sky Peptide have:

They’re also very kind enough to offer you some discount of bulk deal items. As expected these are going to items that need a higher frequency of injection.

How does Blue Sky Peptide work?

Like every other research chemical retailer. Difference comes in, Blue Sky claims to provide exceptional quality product. They have more than one testing result per product, as well as just trying to cover everything for the buyer. They have bulk buying options, wholesale options, BOGO sales, weekly sales and promotions . They’re really trying to make the user interaction and experience. By doing this, they position themselves to be really cost efficient, but that’s just half of the conversation. Are their products any good? Let’s look at some of the best ones. 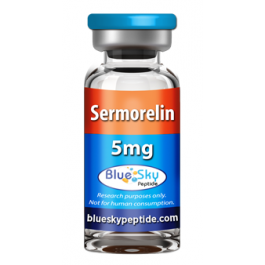 Sermorelin is what’s known as a GHRH (Growth Hormone Releasing Hormone) or also a hypothalamic peptide hormone. When administered to the body, can stimulate the synthesis and release of growth hormone. Growth hormone has muscle building effects, but much more prevalent at fat loss. Sermorelin often gets compared to CJC-1295, another GHRH. Sermorelin clears the body faster, which to some is something they want. 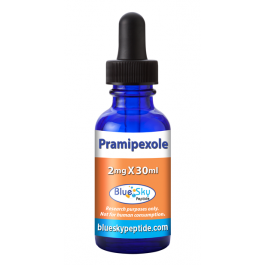 Pramipexole (or Prami) is a drug that is used to control Prolactin. Prolactin is a hormone released by the pituitary gland and causes breast tissue development, as well as lactation. Now correct me if I’m wrong, no gym rat has ever wanted big ‘ol breasts. Pecs? 100%. Breasts? No. Some individuals will make use of drugs such as Deca and Trenbolone, which can raise Prolactin. This is a common side effect, and Pramipexole can lower Prolactin. Trust me, you’ll want to control Prolactin. It has a nasty trait of taking it’s sweet time to come down naturally. 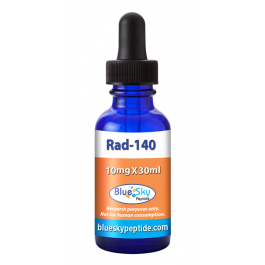 Rad-140 or Testolone is a very popular SARM (Selective Androgen Receptor Modulator) that is used to increase muscle mass aggressively. SARMs do not bind to all the androgen receptors in the body, which makes them slightly easier on the body compared to Steroids, but they can still provide a boost in muscle protein synthesis.

Blue Sky Peptide claims to have excellent customer service, and when you’re on their page you’ll be met with promises of free shipping and fast shipping as well.

It must be noted that Domestic orders over $99 (before discounts) get free USPS Priority Shipping.

They do offer a 30 day return period where you could get your money (minus shipping) back. All of this is subject to change according to their website.

Blue Sky Peptide does provide reviews on their products, but we’ll also look at Reddit for this one.

“I ordered this particular blend and the test results exceeded my expectations. I will continue my patronage with Blue sky and look forward to further research with other peptides and research chemicals.”

On their Anastrzole 1mg per ml x 30ml, lil swallow said the following:

“I research some of top peptides and products from some of the top company in the business for years on and off hands down blue sky the best research peptide company out there that I have ever researched. price quality liability it’s all here with blue sky products best I’ve ever researched.unow your turn do your research tells us you what you think ;)”

“If you look on their reviews it will say that their products are heavily underdosed. I rolled the dice on them anyway because it was a buy 1 get 1 free deal, and figured that if it was underdosed I would have two vials anyway and it would come out to the same. I was wrong.

When I first got my two vials of 5mg of BPC-157, I noted right away how small of a quantity of powder was in the vial. I mean, we’re not even talking a single solid layer of powder to cover the entire bottom. It was about the equivalent of a dash of salt you would sprinkle over a fish on a frying pan, concentrated in a tiny bottle. But I figured, well it is 5mg, must be what 5mg looks like.

Anyway, started at recommended doses of around 250ug, then doubled, tripled, quadrupled, and quintupled my doses, felt nothing. No sleepiness as commonly reported, no improvement or changes of any kind.

Figured it was too underdosed/bunk, ordered from Peptides Warehouse as recommended, same exact size vial, ‘same weight’, same peptide, waaaaaaaay more product. 5% of the bottle was full with powder, and now a few hours after a normal injection I do indeed feel very strangely sleepy. And will probably go to sleep much earlier than usual tonight.

Avoid, avoid, avoid BlueSky Peptides, the prices are indeed too good to be true.”

Rats Army is going to supply you with a wider variety of products. Hands down. They supply way more SARMs, and quite a lot of peptides as well. Rats Army might need not be as cost effective, or have as many money saving tools as Blu Sky Peptide’s do, however they do have the advantage of a wider variety. Blue Sky Peptide’s does have bulk purchase options though.

Swiss Chems is a big player in the research chemical field. You’ll find quite a few good reviews about them online, with people having exceptional results from them. They have a massive variety of products, so much so that they over shadow Blue Sky Peptide. Take a look at the reviews and make your choice.

Where do Blue Sky Peptide produce their products?

They claim to have a 98.6% or upwards quality, and they only produce in the USA.

Are Peptides a Steroid?

No. Peptides are often used for bodybuilding as well as Steroids, however they’re not hormones like Steroids. Peptides are chains of amino acids, and when administered they have a certain effect on the body.

As long as they are sold as Research Chemicals and not for human consumption, yes. If you are a tested athlete, you’ll have to do research within your sport’s federation to be sure.

Can Peptides make you lose Fat?

Yes. Peptides such as HGH or Fragment can help with fat loss.

Blue Sky Peptide has been in business for a long time, and they obviously have great success. Their validity when it comes to quality is brought into question when looking at the reviews, but yet they provide testing results – more than one usually. Regardless, there are some good reviews about them, and they have incredibly good pricing – so might be worth it to roll the dice.