Peptides have been all the rave the past few months, grabbing more attention than that one time where that weird lady popped champagne onto her butt. Peptides are without doubt predominantly used for muscle growth and fat loss, I mean that’s literally the namesake of Growth Hormone.

There are however a few peptides that can help in the healing of joints and injuries, but do they really work? Let’s look at the science and find out.

BPC 157 is a favorite amongst thousands of athletes and bodybuilders because of its ability to trigger angiogenesis, which is the formation of new blood cells. This process can trigger faster healing and faster generation of cells. Another nifty thing that BPC 157 accomplishes is that it can inhibit or block the effects of 4-hydroxynonenal. 4-hydroxynonenal is a growth-limiting compound, hence it’s limitation can further accelerate healing. 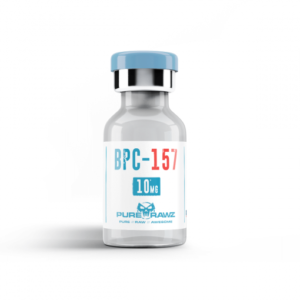 Studies have found that BPC can help in the healing of joints, ligaments, tendons and muscle as well. Dosing of around 1-10 mcg per kilogram of body weight seems to be a good place to start, however best to try and find the perfect dose for you personally. Because of this potentially high dosing, you might want to buy a BPC 157 with a higher concentration such as the one sold by Pure Rawz, 10mg per ml compared to the usual 5mg.

TB 500 is another great peptide used for healing. TB 500 (or Thymosin Beta 4) is found naturally in humans and animals, and veterinarians initially found use for it in horses before doctors applied it to humans. TB 500 increases actin, which can increase cell mobilization, cell division, and even fight inflammation. 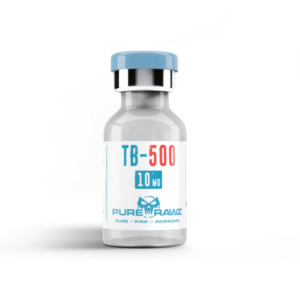 TB 500 can have quite a large dose, ranging from 5 – 20 mg per week, it might be better to buy a higher concentration vial like this one from Pure Rawz which will comfortably cover all your recovery needs.

3) Collagen: Best for Skin and Joints

Collagen is one of the most popular peptides on the market for healing. Collagen is the most abundant protein in your body, thus supplementing with it has been shown to increase joint, skin, and tendon recovery and lowering pain in those areas as well. 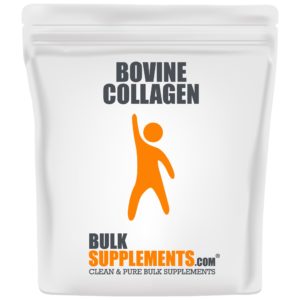 Usually, Collagen is derived from mammalian sources which of course limits its use in people who do not include these animals in their diet, like pescatarians. Rest easy, the good people at Bulk Supplements not only stock this Bovine Collagen but others as well, like fish derived Collagen. Hah! Pescatarians rejoice!

A relatively new peptide on the market, Epitalon has been found to activate the body’s regeneration properties, which can of course accelerate healing. 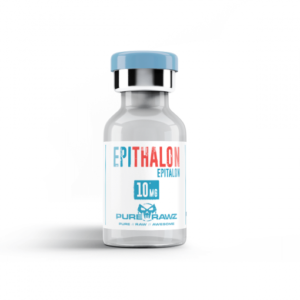 Furthermore, Epitalon induces the release of Telomerase. When Telomerase is activated within a cell, the cell will continue to grow and divide – greatly accelerating healing. While it is becoming increasingly hard to find, the good folks over at Pure Rawz do stock it.

A common injury we see often is those that are known as neuropathic, meaning an injury regarding your nervous system. Also a very new peptide amongst lifters, some studies suggest this product gets into the central nervous system extremely quickly, extremely fast, and lowers inflammation at the pain point (at a particular nerve) rapidly. 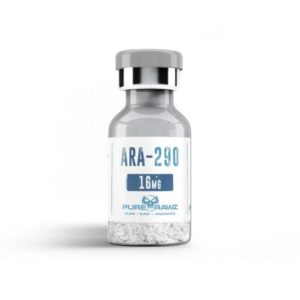 ARA counteracts tissue damage through its effect on inflammation and its actions on IRR (insulin receptor-related receptor) by mimicking the effect of erythropoietin (3). Pure Rawz stocks ARA 90, and as far as nerve injuries go this is one of the best products you can use for the job.

Collagen has very little side effects really. Heartburn, maybe feeling very full after consuming it. So not too bad really. The others however can be a bit different. BPC 157 can cause dizziness and headaches. TB 500 causes similar effects, dizziness and lightheadedness.

Epitalon has no reported side effects, and ARA 90 itself has quite a few bad sides like blood clots, high blood pressure, and diarrhea… Lovely.

Peptides are short chains of amino acids that are naturally present in foods, around 2 – 50 amino acids. Scientists have discovered that if we change the sequence of the amino acids they can have certain effects on the human body. The two most common ones are collagen and creatine, both peptides that can have significant effects when administered. 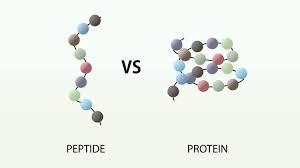 It’s important to know that peptides differ from protein, as peptides are a much shorter chain and some need to be taken subcutaneously. Fun fact, injecting your whey protein can have catastrophic side effects, so don’t do that please. Jokes aside, peptide treatments have been used by doctors since the 1920’s (1) and are still used today, but definitely more popular for their use in sports and recreational lifting.

How do Peptides work? 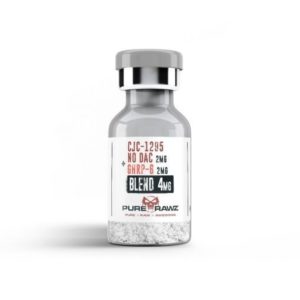 Obviously this article is going to be about healing, so let’s focus on how peptides can heal you. Healing peptides such as BPC 157 work by increasing the production of certain enzymes, proteins or just new tissue to aid in recovery. Of course a peptide like Melatonin will help because you’ll sleep more, however the big boys will help you a whole lot more than just getting a few more Z’s.

Individual peptides will have certain benefits, however there are some correlations between them when looking from a generalized perspective:

Something like Collagen is 100% legal to buy over the counter or online. Stores like Bulk Supplements sell powdered Collagen that can be a great and legal addition to your supplement stack.

Other peptides, the injectable ones, are a bit trickier. While you may find them on online sites, they can only be sold as experimental products, and not for human use.

Who should use Healing Peptides?

Healing peptides can be administered by doctors for various injuries, ranging from ligament to muscular. Peptides are often used by bodybuilders, athletes and recreational lifters to speed up the healing process of an injury. Obviously, if a certain peptide has a certain side effect that can be very detrimental to your health, maybe not use that particular one.

Possibly. Injuries remain the same years down the line, just with less inflammation and you learn to cope with it. Obviously, the danger of being injured again still looms. BPC 157 creates new blood vessels regardless of where they are, so yes BPC 157 could heal an old injury.

Are peptides good for ligament healing?

The ones mentioned in this article are yes.

Potentially, but at what cost. No really, real gH is super hard to find and even harder to afford. It can potentially help in healing, but there is a reason researchers invented and use other peptides for healing… Because they’re more suited for the job at hand.

Surprisingly, yeah. Just don’t get scared when you suddenly start looking like The Rock midway through your cycle. Baby oil not included.

Healing peptides are one of the better growing niches in the fitness world, and can really get you out of a pickle when needed. Personally, I would go for the injectables because I’ve used collagen myself, the effects were good but not magical. Make sure you do your rehab, take it slow, and you’ll be tearing it up in the gym in no time. You badass you.