Time for the Truth about Gardasil 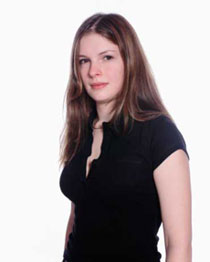 In an important OpEd piece from the Washington Examiner, Barbara Hollingsworth sets the record straight about Gardasil:

“Cervical cancer accounts for less than 1 percent of all cancer deaths — so it was somewhat surprising when the U.S. Food and Drug Administration fast-tracked approval of Gardasil, a Merck vaccine targeting the human papilloma virus that causes the disease.

As of the end of January 2010, 49 unexplained deaths following Gardasil injections have been reported to the Centers for Disease Control and Prevention’s Vaccine Adverse Event Reporting System. By contrast, 52 deaths are attributed to unintended acceleration in Toyotas, which triggered a $2 billion recall.”

There has been no recall for Gardasil, however. In fact, as Hollingsworth points out, it is required for sixth-grade girls in D.C., Maryland, Virginia, and many other states.

Unfortunately, “Merck denies any of the deaths are related to its vaccine, and the parents involved can’t prove they were,” Hollingsworth writes.

Unlike in the United States, The Indian Council of Medical Research (ICMR) has told two Indian states, Andhra Pradesh and Gujarat, to halt its Gardasil vaccine study, which was slated to test the vaccine in about 32,000 girls between the ages of 10 and 14.

“The program is part of a two-year study to look into the utility of a vaccine in public health programs and acceptability of Gardasil.

The program was marred by controversy after four deaths and complications among 120 girls were reported after vaccination. The girls complained of stomach disorders, epilepsy, headaches and early menarche.”