The Masters 2022: Young Talent, A Revamped Course, and the Return of Tiger Woods 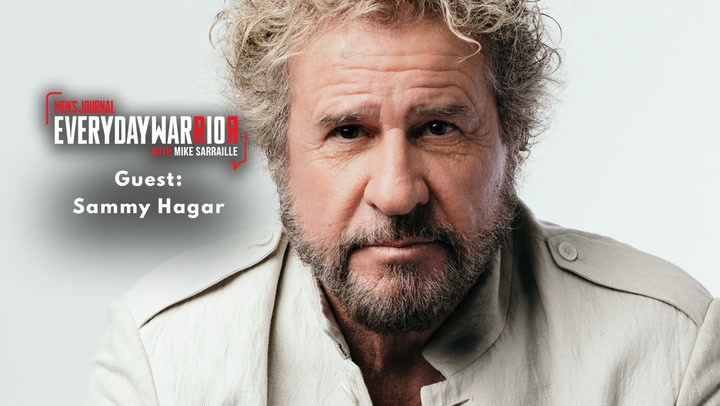 The Masters tournament, which tees off Thursday, April 7 at Augusta National Golf Club, has several storylines happening at once. As usual, it’s a quintessential ring-in-the-spring event on the sports calendar, and it’s a chance to ogle a pristine golf course from the comfort of your couch. This year, it will also be a showcase for an unusually youthful group of the best golfers in the world. Currently, none of the top seven players in the Official World Golf Ranking are older than 30, and only three of the top 11 are that long in the tooth.

The Masters is golf’s premier event, and it’s always worth watching. But the 2022 event will be about one thing, and one guy, more than everything else (more on that below). You can watch much of the tournament via the Masters’ website and app, ESPN+, and television broadcast windows on ESPN (Thursday and Friday) and CBS (Saturday and Sunday). Here’s what to know ahead of the Masters 2022.

1. First and foremost, this is a Tiger Woods show.

Such is the power of the most famous golfer on the planet. Woods looms over professional golf even when he is nowhere near a course. He won last season’s Player Impact Program, a bonus pool of PGA Tour money for players who draw the most media and fan attention, and he did it despite not playing a single competitive round all season—he was recovering from a February 2021 car crash.

About that crash: Woods was seriously injured and was even at risk of losing part of his right leg. That he’s even contemplating playing the Masters just over a year later is a miracle. Woods has insisted he’ll only play if his game is in the kind of shape that would allow him to seriously compete. To that end, he has been practicing at Augusta all week in preparation for what looks like his official return to competitive golf. He said Tuesday that he felt he was going to play as long as his Wednesday practice session went according to plan, and his preparation all week has pointed in that direction. Of course, we won’t know for sure until he’s on the first tee on Thursday, but it looks good so far.

Three years have passed since Woods won his most recent Masters (his fifth such victory). That capped another stunning comeback for him. Prior to the crash, his game had been slipping in somewhat, but he was still a better-than-average tour player. If he’s fit enough to hold up for 72 holes, there’s no obvious reason why he can’t contend this year, even at 46 years old.

Regardless, the Masters 2022 will revolve around Woods whether he ends up fighting for first place or not. Nobody will get more focus in the telecasts, nobody will have a bigger group of fans following him around the course, and nobody will elicit louder roars from the crowd. We’re talking about the biggest name in golf, after all.

‘House of the Dragon’ Gets Official Release Date Read article

One of the coolest golf shots you’ll ever see.

Jon Rahm skips an ACE across the water at Augusta

2. Tiger might contend, but odds are a younger superstar will wear the green jacket.

One of the oldest players in the field will get the most attention, but it’s likely that someone leading the sport’s next generation will top the leaderboard when all’s said and done.

Determining which of those younger players will rise to the occasion is hard to do—there are lots of rising stars. Collin Morikawa hasn’t made much noise at the Masters in his early career, but he’s a two-time major winner with a brilliant all-around game. Jon Rahm and Justin Thomas, with a major apiece, are in a similar boat. Cameron Smith, Patrick Cantlay, and Viktor Hovland are all in “matter of time” territory for their first major wins, and Scottie Scheffler has won three difficult events already in 2022, each while playing against loaded fields.

Sam Burns wins a lot of tournaments, too, and Xander Schauffele has been close at Augusta enough times that it wouldn’t be a surprise if he got over the hump this year. Rory McIlroy still needs a green jacket to wrap the career grand slam, and his game’s quietly been in pretty good shape over the last few months. Maybe it’s finally his time.

There are enough dominant young or 30-ish players that one of them will probably prevail. If you’re looking for a dark horse, consider players who fit the course well. For Augusta, that means long driving distances and an ability to control putting speeds on the course’s famously speedy greens. Two players who were at the top of the sport a year or two ago but have declined since then are Bryson DeChambeau and Matt Wolff—but both of them drive long enough (even with DeChambeau at 80 percent) that they could have a surprising week.

3. In subtle but important ways, this is a different Augusta than in years past.

The par-4 11th, which starts the famous three-hole stretch called Amen Corner, is 15 yards longer than it was last year and now plays at a massive 520 yards. By scoring average, the 11th is historically the second-hardest hole on the course, and it now requires even more oomph to get the ball up the fairway and ideally to the green in two shots. The tee box on that hole, which features a slight dogleg toward the right, has moved left.

Those changes, along with some re-contouring of the fairway, should increase the reward for good tee shots, which can now more easily fly in the direction of the hole. But it will make bad shots wind up even farther away, and a punishing hole will become even more menacing.

The par-5 15th, the last of the par 5’s on the course, is historically the second-easiest hole at Augusta in relation to par. But it has been beefed up a bit, too, going from 530 yards to 550. The increased distance is a potential game-changer given a notorious water hazard that guards the green. Plenty of players will still be able to reach that green in two shots and set up birdie opportunities, but the extra distance will bring longer second shots into play. Masters players are so good that it’s unlikely many of them will dunk their second shots into the drink. Even so, they’ll still have to hit the ball farther and make it stop on the green to set up birdies. It’s not easy.

Fortune favors the bold. But at Augusta, it especially favors the long.