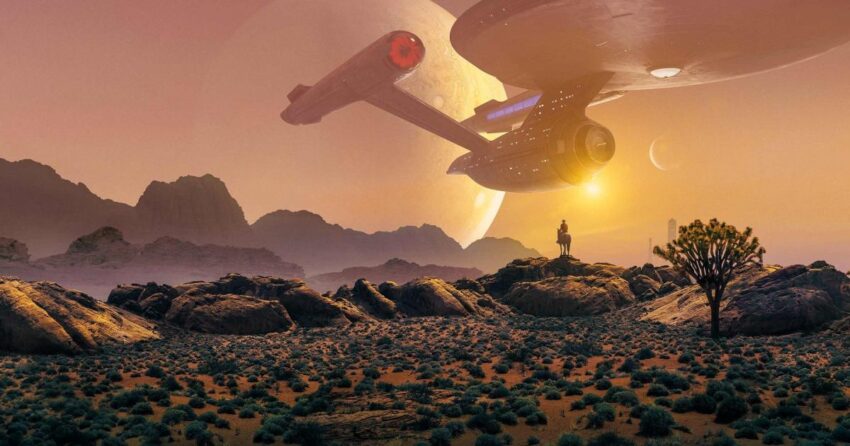 Just like the actual universe, the fictional Star Trek universe keeps expanding. The latest addition? Star Trek: Strange New Worlds, a new series from Paramount that follows the iconic starship U.S.S. Enterprise and its crew. In the show, the ship is helmed by Captain Christopher Pike, and it includes a few popular characters from the second season of Star Trek: Discovery, another Star Trek series also streaming on Paramount+. Over the weekend, Paramount released a new trailer for the show that gives us our best look yet at what’s to come.

It’s easy to get lost in this fictional universe, so here’s a quick orientation. According to The Hollywood Reporter, Strange New Worlds will cover the decade before the events of the original Star Trek series. Pike, played by Anson Mount, was captain of the Enterprise before Captain James T. Kirk, the star of the original TV show that started it all (and the role that made William Shatner famous). Strange New Worlds will also feature fan favorites from Discovery, including Rebecca Romijn as Number One and Ethan Peck playing the role of Science Officer Spock.

The show, which will span ten episodes in its first season, should feature plenty of epic sci-fi action as the ensemble cast adventures through the deep reaches of outer space, encountering new planets and beings along the way. The trailer gives a taste of the places and events the show will cover: Bizarre alien worlds, battles between massive spaceships (including the Enterprise), and plenty of complicated intergalactic politics. The show will also dive into the relationships among the crew of the Enterprise itself. Check it out in the trailer above.

Star Trek: Strange New Worlds will premiere on Paramount+ on May 5.