How ‘Every Daily Act Can Be an Act of Conservation,’ Per Dax Dasilva 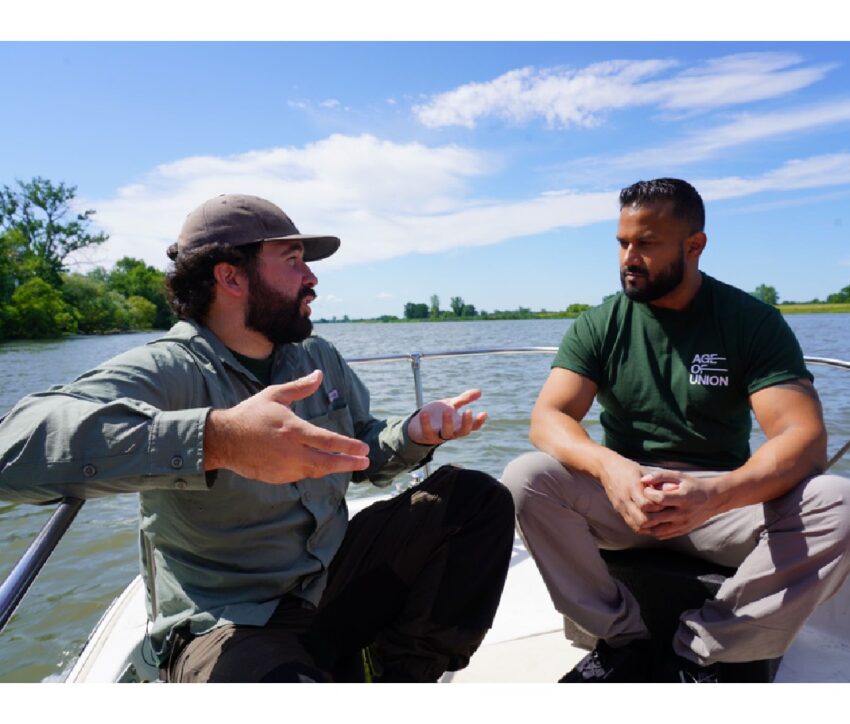 It’s early spring, following an icy, subzero winter season across Eastern Canada. Everything moves slowly this time of year—nature, humans, business—but Dax Dasilva is moving with urgency, more resolute than ever. The tech CEO and environmental activist founded Lightspeed, a Montreal-based digital commerce platform, and Age of Union, a non-profit environmental alliance squarely aimed at protecting threatened species and ecosystems. Dasilva is intent on protecting our planet as our impacts become increasingly unsustainable.

“According to the United Nations, we’re in the Decade of Action,” Dasilva says, “and it ‘calls for accelerating sustainable solutions to all the world’s biggest challenges—ranging from poverty and gender to climate change, inequality and closing the financial gap.’ There’s a big global initiative to protect 30 percent of the planet’s land and sea by 2030, and we’re embracing this at full speed.”

The State of Our Seas: Fast Facts About Today’s Oceans Read article

“I don’t think most of the coastal communities even know that there are dolphins out here,” Dasilva adds. “These fishing vessels cast out kilometers-long drift nets, then discard 95 percent of the life they pull up—sharks, dolphins, whales, and other large marine animals.” The crew is documenting dolphin bycatch—where just off of France’s West Coast, 10,000 dolphins die every year by large industrial trawlers and drift nets.

“We just don’t see the magnitude of the destruction that happens out in the ocean—and that’s where 70 percent of our oxygen comes from,” Dasilva says. “Literally two out of three breaths. Once people become aware of what’s happening with this kind of indiscriminate fishing, change is very possible,” he emphasizes.

“If the people care, governments will care. So, the work we’re doing with Sea Shepherd is to influence people’s hearts and ultimately to influence the government.”

The making of a changemaker

It seems incongruent to hear a man who embodies a global tech industry on the New York Stock Exchange challenging urban growth and development, but Dasilva has long been a fierce advocate for planetary health and environmental sustainability. In the summer of 1993, he joined the War in the Woods protest, where 12,000 people rushed to Vancouver Island to fight forest logging.

“The cathedral of trees at Clayoquot Sound represents millions, probably billions of heartbeats, when you consider all of the ecosystems the trees support at every level,” says Dasilva. “We won the protection of those forests. That win stuck with me my entire life—how fragile it all is, and how important it is to protect.”

“We need to bring our expectations within what the planet can provide, because it’s a finite resource,” he says. “In the meantime, it’s critical that we protect those key ecosystems until we have that part figured out. Every daily act can be an act of conservation.”

Looking at conservation through the lens of tech

Raised in Vancouver, Dasilva got his first Mac computer when he was 12, and began building program interfaces. An apprenticeship for a Mac developer and years of experience in Mac consumer tech support led to the first iteration of his own e-commerce platform.

“In all honesty, when I started Lightspeed in 2005, I didn’t set out to build a global powerhouse…I just wanted to win an Apple Design Award from Steve Jobs,” he says, half-jokingly.

6 Shark Conservation Groups To Get Involved With This Summer
Help these groups help the sharks.

Today, Lightspeed is a global leader in point-of-sale e-commerce solutions. “The ambition was always to use design to re-empower small businesses and put control back in the hands of business owners,” says Dasilva. “You do that when you simplify the complex.”

After 17 years as CEO, Lightspeed recently announced Dasilva’s succession plan to move from CEO to leading the board as executive chair. “At its core, Lightspeed has a really great social mission. We empower those community businesses with technology that helps level the playing field against big box e-comm giants,” he says.

The new role is a social cause sidestep from Dasilva’s chief executive duties. He’ll remain visible and contribute to high-level strategy, along with some of the bigger ambitions for the company. “As Lightspeed continues to grow in influence, we can be a great example for others,” he says. “Given our history and our LGBTQ+ roots, we have the foundation to build one of the most diverse, equitable, and inclusive companies in the world.”

The transition also represents Dasilva’s evolution from tech CEO to conservationist force. In 2019, he released his book, Age of Union, a manifesto for igniting today’s changemaker—those ready to take action for our planet and its inhabitants. “I wanted to create a true alliance for the most inspiring changemaker-led projects around the world,” says Dasilva. This came to fruition in the fall of 2021 when Dasilva launched the non-profit of the same name, Age of Union, seeding it with $40 million to back conservation efforts around the globe.

This all-hands-on-deck enthusiasm is driven by Dasilva’s superpower—his leadership capacity to direct a multitude of preservation pursuits all at once. At the moment, Age of Union is involved with seven projects including a $14.5 million donation to the BC Parks Foundation—the largest private donation in BC conservation history—to protect wild ecosystems that are home to hundreds of threatened species. The first two properties purchased with this gift are BC’s Pitt River Watershed, a 733-acre salmon river sanctuary on the doorstep of the Vancouver metropolis, and the French Creek Estuary—a critical, 23-acre eagle sanctuary on Vancouver Island. “These two properties are critically important in terms of BC Parks’ list of most threatened ecosystems,” explains Dasilva. “Both were slated for development until we helped to purchase the land. The watershed is deemed to be a sensitive ecosystem for eagles, wild salmon, grizzly bears, wolverines, cougars, and elk. And the French Creek Estuary is a migratory path to 50,000 eagles.”

As for what’s next for Dasilva, he feels he’s just scratching the tip of the iceberg. “I want to show people that there’s hope for change,” he says. “The Sea Shepherd virtually ended whaling, which seemed unimaginable when first taking on commercial whalers in 2002. Now the world can see real hope where there is action. Same with the ozone layer. We thought it couldn’t be fixed. But with international efforts to reduce and stop the release of CFCs [chlorofluorocarbons], we’ve been able to make amends. We’re committed to transforming that doom and gloom narrative into one we can get excited about—where humanity lives in harmony with nature.”