Xylazine, a Dangerous Veterinary Tranquilizer, Is Showing Us the Future of the Overdose Crisis 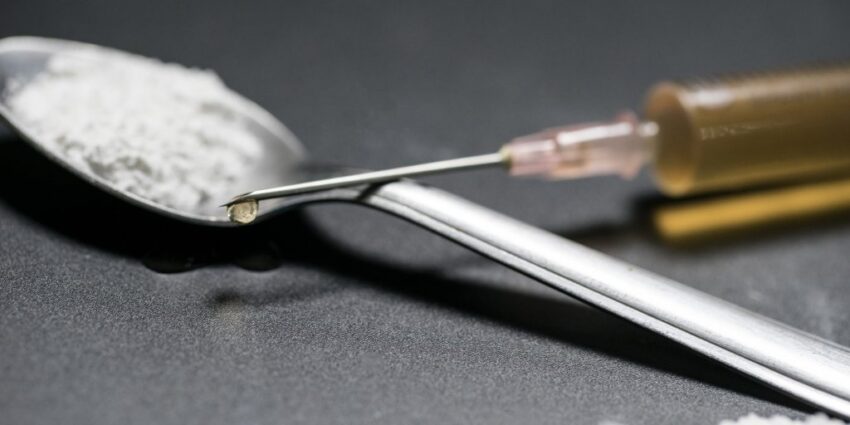 There’s a new drug beginning to spread rapidly through the street drug supply of the United States: Xylazine, an animal tranquilizer, increasingly used as a synthetic cutting agent for opioids like heroin. We recently published a study, based on years of research across the U.S., which found that xylazine is popping up in cities all over the country. Use of the drug is increasing at exponential rates where it lands, causing outbreaks of skin infections and overdoses.

The national spread of xylazine is a public health threat. It also foreshadows the future of the overdose crisis—increasingly driven by powerful synthetic compounds mixed into potent combinations.
[time-brightcove not-tgx=”true”]

Xylazine is almost never seen by itself. Instead, it is typically added to drug formulations containing fentanyl—a family of powerful opioids made in underground labs. Over the past 10 years, synthetically produced fentanyl has largely taken over the illicit opioid market that was previously dominated by agriculturally produced heroin; fentanyl can be several hundred times more potent than heroin by weight.

Combined with poor quality controls inherent to clandestine supply chains, this has ushered in the deadliest overdose crisis in recorded history. The U.S. now has an overdose death rate more than double the second-highest country (TK), and nearly 20 times the global average. Consumers are drawn to fentanyl for its powerful psychoactive effects. But fentanyl is very short-acting, and keeping cravings at bay can require injecting up to five or six times per day, rather than perhaps just two or three if using heroin. That means repeatedly finding a safe place, acquiring a clean syringe, and worrying about overdose risk. It means less time between injections to take care of basic needs. And it increases the risk of injection-related health conditions, like infections and vein collapse.

This is where xylazine comes in: it extends the effect of fentanyl––or, as this is often put on the street, “it gives it legs.” Adding xylazine to a hit can postpone cravings and withdrawal symptoms for twice as long as fentanyl alone.

Its risks, however, are substantial. Xylazine is a tranquilizer. At higher doses, it knocks people fully unconscious. Instead of the semi-awake euphoria of opioids, those taking fentanyl cut with xylazine may black out and awaken hours later. In the interim, anyone using drugs in this way is much more vulnerable to harm, sexual assault, or being hit by vehicles, for example.

The sedating effects of xylazine also increase overdose risk. Worse yet, naloxone (what first responders use for overdoses) does not reverse it, because it’s not an opioid.

Many users of drugs, as well as physicians and advocates of harm reduction, report that xylazine causes blistering skin wounds at a new level of horror. There have also been case reports of xylazine causing strange blood conditions, with users showing up in the hospital with dangerously low blood counts.

But xylazine isn’t the only dangerous synthetic spreading through the drug supply. Fentanyl’s displacement of heroin has ushered in a tidal wave of new synthetic additives. Novel benzodiazepines, opioids (such as “nitazenes,”) stimulants, cannabinoids, and sedatives are emerging at an alarming rate. With a vast array of underground labs already producing fentanyl, the startup cost for synthesizing other compounds is low. And unregulated street markets strongly incentivize lab experiments in an unending competition to mix and match new synthetic formulations to see which combinations perform best.

Novel synthetics pose numerous logistical challenges for drug surveillance. Underfunded medical examiners scramble to keep up with the ever-changing profile of synthetic drugs driving overdose deaths. The reality is that medical and government authorities in the U.S. have very little idea what the true range and volume of synthetic drugs is today.

Despite the health risks from these substances, distinct market pressures exist for them, practically ensuring their national spread. In the lucrative U.S. illicit drug markets, there will always be a supply to meet any demand. The legacy of fentanyl has taught us that trying to limit supplies of hazardous synthetic substances through policing is costly and virtually always fails.

Instead, new techniques must be implemented to empower the consumers of drugs to make safer choices.

A very promising approach can be found in comprehensive drug-checking services. Users can bring their drug samples into harm reduction clinics for rapid testing, then walk away 10 minutes later with a full ingredient list. Like grocery store consumers with food labels, they can see the compounds and quantities of what they are consuming.

The concentration of fentanyl in drug samples has been shown to fluctuate widely, even from the same seller. Knowing these shifting concentrations on a daily basis could save lives. Some of the more toxic contaminants, like xylazine, could be avoided entirely. When enough consumers know xylazine is present, and in what concentration, they can create market demand for safer, xylazine-free formulations.

Harm-reduction programs already exist across the nation, and they help people using drugs to stay safe, by doing things like distributing sterile syringes and naloxone. But they need federal support, funding, and training to open comprehensive, free-of-charge drug checking services. Currently there are only a small number of these programs in the United States, although the technology needed to operate them is readily available and has become cheaper in recent years.

National progress has been made on more limited forms of drug checking. For example, fentanyl testing strips can identify the drug in powders, pills, and injectable formulations, but they only tell the user if fentanyl is present or absent—not concentration levels. These strips are best suited for occasional recreational users of non-opioid drugs.

Another key harm-reduction strategy is simply to replace a deadly drug with something safer. This is seen in prescription heroin programs, which have been used for decades in Europe with substantial success. In these programs, nurses administer a safe injection of heroin—morning and night, free-of-charge. Under these conditions, overdose risk is virtually zero. Instead of spending the rest of the day seeking money to buy expensive street heroin, users can spend their time working, being with their families, or pursuing other activities that improve their quality of life. In this fashion, many people gain the stability they need to confront their demons and overcome chronic cycles of use they no longer enjoy. These programs generally have better track records than even methadone programs for helping to ultimately achieve heroin abstinence. It may seem counterintuitive, but giving people the drugs they seek is often the best way to help them eventually confront personal challenges and leave those drugs behind.

Of course, drug-checking and prescription heroin programs will face intense political scrutiny from those who favor punitive and expensive police/prison approaches. But decades of evidence show us that we cannot arrest our way out of the evolving overdose crisis.

Ten years ago, there was a missed opportunity to effectively respond to the market take-over by fentanyl. Now, as xylazine and other synthetics spread nationally in their shadow, we have another opportunity to use evidence-based strategies in the face of the most lethal drug crisis in recorded history.