One in four American adults is unvaccinated or only partially vaccinated, and that number isn’t budging much these days. Fewer than 80,000 adults are getting their first shot every day—a 96% drop from the more than 2 million a day in April 2021. It’s easy to believe that anyone who hasn’t gotten a shot by now is unlikely to get one in the future—but there is still a group of people, however small, just finally coming around to the vaccine. Who are these people? And why did they delay the shot for so long?

To find out, TIME analyzed vaccination survey data of U.S. adults from the Centers for Disease Control and Prevention (CDC). The survey, which began in late April 2021, shows how willing people have been to getting the shot, and how vaccination rates among various demographics have changed over time.
[time-brightcove not-tgx=”true”]

Certain segments of the population were slow out of the gate, but managed to catch up to—or even surpass—the national average by January 2022, according to TIME’s analysis. Mostly, these are America’s marginalized communities: Black and hispanic people, LGBTQ people, those living in under-resourced counties, and the uninsured. Vaccine uptake among these groups didn’t happen in a sudden rush in early 2021 but rather at a slower, steadier pace over much of the last year. Community health organizations say that’s because certain demographics have required more personal outreach, information, and support than the initial federal vaccine rollout offered.

The tougher question to answer is who is still left on the fence. Based on the CDC data, only 5% of the U.S. population is both unvaccinated and at least somewhat willing to get a shot. TIME arrived at this number by adding up the respondents who said they are “definitely” or “probably” going to get vaccinated, and those who said they were still “unsure.” In contrast, 10% of the survey takers are unwilling: they reported to the CDC that they “probably” or “definitely” will not get vaccinated. (These definitions apply to both the following chart and all subsequent charts in this story.)

But the overall numbers don’t tell the whole story. TIME’s deeper analysis reveals that some subgroups of the unvaccinated population have more potential to come off the fence than others.

If the country’s vaccination rate ticks higher, it will likely be because people who are still feeling unsure today finally took the plunge. Grassroots health organizations are working to find those people. But they’re not always easy to spot. The CDC data show that willingness isn’t necessarily tied to a person’s race, gender, or any other topline demographics. More nuanced factors such as work mandates, friends’ and family opinions, and political influences are all part of the equation.

To better understand that complexity, TIME spoke with several individuals who got vaccinated between late December and early March. All spoke candidly—and sometimes emotionally—about their decisions. And though their vaccine experiences are as diverse as their backgrounds, just about everyone agreed that the choice wasn’t easy. Their stories, while personal, offer context for the broader populations who are represented in the data.

A nudge from someone close 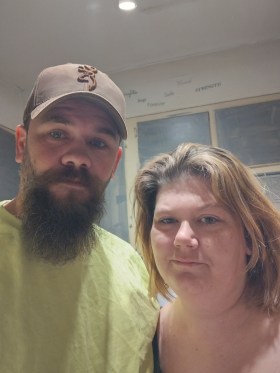 Chris Fisher, 36, a resident of Stone Lake, Wisc., was adamantly opposed to the vaccine until late December. “I’m just [not the type] of, well, ‘everybody else is doing it, so let’s go do it.’ I wanted to make sure that’s not gonna affect everybody else,” he says. “My initial thought was they came up with this way too quick. Any other vaccination, it takes them years upon years to get them all figured out. And I mean, within less than a year, they had this one popping out.”

Fisher didn’t feel that he was at risk of getting COVID-19 given that he worked outdoors at a cranberry marsh and steered clear of intimate gatherings. So he settled into a months-long wait-and-see mode. Gradually, he felt more comfortable with the idea as more of his acquaintances got vaccinated. “Once I started chatting with other people that have gotten it and it hasn’t really affected them or interfered with anything then I figured it was all right to go get it,” he says.

Ultimately, though, it was his vaccinated wife, Patricia, who finally convinced him to get the shot for the sake of elderly family members.

One of the greatest predictors of a person’s vaccination status is whether those they love and trust are vaccinated. More than 90% of people who report having many vaccinated friends and family also say they are vaccinated, themselves. But among people who only have a few vaccinated family and friends, the rate drops to 55%, according to TIME’s analysis.

As the holidays approached, Fisher’s desire to see his grandparents—who are in their 80s and in poor health—and Patricia’s insistence that in order to do so, he needed to get vaccinated, won him over. Just before the New Year, he got his first shot and made plans to visit them after getting the second shot.

Unfortunately, days after that first dose, he ran into an old colleague who turned out to be infected. Fisher soon tested positive and fell ill. He postponed his second shot, which also delayed his travel plans. Still, he harbors no regrets. “It was just one of them weird situations,” he says. “You got to take the punches where they come.”

Spanish-speaking Americans are among the most open to getting vaccinated according to TIME’s data analysis. Already, 86% report having at least one shot. Of the remainder, 12% expressed some degree of willingness to be vaccinated while only 3% expressed little or no chance.

Vaccine hesitation is often tied to immigration status in the U.S., says Helena Olea, associate director of Alianza Americas, a Chicago-based advocacy group for Latino immigrants. Those who are awaiting court permission to stay in the country often worry that use of free public benefits—like a government-funded vaccination—could adversely impact their legal case. Additionally, some undocumented immigrants fear that sharing personal information could put them at risk for deportation or other legal action. With the COVID-19 vaccines, says Olea, “there was a concern that even when they requested the appointment, too much information was being asked.”

Early in the vaccine rollout, immigrants faced many logistical challenges in getting vaccinated. Not all of the resource materials were available in Spanish. There weren’t many vaccination sites, and some of them were difficult to get to, and often didn’t have a Spanish speaker to translate or answer questions.

Over time, grassroots organizations have tried to address those issues, organizing information campaigns and vaccine drives at convenient hours and locations. Olea thinks vaccine mandates are a good approach for this particular demographic. Latin American immigrants, she says, often respond to state policies that outline exact rules so that they know how to be in compliance. “It’s absolutely cultural,” Olea says. “It’s like, ‘Tell me what to do. Tell me what’s safe, and I will follow.’”

J. Rodriguez, an undocumented worker who came to the U.S. when he was 15, spends winters working at a plant nursery in Florida, and summers at a golf course in the midwest. When the COVID-19 shots became available, he didn’t rush to get vaccinated. “I wasn’t sure if I needed the vaccine,” he says in Spanish. “I didn’t want it and they weren’t demanding it at work. So I didn’t do it.” Logistics were also difficult. “I work nine or 10 hours a day, so that also played a part in me not getting vaccinated.”

Rodriguez (whose name has been changed to protect his identity) also had some initial reservations about the vaccine’s safety after hearing from a friend that someone had died after taking it. But the death, he says, also could have been from other health problems. So when he recently found out the golf course would require him to be vaccinated, he felt comfortable getting it. In mid-February, Rodriguez got his first dose at a vaccination drive run by one of Alianza Americas’ health campaigns. 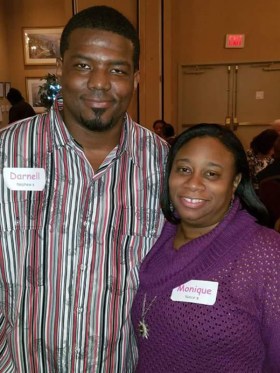 Monique Burroughs, 48, of Ellicott City, Md. didn’t believe there was enough information about the vaccines when they first became available. And her hesitancy only increased as she felt more and more pressure to get it.

“Between the government getting involved and the way they were really pushing it, it made me nervous because I felt like there was an ulterior motive,” she says. “I didn’t like the way they were portraying it. Like, you get vaccinated and you will be cleared, or…you don’t have to worry about catching it. And I didn’t feel that was truthful.”

Burroughs says her experiences as an African American woman have shaped her decision making. She’s been leery of the ever-changing COVID-19 guidance since the early days of the virus, when she found out that Black communities in her area were being hit hardest. Although Maryland and most of the country has relaxed mask requirements, she has continued to wear one. Burroughs harbors a general distrust of government health policies, and she was particularly turned off by pressure from her employer, a state agency, to get vaccinated—even though she works from home. “It makes you sort of feel like you’re just being forced. And they’re not trying to give you any information, they’re just like, you need to go do this.”

Burroughs’ viewpoint isn’t uncommon. Mistrust has been a key driver of vaccine hesitancy in Black communities, says Michael Rhein, president and CEO of InstitutePHI in Washington, D.C., a health outreach organization that primarily serves communities of color. That mistrust stems from historical racism and inequities in the U.S. health care system that goes back generations. Rhein believes, however, that this group of people could “change their minds when they have the right messenger and they don’t feel like it’s the government or white-controlled institutions that are telling them to get vaccinated.”

TIME’s analysis of CDC data found that Black people—particularly those between ages 18 and 49—are the only segment of the U.S. population that has both a below-average vaccination rate (74% compared with 85% for all adults) and, among the remaining unvaccinated population, a majority with some degree of willingness to get the shot.

In November, Burroughs’s husband got so sick with COVID-19 that he needed to be hospitalized. Burroughs caught the virus from him and also fell ill, but recovered at home. After that, both decided to get shots. By that point, she says, they felt a little more comfortable with it, and believed that the added protection would be helpful should they catch the virus again. Burroughs became fully vaccinated in January. She’s still deciding whether or not to get a booster.

Last September, Jessica Greenhow, 44, of Eau Claire, Wisc., took a job as an outreach coordinator at the Indianhead Community Action Agency. Part of her job was to educate people about COVID-19 vaccines and help them get to a vaccination site, if they decided they wanted to get the shot. The only problem was that Greenhow wasn’t herself vaccinated, and she wasn’t comfortable broaching the subject with community members.

Republican-leaning counties have had lower vaccination rates than those leaning Democrat since the shots rolled out. Those that are more evenly split have closely followed the national averages—both in terms of vaccination rate and willingness among the unvaccinated.

Greenhow lives in a relatively politically diverse area—Joe Biden took 54% of the Eau Claire county’s votes in the 2020 election, while Donald Trump took 44%—and she doesn’t consider herself either a Democrat or a Republican and often sees the middle ground on hot button issues. After taking the job, she was obligated to learn about the vaccine development process, so she blocked out the partisan influences and set out to educate herself. She came to understand that the vaccines had been years..