What to Know About the XE Variant 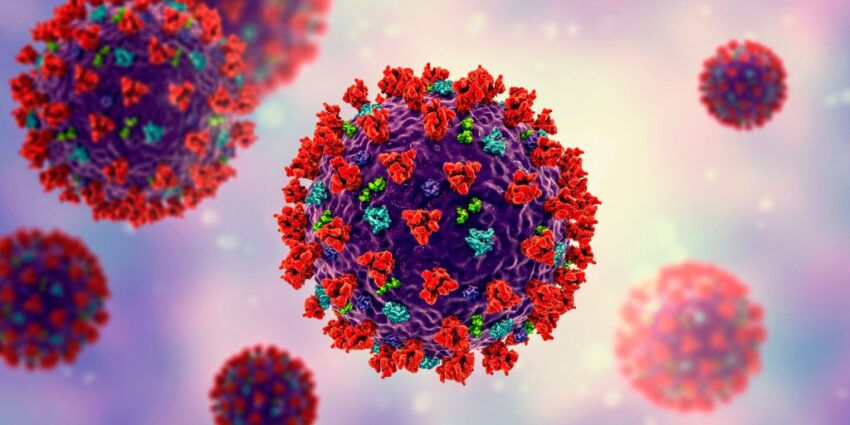 A new strain of Omicron, called XE, is spreading in the U.K., and a few cases have been identified elsewhere in the world. Here’s what we do—and don’t—know about the variant.

What do we know about the XE variant so far?

XE is a hybrid of the two now-familiar strains of Omicron: BA.1 (the original Omicron strain) and BA.2 (the more infectious related strain that’s now dominant in the U.S. and other countries). XE is known as a recombinant variant, which forms “when one SARS-CoV-2 strain picks up some genetic material from another SARS-CoV-2 strain,” explains Dr. Andrew Badley, a professor of infectious disease at the Mayo Clinic and chair of the SARS-CoV-2 COVID-19 Task Force for Mayo Clinic. That means the new recombinant variant picks up attributes associated with each strain, but not always that it turns into a more threatening version. “Recombinant variants are well described for other viruses and are not often associated with more danger,” Badley says.
[time-brightcove not-tgx=”true”]

XE has three mutations that aren’t present in all BA.1 or BA.2 strains, according to the U.K. Health Security Agency (UKHSA).

Experts say that since BA.1 and BA.2 are both circulating widely at the moment, it’s not surprising that a new combination strain has recently popped up. “Recombinant variants are not an unusual occurrence, particularly when there are several variants in circulation, and several have been identified over the course of the pandemic to date,” said Susan Hopkins, chief medical advisor of UKHSA, in a statement. “As with other kinds of variant[s], most will die off relatively quickly.”

Where have cases been found?

The first known case of XE was detected in the U.K. on January 19, 2022. So far, more than 600 cases of XE have been identified there, according to a March 25 report from UKHSA—which is less than 1% of total sequenced cases. That’s nowhere near the rate of cases caused by BA.2, which is now the dominant form of SARS-CoV-2 both in the U.K. and globally.

XE has also been found in India and Thailand. One case was reported on April 6 in Mumbai, according to Bloomberg, and on April 4, the Center for Medical Genomics in Bangkok reported one recent case of XE.

Should you be worried?

“Like everything in the SARS-CoV-2 era, there’s no simple answer,” says Badley. “But to make it a simple answer: if you’re vaccinated and otherwise healthy, you shouldn’t worry about it. If you’re not vaccinated or have co-morbidities, there’s a cause for concern.”

The good news is that there are still relatively few XE cases. “We’ve known about the existence of the XE variant since the middle of January,” Badley says. “Now, two and a half months later, we’re still seeing cases, but it hasn’t exploded.” To put that in context, “Omicron was first identified in November, and within four weeks it was all over the world. So it’s not as dominant a new strain as Omicron was,” he says.

What do we still not know yet?

There’s not yet enough information to tell whether XE will spread more rapidly or cause more serious illness than other variants of SARS-CoV-2. “So far there is not enough evidence to draw conclusions about transmissibility, severity, or vaccine effectiveness,” said Susan Hopkins, chief medical advisor of the UKHSA, in a statement.

However, it’s possible to infer some clues from the two strains that comprise it. “We know the vaccines work to protect against symptomatic disease for BA.1 and BA.2, and therefore we have every reason to suspect that vaccination strategies will have activity to protect against symptomatic disease caused by XE,” Badley says. Another hint is that “BA.1 and BA.2 each can escape some of the monoclonal antibody therapies,” so those drugs aren’t likely to work as well against XE either, Badley says. “We also know that the other therapies that are being used particularly in the outpatient setting—Paxlovid and molnupiravir—should, based on how they work, have continued activity against the XE strain.”

UKHSA is currently monitoring XE and two other recombinant lineages—XF and XD, which are both recombinants of Delta and Omicron BA.1. So far, UKHSA says that fewer than 40 cases of XF have been detected, all in the U.K. (though none have been seen since mid-February). XD has not been found in the U.K., but 49 cases—mostly in France—have been reported to global databases. The World Health Organization is also tracking XE, XD, and other recombinants, according to the group’s most recent report.