The World’s Largest Vaccine Manufacturer Stumbled in 2021. Its CEO Bets He Can Still Help End COVID-19

Adar Poonawalla is no stranger to gambles. He owes his multibillion-dollar empire to a series of big bets that paid off handsomely. Cyrus Poonawalla, his father, made his own fortune on horses—and then multiplied it by making another bet in 1966: that he could make more money producing vaccines than he could on horse breeding and racing. He formed the Serum Institute of India (SII), which grew slowly for three decades, selling antivenoms and lifesaving vaccines for India.

When Adar, then just 21, joined the company in 2001, he persuaded his father to dramatically ramp up production—wagering that they could fill a gap in global supply by making low-cost vaccines in very large quantities. By 2017, SII was the world’s largest vaccine manufacturer.

In early 2020, as COVID-19 was spreading rapidly around the world, Adar Poonawalla gambled yet again, this time on a vaccine for the novel coronavirus, developed by the University of Oxford and AstraZeneca. In September 2020, his company, based in the western Indian city of Pune, started manufacturing millions of doses months before the Oxford-AstraZeneca shot was authorized for use. When it proved safe and effective later that year, Poonawalla felt vindicated. Reminiscing about his decision to go big on the vaccine, he characterized the Serum Institute as the only company capable of such a big swing. “If we don’t do it, who will?” he told TIME in March. “The other chaps don’t have the capabilities that we do in terms of scale.” 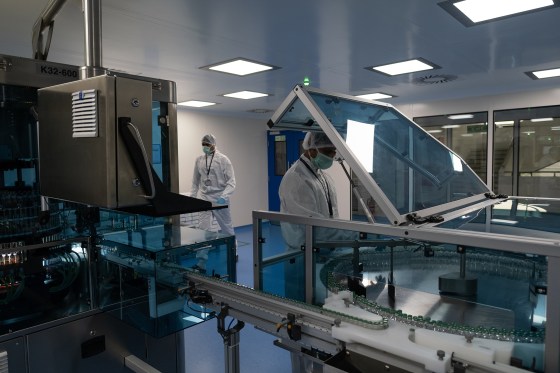 The world soon came to rely on the 41-year-old executive, better known before the pandemic for his slick suits, glamorous horse-racing parties and flashy cars than for his company’s work in producing vaccines. COVAX—a program mounted by the World Health Organization (WHO) and GAVI, the Vaccine Alliance, to ensure equitable vaccine distribution—made the Serum Institute the backbone of its efforts based on its CEO’s guarantee that it would produce 1.1 billion doses for export in 2021.

But the company failed to deliver after encountering problems that included a fire at its manufacturing facility, a ban on vaccine exports and global supply-chain disruptions. Critics say Poonawalla could have taken some of these issues into account earlier. “The hype clearly didn’t match the reality on the ground,” says Neeta Sanghi, a consultant in pharmaceutical supply chains. “They thought that they could be the savior of the world.”

And even as Poonawalla tries to redeem his company by making good on his promises one year late, he is encountering new problems that could diminish his attempts to put the Serum Institute at the forefront of the global COVID-19 vaccine supply.

SII’s stumble in 2021 is one reason for the woefully unequal global distribution of vaccines. But it’s also the case that wealthy parts of the world, like the U.S. and the E.U., have prioritized their own populations—administering booster shots widely while fewer than 3.5% of people in low-income countries have received their first vaccine dose. That’s a problem for the entire world; after all, it’s likely that new variants of SARS-CoV-2—the virus that causes COVID-19—will continue to emerge in places where it’s able to spread unchecked. The Omicron variant may have resulted from the relatively low vaccination rate—26%—in South Africa, where it was first detected.

In recent months, wealthy countries have pledged to donate more doses to poorer nations. U.S. President Joe Biden committed in September to buy 500 million doses on behalf of other countries. But actual deliveries still lag far behind. That gives Poonawalla another chance to make good on his bets. “The gap has only widened and become more entrenched,” says Andrea Taylor of the Duke Global Health Institute. “And so Serum is still a pivotal part of the world’s story in the months to come.”

For Poonawalla, the mission is twofold. In 2020, he sought to make history by manufacturing the vaccines that could protect large parts of the world and potentially hasten the end of the pandemic. He still thinks that’s possible. But he’s also working to restore the reputation and reach of his company. After the COVID-19 vaccine debacle, “we were so severely criticized, and everyone thought it was all over,” Poonawalla told TIME in October. “We need this comeback to regain the lost confidence and market share.”

Before the pandemic, SII was little known, even in India, though it was praised for its steady work making cheap vaccines to fight childhood diseases. Its meningococcal and meningitis shot sells for less than $1, compared with more than $100 for a meningococcal vaccine in the U.S.

When Poonawalla took over as CEO of SII from his father in 2011, he had big shoes to fill. Cyrus Poonawalla had been nicknamed the Vaccine King of India for his work supplying vaccines to poor communities. Adar had a reputation for an extravagant lifestyle, but in the background he was expanding his company’s reach. Two decades ago, the Serum Institute supplied vaccines to 35 countries. Today it has deals with 140.

His business model was to buck the trend in the global pharmaceutical industry, which had stopped producing routine vaccines for many infectious diseases that had been quelled in the West. Producing such vaccines was still necessary, but not particularly lucrative. The low-cost, high-volume business model—combined with SII’s long-standing partnership with GAVI, the Vaccine Alliance—made the company vital to childhood immunization campaigns around the world, especially in poorer countries. By early 2020, SII was producing 1.5 billion doses per year, boasting that 65% of the world’s children had received at least one of its vaccines. 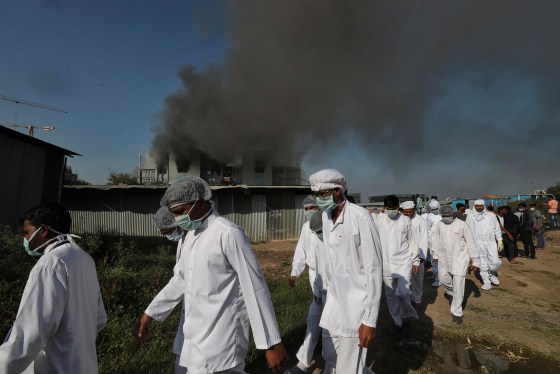 Rafiq Maqbool—APEmployees leave as smoke rises from a fire at Serum Institute of India, Pune, in January 2021

So when the COVID-19 pandemic hit, Poonawalla knew his company had a central role to play. While we all waited to find out which vaccines, if any, would be effective, Poonawalla placed his two big bets, pushing his company into the global spotlight. One worked. The other didn’t—and the world is still paying for it.

The first gamble, in March 2020, was to leverage his relationships to strike a deal to manufacture the Oxford-AstraZeneca vaccine for low- and middle-income countries. His family sank $250 million into the venture. The Bill and Melinda Gates Foundation invested an additional $300 million. By selling advance orders to countries including Bangladesh and Morocco, SII secured $250 million more. By the time the vaccine was authorized for use by the U.K. in late December 2020 and by India in early January 2021, SII had some 50 million doses in cold storage. In February 2021, Ghana received the first COVAX shipment of 600,000 doses of vaccines produced by SII, followed by other countries including Liberia and Ivory Coast. Vaccines produced by SII also became integral to India’s immunization campaign, which kick-started in mid-January.

Poonawalla’s second bet was that he could rapidly scale up production to more than 100 million doses a month and ship most of them overseas. But almost straight out of the gate, SII stumbled. First, there was the fire: on Jan. 21, 2021, a blaze broke out during construction at one of the company’s plants in Pune. Officials said the fire, which killed five workers, was caused by an electrical short circuit. SII initially claimed this wouldn’t affect COVID-19 vaccine production, but afterward, it struggled to produce more than 60 million doses a month. Poonawalla later admitted the fire set back production two to three months.

Meanwhile, triggered by U.S. export restrictions earlier in 2021, SII had trouble procuring raw materials like vials, syringes and bioreactor bags, which further slowed production. Then cases started rising sharply in India, leading to a devastating second wave in April and May. Prime Minister Narendra Modi’s government had been vague to that point about how many vaccine doses it would purchase from SII, and had not given any financial assistance to the company to help it scale up production. But when Indian states began to pressure the Modi government about vaccine supplies, it responded by banning the export of vaccines beginning in April. 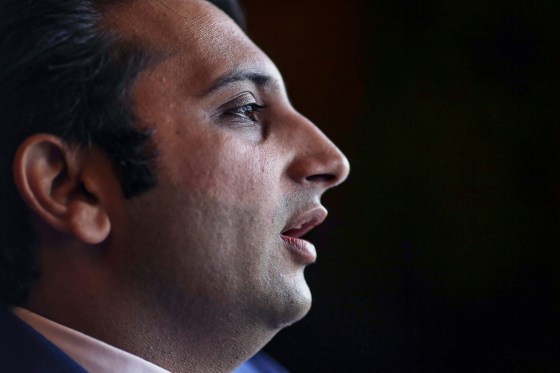