The End of Mercury for Children and Pregnant Women 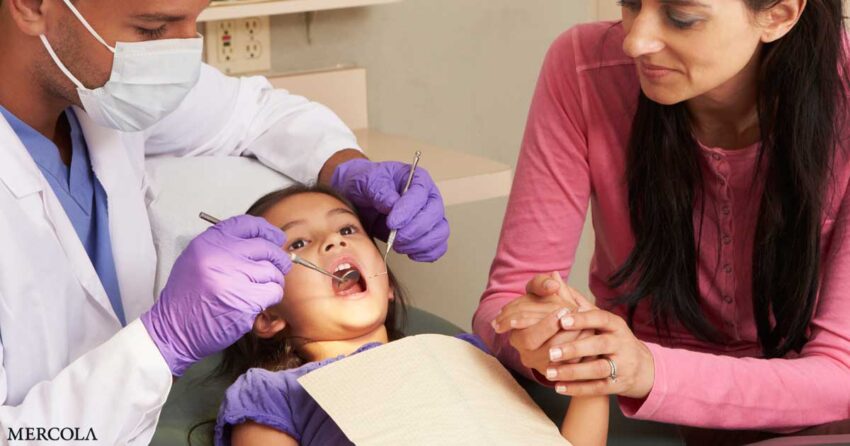 We are witnessing the beginning of the end for the use of mercury in dentistry worldwide, following two monumental advancements. The hard work of Consumers for Dental Choice, and the ongoing support of all of our readers, has brought us to this place and will protect the health of future generations.

The Fourth Conference of the Parties (COP) of the Minamata Convention on Mercury agreed to amend the treaty March 25, 2022, to call for the end of the use of amalgam — or mercury fillings (also known, misleadingly, as “silver” fillings) — in deciduous teeth of children under 15 and pregnant and breastfeeding women.1

According to an email from Charlie Brown of Consumers for Dental Choice to me, the amendment will take effect December 25, 2022. “This treaty amendment, plus the ongoing exit of the major amalgam manufacturers creates the momentum we need to wipe out amalgam use. On to victory!” Brown added.

Treaty Amendment Protects the Most Vulnerable

The Minamata Convention on Mercury encompasses a broad package of mercury reduction and elimination measures worldwide. In an intense three-year campaign from 2010 through 2013, the umbrella global alliance founded by Consumers for Dental Choice, the World Alliance for Mercury-Free Dentistry, succeeded in securing a strong amalgam plan in the treaty.

The Minamata Convention on Mercury entered into legal force in 2017, triggering conferences of the parties to implement it worldwide. At the first Conference of the Parties of the Minamata Convention, held in Geneva in October 2018, Brown challenged the world to equal or exceed the new amalgam policy of the European Union, which banned the use of mercury fillings in children under 15 and in pregnant and breastfeeding women, effective July 1, 2018.2

The worldwide campaign to end amalgam for children — as a springboard to ending its use entirely — reached another major milestone at the March 2022 COP. With Africa and the EU leading the way, governments around the world have signaled that they’re no longer willing to put the most vulnerable at risk from mercury fillings. In a news release, International Pollutants Elimination Network (IPEN) representative Gilbert Kuepouo said:3

“This breakthrough decision is the beginning of the end of dental amalgam use around the world. There is finally official acknowledgement that mercury fillings can have adverse health effects on women and children. Mercury is a dangerous neurotoxin, and it cannot be justified any longer to place it in the mouth of women and children.”

Signs that the world is coming together to phase out dental mercury have been increasing in recent years. In a report released by the European Commission in August 2020, it’s stated:4

“The review undertaken makes clear that the phase out of the largest remaining use of mercury in the EU — dental amalgam — is technically and economically feasible … Therefore, the Commission will present to the European Parliament and the Council in 2022 a legislative proposal to phase out the use of dental amalgam.”

In September 2020, the U.S. FDA also issued a safety communication to warn about the use of dental amalgam in certain high-risk populations. The FDA warned that the following groups “may be at greater risk to the potential adverse health effects of mercury exposure”:5

The warning came due to concerns that these populations could be exposed to harmful levels of mercury vapor from the fillings, and the potential for mercury to convert to other harmful mercury compounds in the body. In addition, they cited concerns about whether “the degree of accumulation of mercury from dental amalgam results in negative (adverse) health outcomes.”6

In fact, it’s well-known that dental amalgam, which contains about 50% mercury, is harmful, as mercury is toxic to the nervous system.7 When you chew food or brush or grind your teeth, mercury vapors are released from the fillings. You’re also exposed to such vapors at the time the fillings are placed, and people with mercury fillings have higher levels of mercury in their bodies than people without them.8 According to research published in the journal Radiology:9

“The release of mercury from amalgam fillings occurs through metal ions (mercury ions) and evaporation of mercury (elemental). Various conditions that occur during and after the restoration process, such as chewing, brushing, and corrosion, result in mercury discharge.

Although approximately 40% of the mercury released from amalgam passes into the saliva in the form of metal ions and enters the gastrointestinal system (10% is absorbed), 60% is released as mercury vapor and is either inhaled and enters the circulation in the lungs or is exhaled.

It has been suggested that release of mercury into the environment during the application or removal of amalgam may also have some potentially detrimental effects on the body.”

A review published in the journal Biometals10 described mercury’s toxicity as “insidious,” in part because it binds sulfur, which is found in cellular proteins necessary for both structural and functional purposes. Mercury’s effects in the body include altering membrane permeability, increasing oxidative stress and mitochondrial dysfunction and altering the production of neurotransmitters, cytokines and hormones.

“The resulting symptoms — variable and nonspecific,” the researchers noted, “may be difficult to detect until much damage has been done.”11 While your body can eliminate some mercury via urine and feces, the metal also impairs detoxification enzymes, adding to its toxicity.

Not only is mercury from dental fillings transferred to breast milk, but released mercury vapor can concentrate in the developing fetus — and developing neurons are particularly at risk from mercury damage.12

“Chronic mercury toxicity is especially insidious because symptoms are variable and nonspecific, diagnostic tests are often misunderstood, and treatments are speculative at best,” the Biometals researchers noted. “Throughout the world, efforts are underway to phase down or eliminate the use of mercury dental amalgam.”13 That statement was made in 2014 — and in 2022 we’re finally seeing signs that the end of dental amalgam use is near.

December 2020 marked the culmination of an eight-year campaign by Consumers for Dental Choice to convince Dentsply — the world’s largest dental products manufacturer — to stop selling amalgam. That month, Dentsply announced that they had discontinued sales for all amalgam products.14

Envista, the last publicly traded manufacturer of dental amalgam in the U.S., is now following suit, following letters from 118 environmental, consumer and children’s groups that called on the company to stop selling amalgam.15 Brown stated:16

“Envista is fighting the arc of history that bends toward justice. It needs to stop sending this inferior, toxic product increasingly relegated to consumers forced into American and Canadian federal government programs where they have no choice.”

As recently as 2020, Envista had disregarded the FDA’s amalgam recommendations in its marketing, while also incorrectly stating in its 2020 filing with the Securities and Exchange Commission that the FDA had taken no regulatory action on amalgam since 2011.17

“It’s incredible that Envista plans to wring the last pennies of profit from mercury-containing dental amalgam when its negative health impacts are clear,” Beatrice Olivastri of Friends of the Earth Canada said in a news release. “Shareholders of Envista should consider future potential liabilities from ongoing sales of a well-established toxic substance.”18

A letter from Envista’s lawyer, sent March 9, 2022, to Brown and Consumers for Dental Choice, confirms, however, that, in the third quarter of 2021, Envista stopped manufacturing amalgam products that may contain mercury. In addition, the letter states:19

“Specifically, we ceased manufacturing these products in the third quarter of 2021 and communicated this decision to our customers in November of 2021. As part of this communication, we cancelled many of our customers outstanding orders for amalgams containing mercury and directed our customers to our other materials that do not contain mercury.

We also engaged in a vigorous campaign to assist our customers in swapping their amalgam products containing mercury to materials that do not contain mercury. We ceased active marketing of the products in November of 2021and expect all remaining inventory will be responsibly disposed of by the end of Q1 2022.”

No Dental Mercury for Children and Pregnant Women

Now that Evista has stopped manufacturing mercury fillings, and a worldwide position to stop the use of amalgam in children and pregnant and breastfeeding women has been adopted, the end of mercury dental fillings is near. However, there are still dentists who are using this toxic product, often in people who have no choice, including low-income families, soldiers, veterans and others using government dental programs.20

Further, many dental insurance companies refuse to fully cover mercury-free dental fillings, adding more barriers to keeping this toxic substance out of human mouths. With manufacturers of amalgam drying up, however, and growing acknowledgement that the world will no longer accept this primitive practice, there is increasing hope that it will soon disappear into history.

Fortunately, mercury-free fillings are widely available. One of the most popular alternatives to amalgam is resin composite, which is made of a type of plastic reinforced with powdered glass. It’s already common throughout the U.S. and the rest of the developed world, offering notable improvements over amalgam, as, according to Consumers for Dental Choice, it:21

If your current dentist is still using mercury in his or her practice — even if they also offer mercury-free options — seek out a dentist that offers only mercury-free fillings for all patients. And, be sure to inform your dentist about the reason you’re transferring.

For those of you who have mercury fillings, I recommend having them very carefully removed by a competent biological dentist who follows professional protocols for amalgam removal. However, do not remove fillings while pregnant or breastfeeding, as this could expose you to increased mercury vapors.