In the realm of spiritual health, you can look to astrology, numerology, and tarot—among others—as tools to better understand yourself and your experiences. While people have become more familiar with astrology and look to numerology in the form of angel numbers, tarot as a self-improvement tool isn’t quite as mainstream yet. With information on tarot seeming less readily available than its spiritual counterparts, we could all learn a thing or two from picking up one (or several!) of the best tarot books for beginners to fully tap into our intuitive power by way of the deck.

Most tarot decks come with a small book to provide meaning to each card. But since these booklets are small, they often reduce the card’s meaning to a few words. It’s important to get a more thorough tarot book to synthesize how the card’s archetype can be applied to your life. “Because tarot is such an interpretive and nuanced tool, it requires a reader to develop their own language around their cards,” say Alex Naranjo and Marlene Vargas, founders and owners of Los Angeles-based metaphysical shop House of Intuition.

Learning about each card’s archetype through a book is a great way to develop your personal tarot language. “The more you know about each individual’s card meaning, the easier it becomes to develop your own intuition,” says astrologer and tarot reader Maria Sofia Marmanides, author of forthcoming The One Card Tarot Journal. Consulting various tarot books will help you learn how other tarot practitioners interpret a card—which will, in turn, allow you to “broaden your understanding of an individual card, but also see how you can incorporate that in your own interpretations—or not,” says Marmanides.

If you consider yourself a tarot newbie and are shopping for the best tarot books for beginners, Marmanides has a tip for you: “When you’re just starting out, you want a book that shows the traditional definition along with ways to begin contextualizing the card based on the question asked—like how to read the Four of Cups in a love reading versus in a financial one.”

Read on to learn what Naranjo, Vargas, and Marmanides say are the eight best tarot books for beginners—plus where to buy them.

8 of the best tarot books for beginners, according to tarot experts 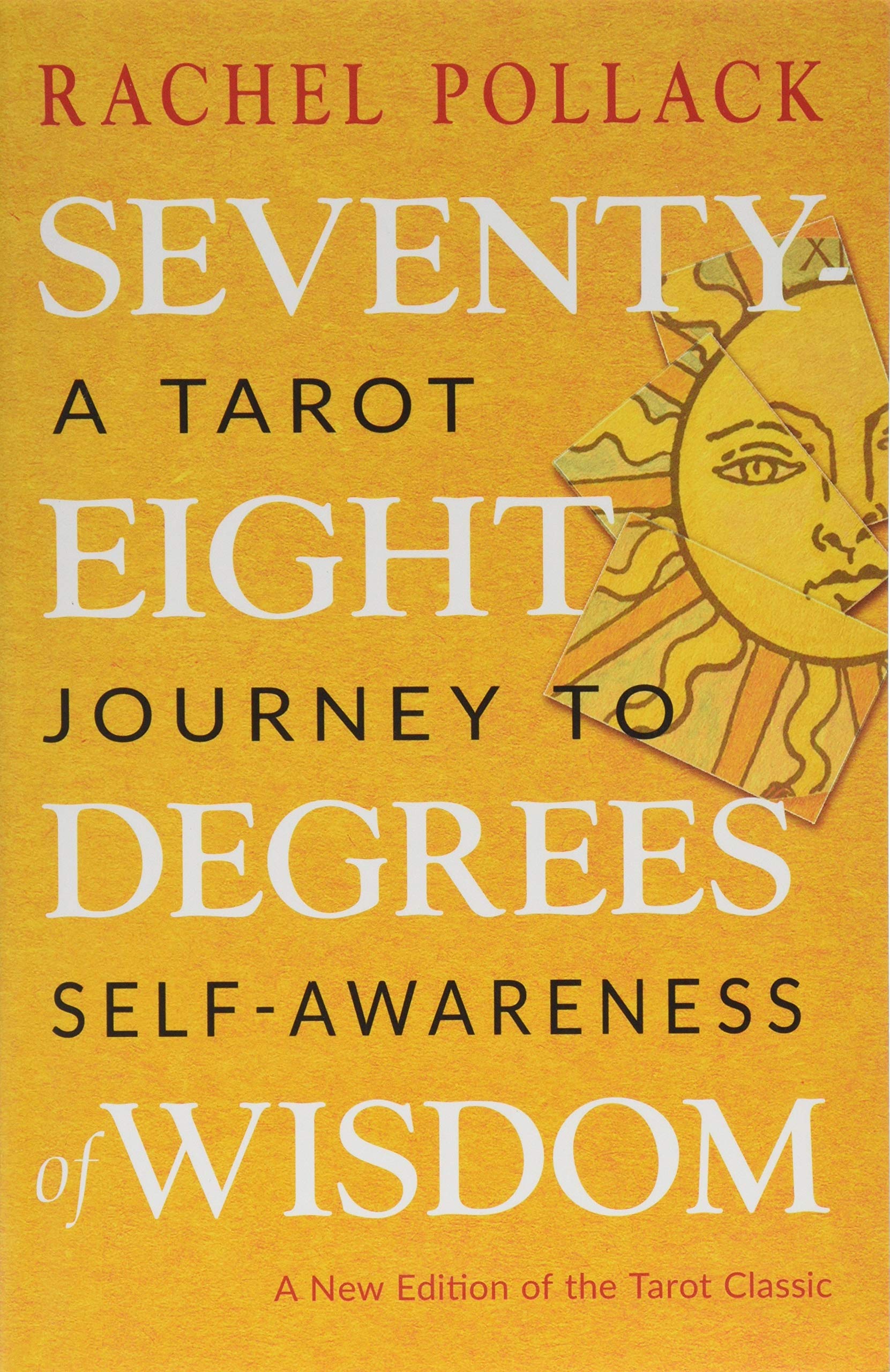 Seventy-Eight Degrees of Wisdom: A Tarot Journey To Self-Awareness by Rachel Pollack — $17.00

According to Marmanides, this book is regarded as the “Bible” of tarot books. That’s because “Pollack’s book weaves the card’s traditional meanings with context-based storytelling,” Marmanides says, adding that “It’s a must-have text for any tarot reader—one that you’ll likely turn to again and again, no matter your level of tarot expertise.”

It’s available on Amazon as a hardcover, e-book, paperback, and audiobook. More impressive than the myriad shopping options is that the book has a five-star rating from more than 2,000 users, making it one of the best tarot books for beginners. 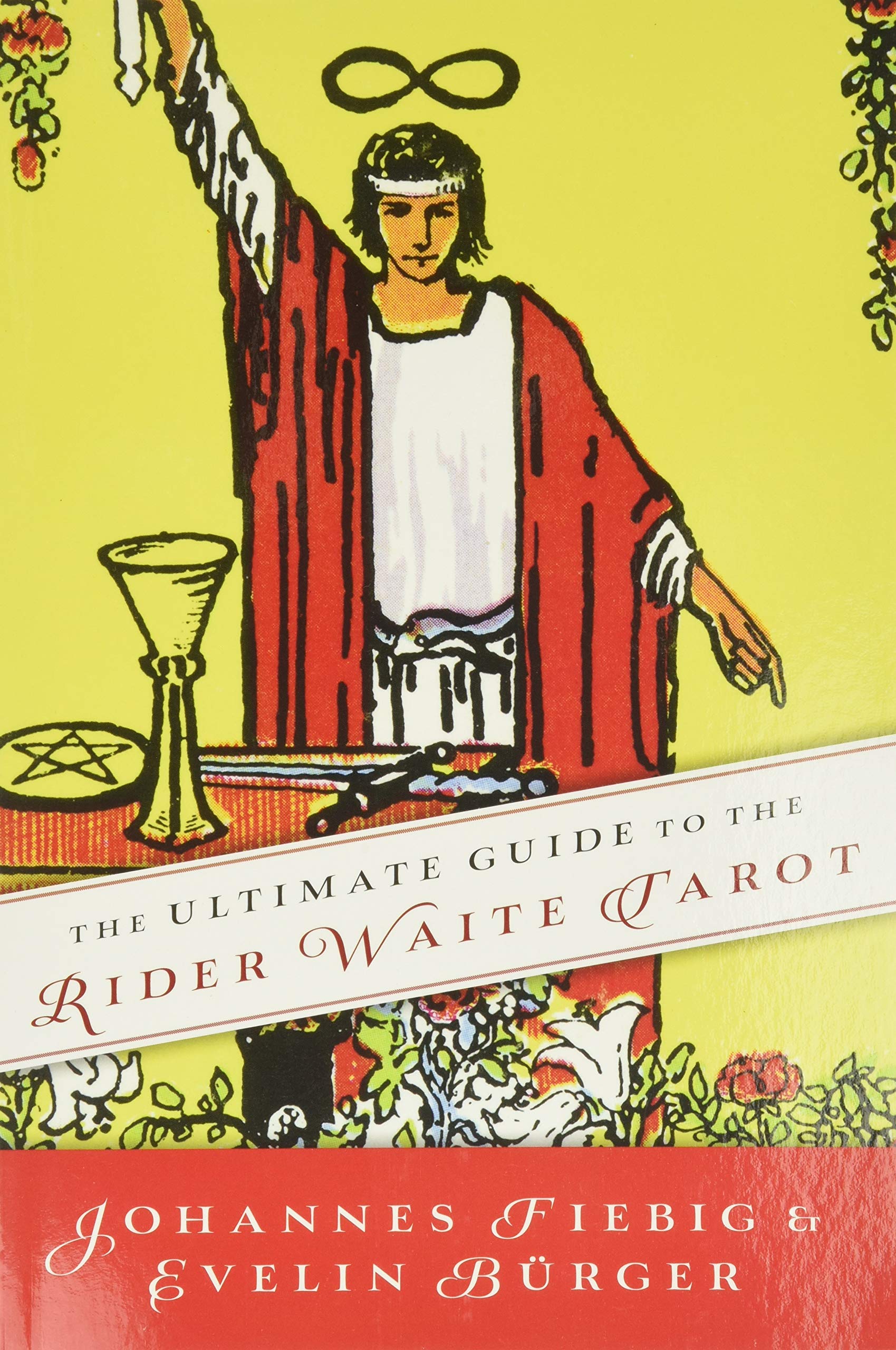 The Ultimate Guide to the Rider Waite Tarot by Johannes Fiebig and Evelin Burger — $18.00

The Rider-Waite tarot deck is among the most commonly used, especially for beginners, which makes The Ultimate Guide to the Rider Waite Tarot a perfect purchase for those who are starting their tarot-reading journey.

Naranjo and Vargas say that this was one of the first books that they read when they first dove into tarot. “When it comes to things that would be helpful for beginners, one of the most vital things we emphasize is to practice intuitively,” the duo says. “Because tarot is such an interpretive and nuanced tool, it requires a reader to develop their own language around their cards.” 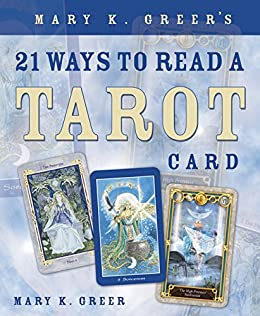 Marmanides says that this book is a classic and perfect for a beginner, because it “introduces the foundations upon which you can start expanding your approach to each individual card and begin to build your personal relationship with them.”

Essentially, this book helps you learn the meaning of each card (and comes with exercises to drive the point home), but the real kicker is that it also helps you to apply that meaning to your own life. Per the listing on Amazon, “Greer’s twenty one methods can be used in any combination for gaining amazing new insights and perspectives.” 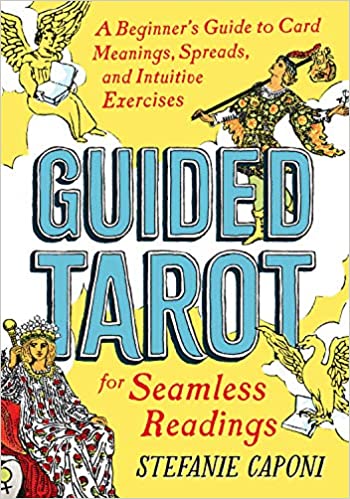 “Caponi presents the 78 tarot cards with guided exercises, profiles, reference charts, and other key tools for any tarot practitioner to develop in their celestial toolkit,” says Marmanides, adding that the book is accessible and great for foundational learning.

Amazon users also rave about this book, giving it five-star ratings, with one user saying they highly recommend this book and “love how this [it] ties back to self discovery and practical application.” 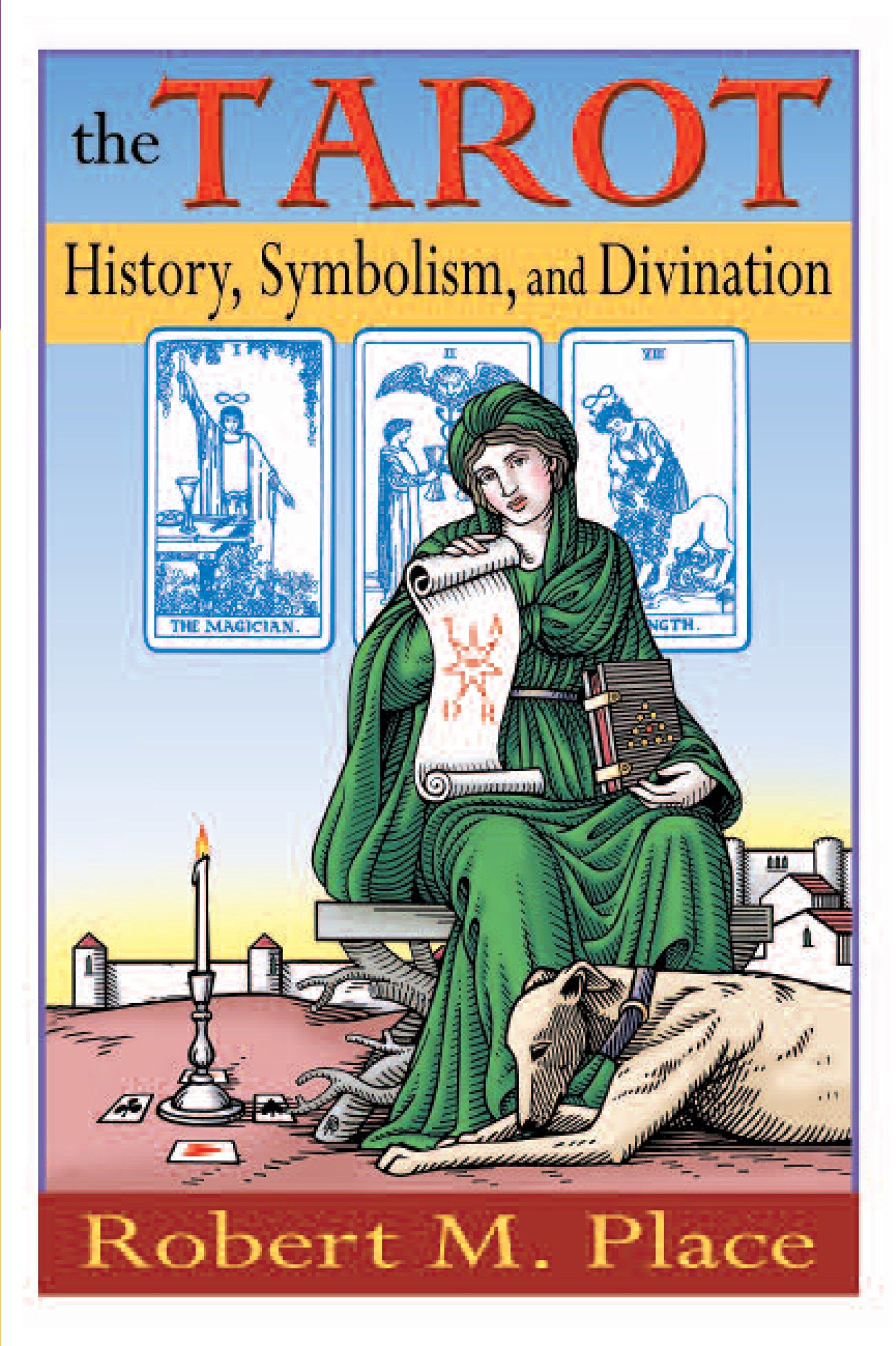 This is another one of the first books that Naranjo and Vargas read as they started their tarot journey. As its title states, this book goes into the history and symbolism of tarot, which makes it a more comprehensive approach to learning about tarot.

A promising Amazon review: “If you buy one book on the tarot, let it be this one. The first 175 pages are a little more dense than most popular books on tarot, but that is because Place presents a history of the tarot based on his wonderful ability to synthesize a wide variety of reputable sources on the tarot.” 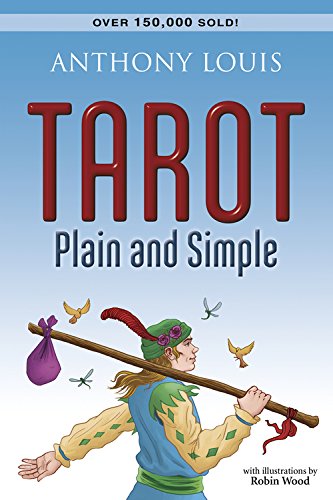 In this case, it’s perfectly acceptable to judge a book by its cover—or, rather, its title, says Marmanides. “Louis presents the ins and outs of the tarot in a straightforward and organized fashion, offering keywords but also situations and insights in which these keywords might apply.”

For readers who’ve identified that they need a bit more help connecting a card’s traditional meaning with intuitive interpretation, Marmanides says that “this book offers practical applications as a way to start developing that skill for yourself.” 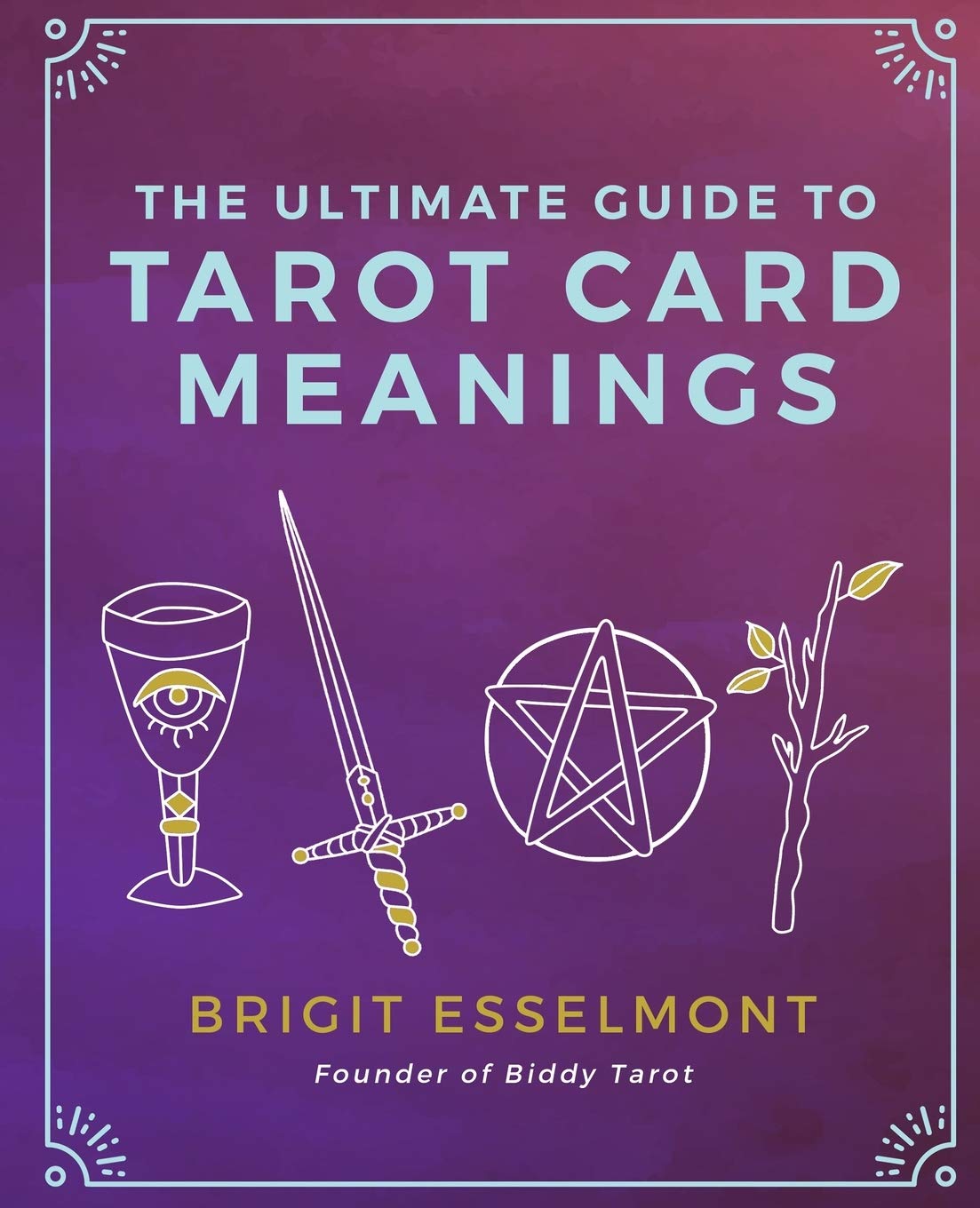 The Ultimate Guide to Tarot Card Meanings by Brigit Esselmont — $30.00

As the founder of popular tarot website Biddy Tarot, Brigit Esselmont is one of the leading experts in the field of tarot. The author replicated the warm tone of her website to write what Marmanides calls “a comprehensive resource guide ideally suited for tarot beginners who want a handy resource.”

The book comes complete with keywords, quotes, interpretations and journaling prompts, which Marmanides says readers can look to if they get stuck or confused by a card’s meaning. This is another five-star-rated tarot book and it breaks down the information into useful chunks—like by major arcana, minor arcana, and suits. 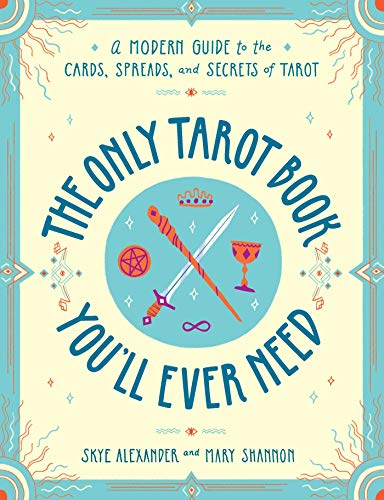 The Only Tarot Book You’ll Ever Need by Skye Alexander and Mary Shannon — $11.00

While this might be the most affordable option out of the bunch, that by no means signifies that it’s any less helpful or well-written than the rest. This is a book that’ll feel more like chatting with your bestie than learning tarot fundamentals, even tho you’re actually doing the latter.

“Alexander and Shannon present the basics of tarot with a conversational, relatable style. They introduce what tarot is, its history, how a deck is structured, and all the basics you need to know when getting started,” says Marmanides.

Want to be the first to hear about the latest (and greatest) SHOP product drops, custom collections, discounts, and more? Sign up to have the intel delivered straight to your inbox.