Tales From The Heart: What My Mother Means to Me 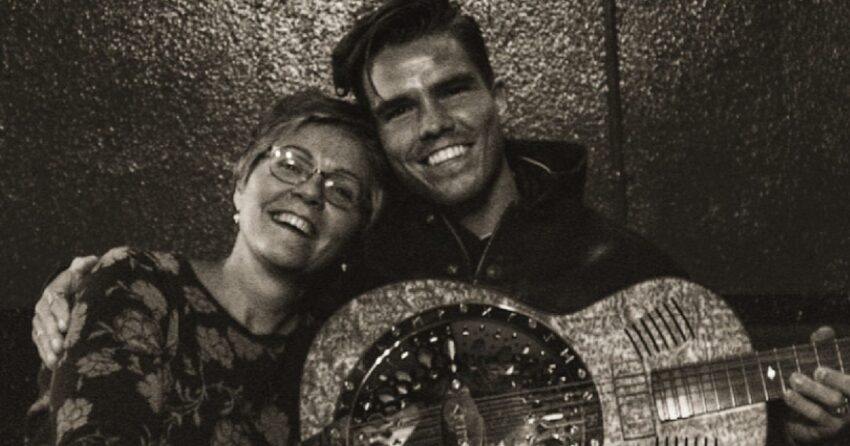 This article was produced in partnership with Pandora

In honor of Mother’s Day, Sunday, May 8, three celebrities open up to Men’s Journal about the irreplaceable roles their moms have played in their lives. Chase Rice, 36, a singer and songwriter based in Nashville, leans on his mom in good times and bad, and has immense gratitude for all she does for him.

“My mom is such an important part of my life, because she’s the only parent I’ve got left. I lost my dad when I was 22 and that changes a relationship permanently,” says Rice. “We’d always go to her for things, but now as my brothers and I are all getting older, it’s also our duty as her sons to check in on her and make sure that she’s taken care of, too.”

The steadfast devotion goes both ways. The “If I Were Rock & Roll” singer credits his mom, Connie Rice, for standing by him throughout the rollercoaster journey to success. “My mom has been there for me from the beginning of my music career—from the album that I made in college,” says Rice, noting that his mom would show up at some rough and tumble honky tonks where Rice played early in his career. “Trust me, they weren’t exactly the nicest and cleanest venues a mom could step into.”

Chase Rice and his mom, Connie. Courtesy of Chase Rice

They weren’t the arena or stadium shows that Rice now plays, but his mom didn’t care about that. “She was just fully supporting her son and that means the world to me,” says Rice.

Rice attributes his rock-solid bond with his mom to her letting him grow as a man—giving him both the support and the space he needed to evolve from a college grad trying to figure out life after losing his father to the man he’s become. “She’s helped me along the way. She’s steered me when I was headed in wrong directions. And she’s been there to support my crazy music dreams,” he says. “A lot of parents would say, ‘Don’t do that—that’s a crazy dream.’ She fully supported me—and that builds an unbelievable relationship.” Chasing that dream has since paid its dividends. To date, Rice has sold more than 2.2 million albums and his music has over 2.1 billion streams. Rice still reminisces about the first time he played at the famed Grand Ole Opry venue and in a radio broadcast in Nashville in 2014 with his mom cheering him on.

“It was kind of eerie but also kind of awesome seeing my mom right there in the front row—with this empty seat next to her,” he recalls. “Obviously I wish my dad would’ve filled that seat, but my mom had the biggest smile on her face watching me play the Opry for the first time.”

Another priceless memory happened in March 2020—just before the world shut down amid the Covid-19 pandemic—when Rice played with Garth Brooks at Ford Field in Detroit.

“I looked out and saw my whole family, from my aunt to my brothers and my niece and nephew, with my mom standing right there in the middle of them,” he says. “It’s hard to explain how much that support means when you’re in front of 70,000 people. It was pretty special.”

JJ Julius Son is the frontman and songwriter for Icelandic rock band KALEO, a group that’s amassed more than 1 billion streams and 39 international music recording certifications to date. The 32-year-old, who hails from Mosfellsbaer, Iceland, is currently based in Nashville. He couldn’t have catapulted his way to selling out headline shows here without the love and loyalty of his mom, Thorlaug Sveinsdottir.

“My mother has always been one of my role models and still is,” says Son, describing his mom as an incredibly strong and independent woman who raised him to be kind and honest, with a rock solid set of values. “I can always trust her, and she’s always there for me,” he says.

Son finds it hard to express his relationship with his mother in words, but shares one quote that stands out to him. “I read this beautiful thing the other day that goes, ‘A mother is a son’s first true love. A son, especially their first son, is a mother’s last true love.’”

Recently, Son penned his own beautiful missive to his mom—in lyrical form, of course. The song “Into My Mother’s Arms,” from KALEO’s 2021 album Surface Sounds, is a touching tribute to the woman who did so much for him. “The song is my gift to my mother and to honor her,” says Son. “It’s about that feeling and the security your mother provides for you—even in the darkest times.”

Before the album came out, Son surprised his mother by giving her the song on vinyl, along with a music box that plays the intro of the song. “I also had a painting made with a photo of the two of us from when I was young. It was a beautiful moment, like so many other memories with her,” he says.

For the beloved woman who’s ingrained in Son the importance of being kind, honest, and true to oneself, the lyrics are the most fitting gift of all: “Say, hush child, lay your worries all aside, ’cause you rest into your mother’s arms.”

Morrie Schwartz’s quote: “Death ends a life, not a relationship.” rings true for Blaise Ffrench. The 32-year-old Los Angeles-based actor, model, entrepreneur, and marketing manager for BODY ARMOR Sports Drink lost his mom, Kym Irby, when he was a teenager, but she continues to imprint upon him in big ways.

“My mom means the world to me. She sacrificed so much of her life so I could have a better one,” says Ffrench, whose single mom raised him while working long hours to support his every need. “That kind of commitment makes you go so hard at life to pay her back for everything she has done,” adds Ffrench, who was 15 when his mom passed away. “I cannot let her name and everything she did go in vain—so every day I strive my hardest to make her proud and keep her name alive.”

Ffrench traces his love of basketball directly to his mom, a huge Knicks fan, who would attend all of Ffrench’s games and practices when his own basketball journey began. “There was a point where she quit her job and focused solely on me, my schoolwork, and basketball,” he recalls, noting that his school grades soared as a result—something even more important to Irby than her son’s hoops talents. Later in life, Ffrench was able to parlay this into a scholarship for undergraduate and master’s degrees.

As Mother’s Day approaches, Ffrench takes comfort in some of his happiest memories with his beloved mother. “One year I told my mom to wear something nice, and I took her out to our favorite restaurant at the time, Red Lobster—paying with my own money,” he says. “The smile on her face was so unmatched…I’ll never forget it.” Ffrench also emphasizes his mom wasn’t only a very special woman to him, but to everyone with whom she came into contact. Even people who never met her are moved by the sacrifices Irby made for her son. “I give credit and respect to all moms out there,” says Ffrench, “especially single moms raising young boys in today’s world.” His career path is also a testament to his inspiring mother, who pushed entrepreneurship on him from a young age. “I’m so grateful to her for giving me that mindset—letting me know what I needed to do to be successful on my own terms,” he says. “I owe her the world and can’t wait to see her again.”

Every day, their deep bond endures. “My mom and I have an unbreakable bond because of the blood, sweat, and tears she put into making sure I have a better life than she did,” says Ffrench. “That kind of offering can only be reciprocated with loyalty and an obsessiveness to not let her down.”