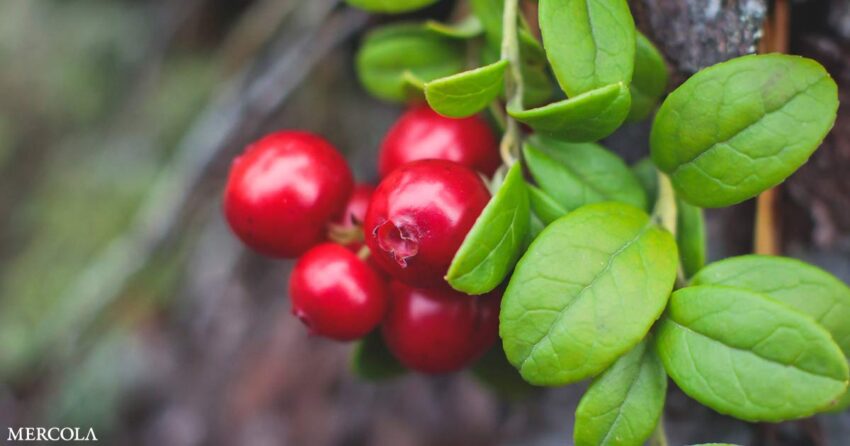 A study1 from King’s College London showed that eating cranberries every day for one month could improve cardiovascular function in healthy men. Researchers theorize it is the polyphenol proanthocyanidins unique to cranberries that may have an effect on cardiovascular health.

Polyphenols are plant metabolites that scientists believe are involved in plant defense. Research has demonstrated that a combination of these polyphenols, in addition to chemotherapeutic agents, can reduce progression in malignancies.2 Proanthocyanidins are the chemical compounds that give fruit or flowers their distinctive blue, purple, or red pigment. They are also a group of polyphenols that belong to a subclass called flavonoids.3

Flavonoids are found in fruits, vegetables, tea, wine and dark chocolate. Long studied for their beneficial effects on health, they are now an indispensable part of applications in the pharmaceutical, cosmetic and nutraceutical industries.4 Flavonoids are best known for their anti-inflammatory and antioxidant properties.

According to researchers from King’s College London, the proanthocyanidins found in cranberries are unique to the fruit and have very distinct properties.5 This distinction, in part, may be responsible for the strength of the cardiovascular effects found in participants who consumed the equivalent of 100 grams of cranberries each day for one month. The researchers wrote:6

“To our knowledge, this is the first study to investigate improvements in vascular function after daily whole cranberry powder intake in healthy humans.

In this study, we found significant improvements in our primary outcome, changes in endothelial function measured as FMD at 2 hours after first consumption and chronic effects determined fasted after 1 month of daily consumption of cranberry powder as compared to control treatment in a group of healthy men. Importantly, different patterns of metabolites predicted a large proportion of the effect.”

The research was published in the journal Food & Function7 and sought to determine if consuming whole cranberries each day could have a sustained benefit on the cardiovascular system of healthy individuals. To ascertain this, the researchers used freeze-dried whole cranberries and measured the effects of circulating polyphenol metabolites.8

Initially, the researchers completed a pilot study with five young men to determine the measurement of biological activity using freeze-dried cranberry powder. The initial pilot study found the powder could improve flow-mediated dilation (FMD) in them.9 This is a noninvasive assessment of endothelial function that has proven to be an effective prognostic indicator of future cardiovascular events.10

FMD measures how well blood vessels relax and widen as blood flow increases.11 The initial pilot study also helped confirm proper dosing that would be used during the main study, during which 45 healthy men consumed cranberry powder equivalent to 100 grams of fresh cranberries for one month.

The control group consumed a placebo for the same amount of time. Two hours after the first dose, researchers were able to measure significant improvements in FMD, which was duplicated at the end of the study. The researchers also identified metabolites of cranberries they could use to predict the positive effects they found in the FMD measurement.

Although it isn’t breaking news that fruits and vegetables may have a beneficial impact on heart health, this study provides significant evidence that the unique polyphenol found in cranberries has a strong connection to cardiovascular blood flow. Researchers were encouraged by the results. Dr. Ana Rodriguez-Mateos, the senior researcher on the study, said in a press release:12

“The increases in polyphenols and metabolites in the bloodstream and the related improvements in flow-mediated dilation after cranberry consumption emphasize the important role cranberries may play in cardiovascular disease prevention.

The fact that these improvements in cardiovascular health were seen with an amount of cranberries that can be reasonably consumed daily makes cranberry an important fruit in the prevention of cardiovascular disease for the general public.”

In 2012, a study15 from the American Heart Association looked at individuals who drank low-calorie cranberry juice. The participants drank juice or a placebo every day for eight weeks. At the end of the intervention period, blood pressure dropped an average of three points for diastolic and systolic blood pressure measurements.

As a matter of disclosure, the study was published by the American Heart Association, but funded by Ocean Spray. A second study16 published in 2021, also funded in part by Ocean Spray, analyzed the effect of drinking cranberry juice on middle-aged adults who were overweight or obese and had elevated brachial blood pressure. The participants drank approximately 16 ounces of 27% cranberry juice or a placebo over an eight-week period.

A third study18 supported by the Cranberry Institute and the Wisconsin Cranberry Board also analyzed the effect of low-calorie cranberry juice and found no significant improvements in glucose, blood pressure or lipid profile.

The cardiovascular effect of cranberries on FMD may be a unique finding for the current study since they did not use cranberry juice but, rather, freeze-dried and powdered whole fruit. In other words, the content they used in the intervention was not diluted or adulterated with additives. Cranberries have also been used in traditional medicine for the treatment and prophylaxis of urinary tract infections.19

Urinary tract infections are common outpatient complaints, affecting up to 60% of all adult women over their lifetime.20 Sexual activity is a major risk factor and recurrence of the infection within the first six months after treatment is common. A review of the literature shows that the prevalence of UTIs rises as women age and nearly double in women over 65 as compared to the overall female population.21

They found evidence to suggest the proanthocyanidins found in cranberry had a unique effect on bacteria as they stopped the bacteria from adhering to the walls of the urinary tract and blocked the development of infection.23

According to The Cranberry Institute, the unique proanthocyanidins found in cranberries are responsible for these anti-adhesion properties against harmful bacteria.24 One study25 published in the American Journal of Obstetrics and Gynecology in 2016 demonstrated that not all cranberries had the same bacteria-fighting effect.

Dr. Bilal Chughtai, lead researcher and assistant professor of urology at Weill Cornell Medical College, commented on the results of their investigation:26 “There is a lot of variability in quality and efficacy of cranberry supplements, making it difficult for consumers to know which ones will work for them.”

The researchers noted that cranberry products that may have the effect of preventing recurrent UTIs must contain at least 36 mg of proanthocyanidins. The team analyzed seven supplements available over the counter in 2016 and tested them against bacterial cultures, measuring the effectiveness of preventing bacterial growth.

The report did not identify the brands but did say that only one supplement containing 175 mg of proanthocyanidins prevented bacterial growth. A second supplement that contained 25 mg exhibited some activity against bacteria. The remaining supplements had less than 5 mg and had no effect. Dr. Deborah Wing, gynecology professor at University of California-Irvine, was not involved in the study. She commented to Reuters Health by email, saying:27

“Urinary tract infections (UTIs) are very common, particularly in women, and result in major costs related to antibiotic use, hospitalizations as well as time lost from work. Approaches to either prevent or treat UTIs which are based on use of food products could reduce some health care costs and minimize human pain and suffering.”

Flavonoids Each Day Help Keep the Doctor Away

Regularly including foods high in flavonoids has also been shown to reduce your risk of death from heart-related conditions and malignancies. There are about 6,000 identified and distinct beneficial flavonoids.28

Findings from a collaborative study29 between researchers in Denmark, Australia, Northern Ireland and France show how you can lower your risk of heart disease, cancer and all-cause mortality when your diet regularly contains foods high in flavonoids.

The researchers spent 23 years studying the diets of 56,048 Danish people and found moderate consumption of foods high in flavonoids was inversely associated with all-cause, cardiovascular and cancer mortality. After reaching 500 mg per day, the association between flavonoid intake and lower risk plateaued.30

Individuals who were smokers or had a high alcohol consumption also benefited greatly from a diet rich in flavonoids. However, eating a lot of flavonoid-rich food does not outweigh the damage done by tobacco and alcohol use. Darkly colored fruits and vegetables, as well as dark chocolate and teas, are typically high in flavonoids.

In a study published in the Journal of Translational Medicine,31 researchers observed that the more flavonoid-rich foods people ate, the less apt they were to develop heart disease, experience a nonfatal heart problem or die from heart disease. And from 12 studies used in a meta-analysis reported in PLOS One,32 the incidence of breast cancer “significantly decreased” in women who reported a high intake.

Cranberries offer more than flavonoids. Resveratrol is another type of phytochemical found in the little red berries that have antioxidant, anti-inflammatory and anticarcinogenic properties. One Polish study33 evaluated five different cultivators commonly found in the country and found that the common cranberry had the highest quantity of resveratrol.

Resveratrol helps protect against age-related diseases, including improving blood flow to the brain, suppressing inflammatory effects in microglia and astrocytes,34 and protecting against vascular dementia.35 A 2017 study36 showed that resveratrol could alleviate cardiac dysfunction by turning on a gene that stimulates the production of a protein called SIRT1, thus preventing disease by recharging your mitochondria.

Cranberries are a powerhouse of nutrition. They contain 24% of the daily value for vitamin C, 7% of vitamin A and 7% of vitamin K.37 The fruit is rich in manganese and has 5.1 grams of dietary fiber in every 110-gram serving. All this nutrition is packed into 50 calories.

Fiber is essential to the health of your gastrointestinal tract and can help optimize your cholesterol levels. Plus, you feel full longer, so you eat less, which helps maintain your optimal weight. As an added bonus, fiber-rich foods also help to control your blood sugar.

One cup of chopped cranberries contains just 4 grams of sugar. However, when you compare that against unsweetened cranberry juice, you’ll find the juice has no fiber and 31 grams of sugar.38

The whole cranberry is much healthier than the juice and there are many delicious recipes that can help you incorporate cranberries into your daily regimen. Although dried cranberries, also known as craisins, may seem convenient, they also have had sugar added. A great alternative is to dry your own cranberries at home.