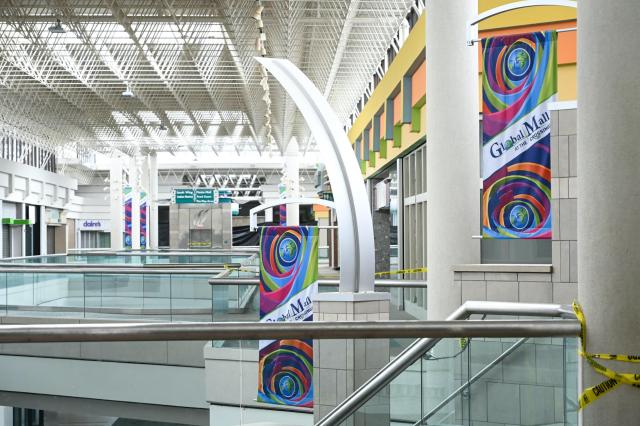 The hulking Hickory Hollow Mall — a full 1.1 million square feet of retail space in southeastern Nashville — was once the largest shopping center in Tennessee. But like many malls, it’s been in a downward death spiral for more than a decade.

Now the mammoth complex surrounded by acres of parking is on track to join the ranks of malls making a transition into a booming economic sector: medicine. Vanderbilt University Medical Center has had such success reviving a different mall that its health system, Vanderbilt Health, plans to add medical clinics at the former Hickory Hollow Mall, rebranded a decade ago as the Global Mall at the Crossings.

“The possibilities for service offerings in a facility of this scale are endless,” Dr. Jeff Balser, the medical center’s CEO, announced in March. What big-city health systems need most is something shopping malls have plenty of: space and parking. They offer convenience for patients and practitioners, as well as costing less than expanding an existing hospital campus.

Nationwide, 32 enclosed malls house health care services in at least part of their footprint, according to a database kept by Ellen Dunham-Jones, a Georgia Tech urban design professor. One of the first was Jackson Medical Mall in Mississippi, founded by Dr. Aaron Shirley in 1996. Nearly a third of those medical transformations have been announced since the start of the covid-19 pandemic.

The more recent additions include the Capital Hill Mall in Helena, Montana, where Benefis Health System is building a 60,000-square-foot primary care and specialty clinic on part of the 13-acre site that was razed in 2019. In Alexandria, Virginia, Inova Health System is part of a billion-dollar mixed-use development on the Landmark Mall site, which includes plans for a full-service hospital and trauma center.

The lockdowns brought by covid — both required and voluntary — pushed many bricks-and-mortar retailers already on the brink out of business. But medicine’s reuse of retail space is more than pandemic opportunism, according to a November article in the Harvard Business Review. The three authors suggest the rise of telemedicine and continued push toward outpatient procedures will make malls increasingly attractive locations for health care.

In 2017, her company started redeveloping the Citadel Mall, whose anchor tenant is now the Medical University of South Carolina. The clinics and surgery centers are housed in the old J.C. Penney department store.

In many cases, the transition to medicine is intended to complement what remains of the retail. At Citadel Mall, a spouse with a partner having outpatient surgery must stay on-site. But browsing Target, Davis said, still counts as on-site.

“We feel like this model can work in communities across the country that are struggling with similar malls that are underperforming,” she said.

Since 2009, Vanderbilt Health has added 22 specialty clinics to nearly a half-million square feet of One Hundred Oaks, a mall still owned by investors. The mall retains big-box retailers on the ground floor, but the mall interior is now virtually all medical.

In some of these deals, such as those for Alexandria’s Landmark and Nashville’s Hickory Hollow malls, the local government has bought the mall property that the hospital system leases, so those portions no longer generate property taxes.

Some failing malls like Hickory Hollow in Nashville are in diverse neighborhoods that need increased access to health services. The surrounding ZIP codes had Nashville’s highest rates of covid infections early in the pandemic and they have some of the lowest rates of primary care visits, according to survey data from the nonprofit NashvilleHealth.

Mall locations remain desirable. Many are even more convenient to dense populations and interstates than when they were built nearly 50 years ago, before surrounding suburbs filled in.

When retiree Jennifer Johnson moved to Nashville to be closer to her grandchild, her family warned her not to see a doctor at Vanderbilt’s main campus, which is under perpetual construction. She quickly understood why.

At One Hundred Oaks, she said, “you can go straight up the escalator and straight down the hall — easy peasy.”

Despite the size and age of many malls, they are fairly easy to navigate compared with many hospitals. In Charleston, the Citadel Mall uses football-style yardage marked on the floor to help patients find the right clinic (a detail that its owner insisted on and dubbed the “secret sauce”).

By contrast, many hospital campuses confound patients. Vanderbilt’s main site in the West End area of Nashville has been expanded two dozen times since the first building was constructed in 1925.

“Most of these hospitals are in areas where there’s just no room to grow. And if you do, it’s so expensive,” said Andrew McDonald, a former hospital administrator who leads health care consulting for accounting and consulting firm LBMC. “These buildings are old. They’re antiquated. They’re very expensive to maintain.”

Malls make for a nice fit, at least for big health systems, McDonald said. They can essentially move everything short of the emergency room and intensive care unit — including surgery and imaging centers — and keep them clustered. While doctor offices are often scattered around a hospital district, in a mall setting, if someone needs an MRI, it’s right beyond the food court under the same sprawling roof.

“It just creates a whole lot more efficient flow for the patient going through the health care system with whatever infirmity they may have,” McDonald said.

Vanderbilt’s renovation of the former Hickory Hollow Mall will also create an employment pipeline for medical technicians from Nashville State Community College, which already has a location in what was previously a Dillard’s department store.

The mall has been mostly empty for years, which makes no sense to nearby resident Ricky Grigsby. The area around it is otherwise booming.

“Somebody needs to do something with it,” he said. “It could be jobs for somebody.”

Grigsby just retired from Vanderbilt after a career spent managing surgical instruments for busy operating rooms on the main campus. Now he’s a patient along with everyone else — looking for a more convenient place to receive care.

Bundling care in suburban shopping mall sites also makes sense because of their surrounding demographics, Dunham-Jones said. These areas are no longer filled primarily with young families, who first flocked to the planned neighborhoods and shopping centers built in the 1970s.

“The adults are still in the suburbs, but the kids have long since grown,” Dunham-Jones said. And now those aging parents who remain are “pretty heavy-duty health care consumers.”

This story is from a partnership that includes Nashville Public Radio and KHN.