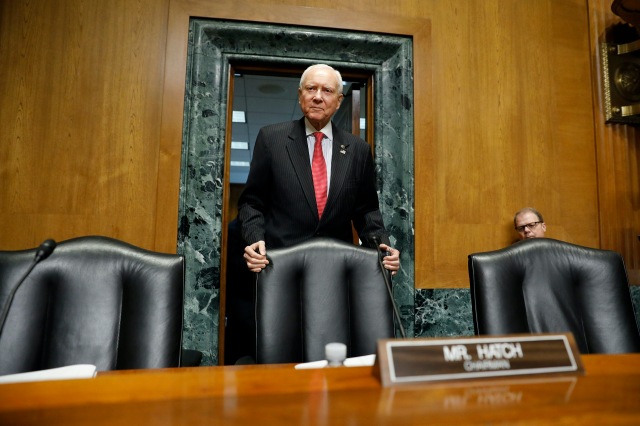 When it comes to health policy, former Utah Republican Sen. Orrin Hatch, who died April 23 at age 88, leaves a complex legacy of major legislative achievements, changing positions, compromises, and fierce opposition. In many ways, though, Hatch’s evolution and leadership on health policy during his four decades in the U.S. Senate mirror that of the Republican Party.

When he came to Washington as a neophyte politician after an upset victory in 1976, Hatch was a conservative firebrand, one of the early leaders of the “New Right” bent on dismantling the federal welfare state and banning abortion. A former trial lawyer, the new senator had never before held public office.

But the election of Ronald Reagan in 1980 and the Republican takeover of the Senate that made Hatch chairman of the powerful Labor and Human Resources Committee (now the Health, Education, Labor and Pensions Committee) turned him into something of a pragmatist. That pragmatism, it should be noted, was somewhat forced: Even though Hatch was technically the chair, there were enough moderate Republicans on the panel to give the ranking Democrat, Massachusetts’ Edward Kennedy, effective control over what could be passed by the committee.

So Hatch learned to compromise — and to legislate. In 1984, he negotiated with liberal Rep. Henry Waxman (D-Calif.) what is still referred to as the “Hatch-Waxman Act.” It’s better known as the law that allowed, for the first time, approval of generic copies of brand-name drugs. Although far from a panacea, it is still the single-biggest advance in the fight to rein in high drug prices.

When the Democrats took back the Senate after the 1968 elections, Kennedy became chairman of the committee and Hatch, the ranking Republican. The two teamed up on a series of landmark legislative achievements, from the Ryan White program on AIDS treatment and the Americans with Disabilities Act to the first major federal child care law. And while Hatch was a strong foe of national health insurance, he and Kennedy ultimately pushed through Congress in 1997 the bill to create the Children’s Health Insurance Program, which provides low-cost health insurance for low-income families who don’t qualify for Medicaid.

The stridently anti-abortion Hatch was outspoken about his support for federal funding for research on embryonic stem cells derived from aborted fetuses. “I think it’s the ultimate pro-life position, because I believe being pro-life is not just caring for the unborn but caring for those who are living,” he told NPR in 2007.

But like much of the Republican Party in Congress, Hatch returned to his conservative roots after the election of President Barack Obama in 2008. A supporter of the so-called individual mandate requiring people to have health insurance when it was the quasi-official GOP position in the early 1990s, Hatch became an outspoken foe. “Congress has never crossed the line between regulating what people choose to do and ordering them to do it,” he said in 2010.

After moderate Utah Republican Sen. Robert Bennett was ousted in a primary in 2010 and replaced by conservative favorite Mike Lee, Hatch grew more conservative to win reelection in 2012. His final term in the Senate was marked by efforts to overturn the Affordable Care Act and further restrict abortion access. The devout Mormon, who in his spare time wrote lyrics for best-selling Christian music, even called the ACA “the stupidest, dumb-ass bill that I’ve ever seen. Now some of you may have loved it; if you do, you are one of the stupidest dumb-ass people I’ve ever met.” He later apologized for the statement.

A former Kennedy aide, Jim Manley, told The Salt Lake Tribune that “no one epitomizes the rightward lurch of the Republican Party more than Sen. Hatch.”

In one final twist, however, Hatch pushed as his successor the 2012 GOP presidential nominee, Mitt Romney. In just his first few years, Romney has become one of the most moderate Republicans in the chamber. That may prove to be Orrin Hatch’s final legacy.

HealthBent, a regular feature of Kaiser Health News, offers insight and analysis of policies and politics from KHN’s chief Washington correspondent, Julie Rovner, who has covered health care for more than 30 years.