Psilocybin Could be a Therapeutic Breakthrough For Addiction 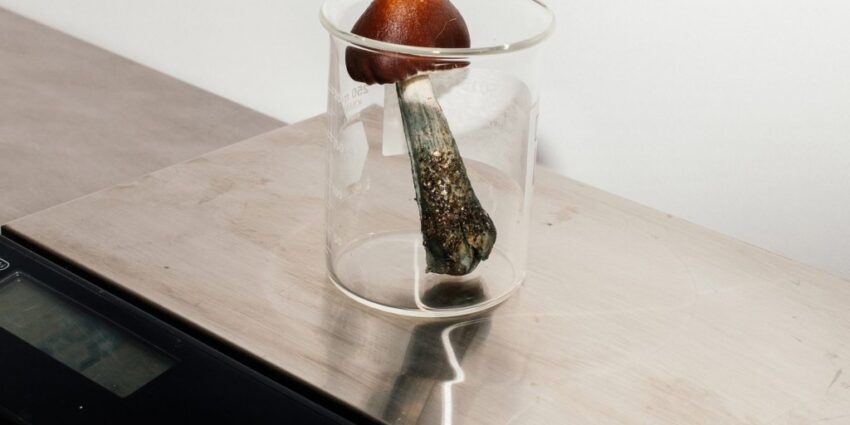 To the uninitiated, psilocybin—the substance that gives ‘magic mushrooms’ their psychedelic qualities—could be dismissed as a recreational drug. Like many other psychedelics, it is banned by the U.S. government as a Schedule 1 substance, meaning it supposedly has high potential for abuse and no currently accepted medical use in treatment. However, to many medical science researchers, psilocybin is much more: a promising treatment for a range of health issues. In particular, experts increasingly see the chemical as a potentially effective, low-risk tool to help patients break their dependencies on other substances. Given that more than 100,000 people died after overdosing on opioids and other drugs in the U.S. last year, it’s an understatement to say it’s urgent to find new, effective treatments for substance use disorder.
[time-brightcove not-tgx=”true”]

The research supporting psilocybin’s use in this context has been growing for a while now. One of the most recent such studies, published in Scientific Reports on April 7, looked at data from 214,505 U.S. adults in the National Survey on Drug Use and Health (NSDUH) from 2015 to 2019, and found an association between past use of psilocybin—at any time in their lives—and a reduced risk of opioid use disorder. The researchers looked at 11 criteria that scientists use to diagnose opioid use disorder (for instance, spending a significant amount of time getting and using drugs), and found that past psilocybin use was significantly correlated with lowered odds of seven of items on the list, and with marginally lowered odds of two others.

There’s a major caveat with this study: because it was looking at correlations, it didn’t find any definitive proof that psilocybin use in-and-of-itself reduces the risk of opioid use disorder. While the researchers controlled for things like educational attainment, annual household income, and age, there may be social or personal characteristics that make psilocybin users different from people who didn’t decide to use the drug, says Grant Jones, a graduate researcher at Harvard University who co-authored the study. “Maybe there’s different psychological profiles that make [some people] more immune to developing substance use disorders; we don’t know,” says Jones.

Nevertheless, the study adds to growing evidence that psilocybin is worth investigating as a treatment for substance use disorder. For example, a 2017 Johns Hopkins University pilot study, co-authored by Albert Garcia-Romeu, found that the majority of 15 participants were able to quit smoking for at least 16 months after receiving two to three moderate to high-level doses of psilocybin. A similar proof-of-concept study into alcohol use disorder in 2015, led by Michael Bogenschutz, a professor of psychiatry at New York University Grossman School, found that abstinence among addicts increased significantly following the use of psilocybin. Observational studies, including Jones’ report and additional research from Garcia-Romeu, have also found that psilocybin is associated with a reduced risk of using substances like cocaine, marijuana, and opioids.

Read more: Inside Ibogaine, One of the Most Promising and Perilous Psychedelics for Addiction

Additional research has shown another potential therapeutic use of psilocybin: to assuage depression. For instance, a small randomized clinical trial published in JAMA in 2020 found that psilocybin-assisted therapy caused a rapid reduction in the symptoms of major depression symptoms, and that the effects remained statistically significant at least four weeks later. Another study, published this year in the Journal of Psychopharmacology, found that among a small group of participants with depression who received two doses of psilocybin with supportive therapy, 75% still had some response to the treatment, and that 58% were in complete remission from depression. In another study co-authored by Jones, published earlier this year in the Journal of Psychopharmacology, he and colleague Matthew K. Nock reviewed NSDUH data, and found that psilocybin use was associated with a reduced risk of major depressive episodes.

Despite all that, Jones acknowledges that there’s still a lot to learn about psychedelics. “The thing that always strikes me about psychedelic research is that even though there’s an immense amount of excitement, and a lot of attention, and a lot of a lot of financial support that’s flowing into the space, the actual body of literature is still very sparse,” Jones said. “I think we’re exploring the boundaries of the benefits of well-being.”

Several clinical trials focused on mental illnesses like depression have shown that psilocybin appears to boost patients’ moods, even weeks after taking the drug. Exactly how remains uncertain, but researchers have a few ideas. For example, psilocybin appears to increase the brain’s neuroplasticity—the ability for neural networks to shift and rewire. In a study published April 11 in Nature Medicine, for example, researchers found that psilocybin helped to broadly build more connections between different parts of the brain, while simultaneously reducing interactions between brain areas connected with depression—and, in terms of outcomes, psilocybin use seemed to reduce patients’ depressive symptoms. In research in both people and animals, psilocybin appears to make it easier to break out of habits and become more adaptive, says Bogenschutz. “It increases the capacity of the brain to change, and therefore for thinking and behavior to change.”

In addition, evidence from animal trials suggests psilocybin’s effect on mental wellbeing may be connected, in part, to its ability to reduce inflammation—an immune response in the body’s tissues to dangers ranging from stress to physical injuries, which researchers have found is associated with psychiatric disorders like depression.

Biological mechanisms aren’t the only reason scientists are excited about psilocybin and other psychedelics—there’s also the psychological experience of taking the drugs. “The types of experiences that people often have with these drugs can be highly meaningful, insightful, and also sometimes spiritual in nature,” says Garcia-Romeu. “When you ask them, those experiences are the reason that they’re making these better choices, and they’re making these behavioral changes.”

The unique advantages of psilocybin

Researchers point to two characteristics that make psilocybin an especially attractive potential treatment for mental health conditions. First, while it can trigger some dangerous side effects if not used in a controlled environment, it tends not to be addictive. Second, psilocybin can have long-lasting effects, which means people would only have to take it intermittently, putting them at a reduced risk from any side effects. “That’s a huge advantage in terms of safety…compared to taking a pill every day, and having that side effect profile follow you for months, possibly years, depending on how long you take it,” says Matthew Johnson, a professor in psychedelics and consciousness at Johns Hopkins University.

In many ways, research on psilocybin’s potential is still just beginning. Almost all psychedelic research in the U.S. came to an abrupt halt after the U.S. stepped up regulation of pharmaceutical research in the 1960s and criminalized the manufacturing and possession of psilocybin and other psychedelics. Scientists are still “reopening the books” on psychedelics to make up for decades of stalled research, says Garcia-Romeu. At this point, only a relatively few clinical trials have been published on psilocybin as a treatment for any type of substance use disorder, and many of those trials have involved a very small number of participants.

But the resulting evidence has been accumulating, and is generating an increasing amount of scientific attention on the possibilities of the drug—including, last fall, the first federal grant for studying a psychedelic treatment in 50 years, for a double-blind randomized trial looking into psilocybin as a smoking cessation tool. In Bogenschutz’s words, science has reached a “first tipping point where there’s now enough evidence [that] it’s really hard not to take the potential of psychedelics seriously.”

Read more: How COVID-19 Opened the Door to a New Era in Psychedelic Medicine

Scientists who study addiction science are anxiously awaiting the results of this, and other burgeoning research into the potential of psychedelics in their field. Substance use disorders are chronically undertreated, and few have highly effective treatment options. For example, only a minority of Americans with alcohol use disorder—the most common substance use disorder in the U.S.—receive treatment; a nationwide study conducted by the Washington University School of Medicine in St. Louis put the share of alcoholics getting the care they needed from 2015-2019 at only about 6%.

In Bogenschutz’s opinion, the psychology and physiology underlying addiction to any given substance has a lot in common with that driving addiction to other such dependencies. And that, he believes, is what makes psychedelics so promising a therapeutic for substance abuse—it seems, he says, to be a sort of panacea for addiction. “Something about psychedelic treatment of addiction that is exciting, is that the ways the mechanisms we hope it will work, are not really specific to any particular addiction,” he says. “[These drugs] could represent a therapeutic breakthrough for alcohol use disorder, other addictions, mood and anxiety disorders—a whole host of conditions.”