How to Use Remote Voluntary Contraction to Instantly Get Stronger

Root around online for ways to quickly boost your strength, and you’ll run across countless kooky ideas.

And if you’ve toyed with any of these methods, like cluster sets, drop sets, or pre-exhaustion, you know that most are moonshine.

That said, there are a handful of “weird tricks” that actually do work.

What is remote voluntary contraction, and how can you use it to boost your strength instantly? Learn the answers in this article.

What Is Remote Voluntary Contraction?

CAP refers to the increased force you can generate in one muscle due to simultaneously contracting an otherwise inactive muscle elsewhere in your body.

In other words, it explains the phenomenon whereby you become slightly stronger in one muscle when you tense other unrelated muscles in other parts of your body.

For example, clenching your jaw muscles can help you eek a bit more strength out of your quads, and driving your feet into the floor can momentarily boost your chest strength.

These “unrelated muscle contractions” are called “remote voluntary contractions,” and their role in increasing performance was first discovered in the 1880s by Hungarian physician Ernő Jendrassik.

Jendrassik realized that if a patient clenched their teeth, flexed their fingers into hooks, and interlocked their “hooked” hands in front of themselves, they could improve the strength of their patellar reflex (the reflex that’s triggered when you hit below a person’s knee) if it was otherwise weak or missing.

Since then, multiple studies have shown that doing things such as clenching your teeth, gripping as hard as possible, and using the Valsalva maneuver helps you to generate more strength and power in many muscle groups across the body.

That’s why you’ve probably heard weightlifters (particularly powerlifters and strongman athletes) say that they squeeze the barbell as hard as they can while they perform exercises like the squat, deadlift, and bench and overhead press even though the “grip muscles” aren’t prime movers in any of those exercises.

This is also why it’s wrongheaded for personal trainers to tell their clients “don’t tense up” or “keep breathing” while lifting weights. In truth, “tensing up” is exactly what you should do when lifting weights, partly because of the benefits of remote voluntary contraction.

(And if you’re interested in learning about other common myths about weightlifting, building muscle, and training in general, check out Mike’s fitness books for men and women.) 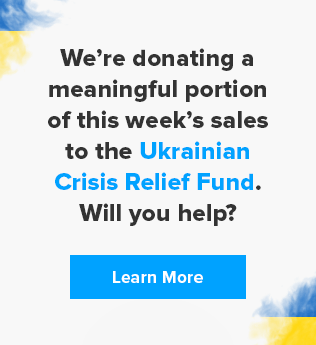 We’re not entirely sure.

However, studies show that the most likely reason is that RVC increases the amount of force your muscles can produce by positively influencing brain and central nervous system function, primarily through motor cortical overflow and inhibition of presynaptic inhibition.

The motor cortex is the area of your brain that’s responsible for making your body move the way you want it to. It’s divided into “regions” that control different areas of your body, though all regions are “interconnected” to some degree.

This overlap between regions means that when one region is firing (as it does when you perform an RVC), the activity flows into other areas of the motor cortex and “primes” those regions to fire, too.

While this happens, the central nervous system “rewires” itself to allow the release of neurotransmitters that increase the amount of force your muscles can produce.

A helpful metaphor is to think of the motor cortex like an air traffic control room for bodily movement, with a number of people sitting at computers each responsible for a different portion of your body. While each person is primarily concerned with their own little biological bailiwick, they can also communicate and coordinate their efforts.

When it’s time to contract your hand, for instance, the teams responsible for your legs, back, and chest might become more alert in case they need to contract as well.

How Much Does Remote Voluntary Contraction Improve Performance?

Using RVC isn’t going to make a night-and-day-difference in your strength. That is, clenching your teeth, bracing your abs, and gripping more tightly won’t instantly add 90 pounds to your squat, deadlift, or bench or overhead press.

That said, multiple studies show that using RVC in your training can significantly improve the amount of force and power you can produce, which should boost your performance in small but significant ways.

For example, in one study conducted by scientists at Marquette University, researchers found that when participants clenched their jaw, gripped the barbell as hard as they could and pulled it into their traps, and performed the Valsalva maneuver, they increased the amount of force they could produce while performing the back squat by up to 23%.

Likewise, in another study conducted by the same lab, researchers found that when participants clenched their teeth and performed leg extensions, they were 10% stronger than when they performed the exercise with a relaxed jaw.

What’s more, when they clenched their teeth and gripped the machine’s handles with both hands as hard as they could, and used the Valsalva maneuver, they were on average 15% stronger than when performing leg extensions without using RVC.

RVC doesn’t just improve weightlifting performance, either. Studies show it can improve athletic performance in other ways, such as . . .

How to Use Remote Voluntary Contraction in Your Training

If you want to incorporate RVC into your training, here are some good ways to do it:

Research suggests the harder you grip or bite when performing an exercise, the more you benefit from RVC.

That said, grinding your teeth isn’t exactly the best move for your oral health. If you find biting down on your own teeth uncomfortable, wearing a mouthguard gives you something soft to press your teeth into. Or, if you’d prefer not to bite, maximally opening your jaw or pressing your tongue into the roof of your mouth can be effective, too.

This increases force production, helps you lift more weight, and likely lowers your risk of injury. (Read this article to learn how to use the Valsalva maneuver.)

Some good examples of effective weightlifting cues that also help you perform RVC are “spread the floor with your feet” in the squat, “crush oranges in your armpits” in the deadlift, and “break the bar in half” in the bench press.

The post How to Use Remote Voluntary Contraction to Instantly Get Stronger appeared first on Legion Athletics.