Death Doulas Used to Be Rare. The COVID-19 Pandemic Changed That

On a cold October morning in Lander, Wyo., Liz Lightner makes a few mental notes as she sits by a stranger’s bedside. The man is 79, has lung cancer and is in a deep-sleep coma. He’s wearing a blue scuba-diving shirt that’s worn out and looks as if it’s been loved, washed and rewashed for many years. Besides the company of his cat, the man is alone and moments from dying.

Using only words, Lightner, 49, carries him away from a home that he can’t physically leave anymore and guides him under the sea, where she knows he used to be happy. She leans her head against his chest and tells him they’re now swimming together in the tropical ocean, where so many vibrant schools of fish surround them. She describes for him the striking blues and oranges of their fins, how the sun pierces through the still water and lights up the coral beneath them. She tells him he’s warm, weightless and floating.
[time-brightcove not-tgx=”true”]

Lightner sits beside the man for nearly seven hours. Before she leaves, she gently places his frail hand on his sleeping cat and reassures him that his beloved pet will be fine when he’s gone. Then she opens a window—a symbolic and spiritual gesture of passage to whatever comes next.

The man died the next day, which is expected in Lightner’s new line of work. She’s a death doula, an end-of-life coach who helps the terminally ill be at peace with dying—and she’s among hundreds of Americans who’ve embraced the rising occupation during the pandemic. 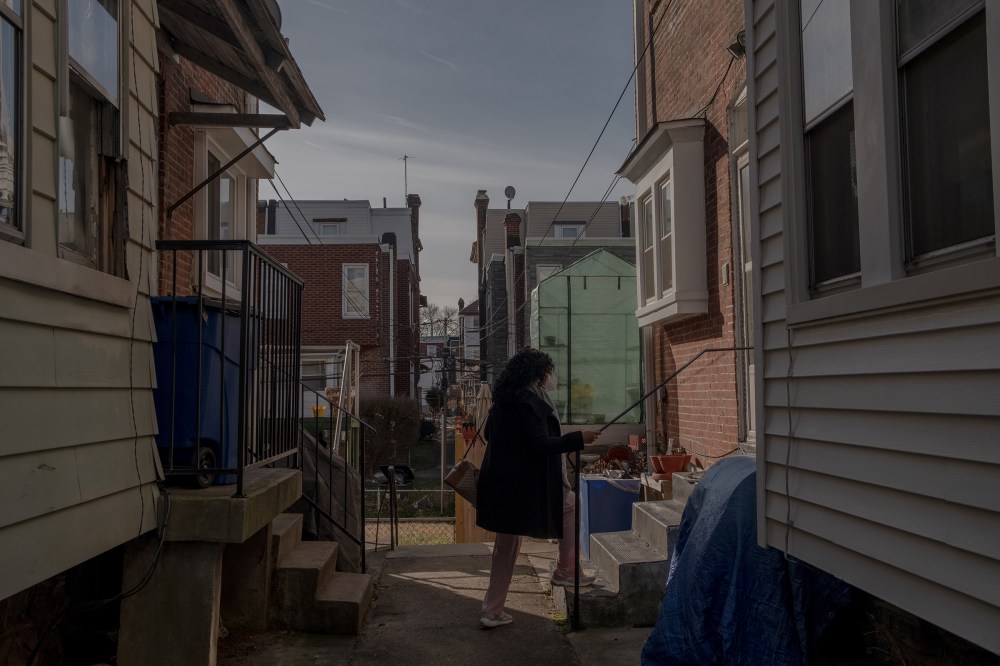 September Dawn Bottoms for TIMEEnd-of-life doulas step in to fill the emotional voids that medical workers often cannot fill, says Thornhill, who has been a doula for 12 years.

Since COVID-19 emerged in early 2020, organizations that support and train U.S. death doulas have seen significant spikes in membership and enrollment. The National End-of-Life Doula Alliance grew to more than 1,000 members in 2021, from just 200 in 2019. More than 600 people enrolled in the University of Vermont’s end-of-life doula program in 2021, compared with fewer than 200 in 2017 when the program began. Some training groups say enrollment has more than tripled during the pandemic, as has the number of people seeking help for themselves and others facing imminent death. Pre-pandemic, Merilynne Rush says her training group, the Dying Year, would get about six calls a year from people looking for an end-of-life doula. Now she fields three to four calls a month. “We’re seeing a huge flurry of interest,” she says.

That’s no surprise as the U.S. death toll from COVID-19 surpasses 866,000. In the past 22 months, “the awareness of death was in all of our faces,” says Suzanne O’Brien, whose group, Doulagivers, trained more than 1,000 people in 2021, up from roughly 380 in 2019. At the height of the pandemic in New York City, temporary morgues, including refrigerated trucks, appeared near overwhelmed hospitals. On the Internet, pleas for funeral assistance flooded in from thousands of families who’d lost loved ones to the virus.

“Whether we wanted to look away or not, we really couldn’t,” O’Brien says. That’s forced many Americans to reckon with their own mortality in new ways.

For one, more young people are writing living wills, according to several estate planners and national surveys. In 2020, a Gallup poll found that the percentage of Americans who said they have a will increased only to 45% from 40% in 2005. But for the first time, according to a Caring.com survey, people ages 18 to 34 were more likely in 2021 to have a will than those ages 35 to 54. The younger generation was the most likely to cite COVID-19 as a major reason to plan for death. “For the first time in a generation, everyone is experiencing the possibility that death may touch their lives—not someday, but now,” says Ann Burns, president of the American College of Trust and Estate Counsel. 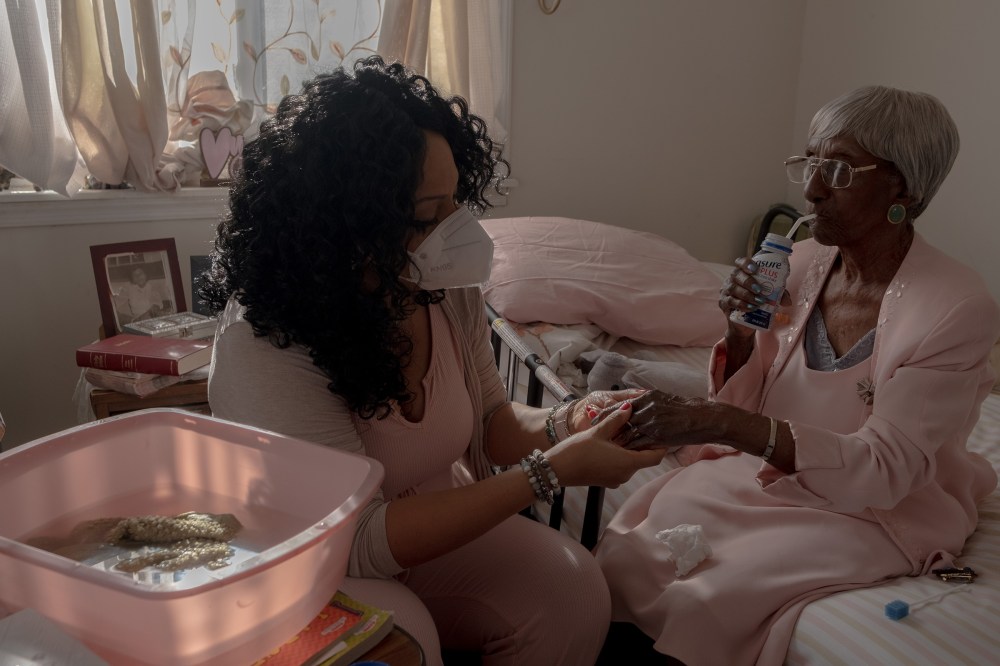 The Sept. 11 attacks prompted a similar uptick in end-of-life planning after Americans saw nearly 3,000 people die in one day, according to Bill Kirchick, a Boston-based estate attorney. The pandemic was a far greater shock to the system. “To some people,” Kirchick says, “it was a wake-up call.”

For many others, it was a call to action. After Tracy Yost, who lives in Danbury, Conn., was furloughed from her job as a fitness manager at a retirement community in 2020, she says she’d call 100 of the residents twice a week to check in. It didn’t take long to hear how “wildly isolated” they sounded. At the same time, Yost’s friends were saying their final goodbyes to their dying parents through video calls.

“I just thought, Oh my God. We have lost our way,” says Yost, 52, who became a death doula largely because she feared the pandemic would create a new generation of people traumatized by death. “We already live in a society that doesn’t talk about dying,” Yost says, adding that the taboo nature of death may be reflected in the majority of Americans who don’t have their advanced health care directives in order. Without the pandemic, Yost says she likely never would have become a doula.

On a September day in Chattanooga, Tenn., Sara Web, 38, meets with a young woman in her 20s. The woman is lost, scared and confused as her mother nears the end of her decade-long battle with cancer. Web gently draws information from the daughter as they talk about what her mother has meant to her at every stage of life. The way she cared for her daughter when she was ill; the way they decorated the house at Christmas; the beautiful moments that the younger woman will always carry with her.

One recurring happy moment stands out—the mother and daughter’s shared love of The Wizard of Oz. The dying woman has been sleeping more and more, but when Web puts on the movie, she smiles and stays mostly awake for the film. The mother and daughter absorb their final moments together on the couch as Web watches over them. Soon after, as the mother loses consciousness and enters the final stages of dying, her daughter quietly sings Over the Rainbow. 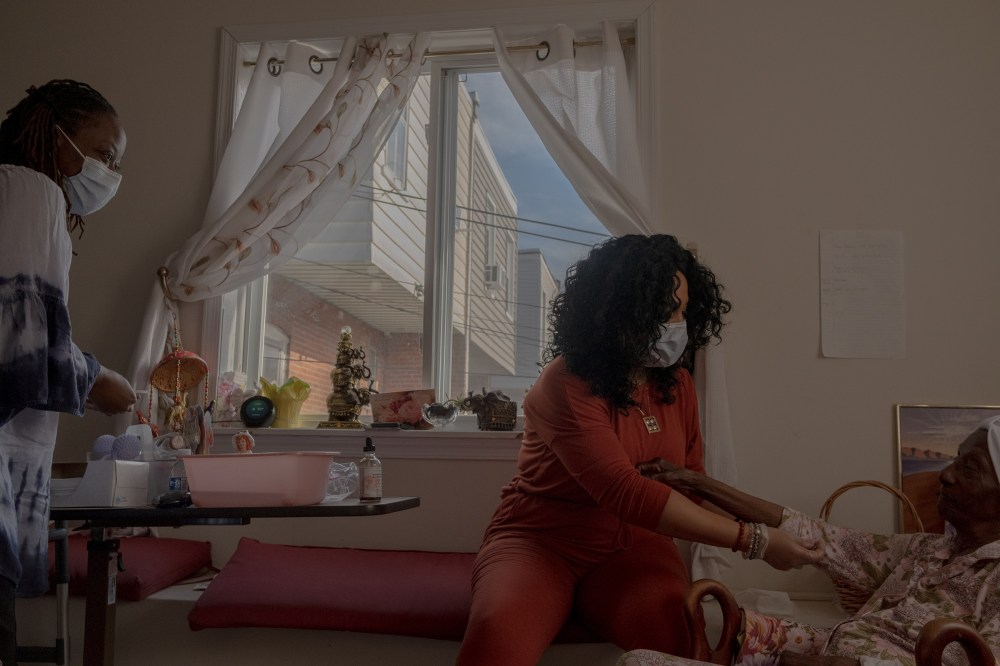 Before the pandemic, Web’s job description looked vastly different. As a former animal-enrichment coordinator, she spent her workdays coming up with creative ways to entertain the creatures at the Tennessee Aquarium—a job she lovingly compares to that of a cruise-ship director. She’s filled kiddie pools with colorful plastic balls for the mongooses to dive in and out of. She’s made giant turkeys out of construction paper and paper bags, filling them with fruits and vegetables for the lemurs. She’s fed alligators in front of live audiences.

When she was laid off in October 2020, Web says, she faced low prospects of finding another comparable zoo or aquarium job, so she pursued a career that’s been at the back of her mind since her grandmother died of pancreatic cancer more than 17 years ago. She became a death doula, in hopes that fewer people would spend their final moments surrounded by panicked loved ones the way her 82-year-old grandmother did in 2004. At age 21, it was the first time Web had experienced such a major loss. The diagnosis rocked the rest of the family.

“I was very lost in that experience,” says Web, who was more than 1,000 miles away when her grandmother died. “No one else seemed to know what to do.” Web wishes she and her family could have better understood the disease, the dying process and how much time they realistically had left, so they could’ve better comforted their matriarch. “I promised, no matter what, I would never let that happen again,” Web says.

Before she was laid off at the aquarium, Web kept two reminders of the finality of life on her office desk: a computer background image of the universe and a papier-mâché skull. “My motto was, the universe is big and life is short,” she says.