COVID-19, Overdoses Made 2021 The Deadliest Year in U.S. History 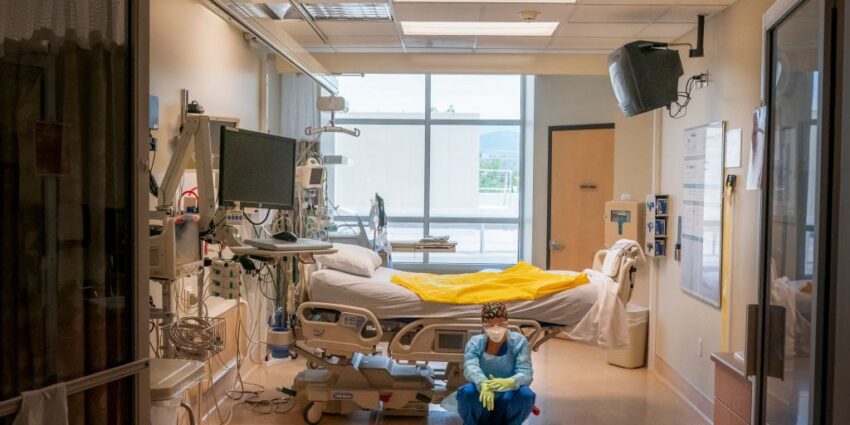 2021 was the deadliest year in U.S. history, and new data and research are offering more insights into how it got that bad.

The main reason for the increase in deaths? COVID-19, said Robert Anderson, who oversees the Centers for Disease Control and Prevention’s work on death statistics.

The agency this month quietly updated its provisional death tally. It showed there were 3.465 million deaths last year, or about 80,000 more than 2020’s record-setting total.

Early last year, some experts were optimistic that 2021 would not be as bad as the first year of the pandemic — partly because effective COVID-19 vaccines had finally become available.
[time-brightcove not-tgx=”true”]

COVID-19 deaths rose in 2021 — to more than 415,000, up from 351,000 the year before — as new coronavirus variants emerged and an unexpectedly large numbers of Americans refused to get vaccinated or were hesitant to wear masks, experts said.

The coronavirus is not solely to blame. Preliminary CDC data also shows the crude death rate for cancer rose slightly, and rates continued to increase for diabetes, chronic liver disease, and stroke.

Drug overdose deaths also continued to rise. The CDC does not yet have a tally for 2021 overdose deaths, because it can take weeks of lab work and investigation to identify them. But provisional data through October suggests the nation is on track to see at least 105,000 overdose deaths in 2021 — up from 93,000 the year before.

Adolescent overdose death counts were fairly constant for most of the last decade, at around 500 a year, according to the paper published by the Journal of the American Medical Association. They almost doubled in 2020, to 954, and the researchers estimated that the total hit nearly 1,150 last year.

Joseph Friedman, a UCLA researcher who was the paper’s lead author, called the spike “unprecedented.”

Those teen overdose deaths were only around 1% of the U.S. total. But adolescents experienced a greater relative increase than the overall population, even though surveys suggest drug use among teens is down.

Experts attributed the spike to fentanyl, a highly lethal drug that has been cut into heroin for several years. More recently it’s also been pressed into counterfeit pills resembling prescription drugs that teens sometimes abuse.

The total number of U.S. deaths often increases year to year as the U.S. population grows. But 2020 and 2021 saw extraordinary jumps in death numbers and rates, due largely to the pandemic.

Those national death trends affect life expectancy — an estimate of the average number of years a baby born in a given year might expect to live.

With rare exceptions, U.S. life expectancy has reliably inched up year after year. But the CDC’s life expectancy estimate for 2020 was about 77 years — more than a year and a half lower than what it was in 2019.

The CDC has not yet reported its calculation for 2021. But Goldman and some other researchers have been making their own estimates, presented in papers that have not yet been published in peer-reviewed journals.

Those researchers think U.S. life expectancy dropped another five or six months in 2021 — putting it back to where it was 20 years ago.

A loss of more than two years of life expectancy over the last two years “is mammoth,” Goldman said.

One study looked at death data in the U.S. and 19 other high-income countries. The U.S. fared the worst.

“What happened in the U.S. is less about the variants than the levels of resistance to vaccination and the public’s rejection of practices, such as masking and mandates, to reduce viral transmission,” one of the study’s authors, Dr. Steven Woolf of Virginia Commonwealth University, said in a statement.

Some experts are skeptical that life expectancy will quickly bounce back. They worry about long-term complications of COVID-19 that may hasten the deaths of people with chronic health problems.

Preliminary — and incomplete — CDC data suggest there were at least 805,000 U.S. deaths in about the first three months of this year. That’s well below the same period last year, but higher than the comparable period in 2020.

“We may end up with a ‘new normal’ that’s a little higher than it was before,” Anderson said.