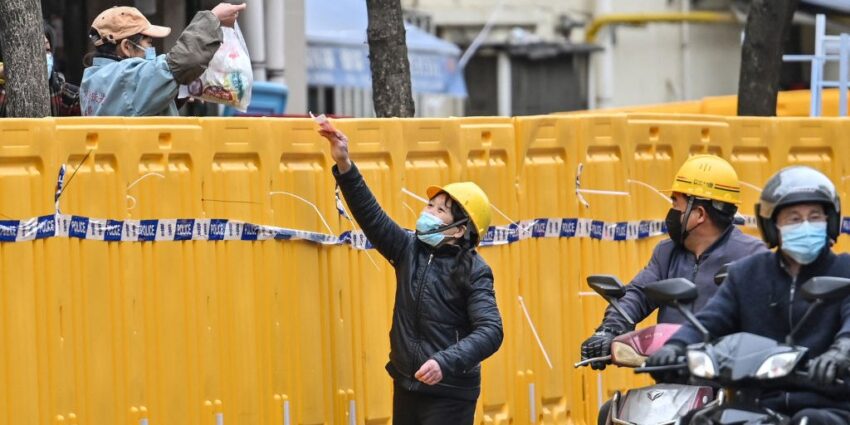 If Vladimir Putin hadn’t ordered an invasion of Ukraine, the headline-making story right now would be the intensifying war between China and COVID-19. In Shanghai (pop. around 26 million), state officials announced on March 27 that the eastern half of the city would be locked down until April 1 for mass COVID-19 testing. When that’s accomplished, the western half will be locked down until April 5. Health officials conduct tests across shut-down areas, and an infected resident can be forced into
a quarantine facility.

Tens of millions in Jilin province and the tech-hub city of Shenzhen (pop. 17.5 million) have already been locked down. But the closure of Shanghai, the commercial and financial heart of the world’s second largest economy, is the most drastic move yet taken as part of the “zero COVID” policy, a plan designed to keep COVID-19 infection numbers as close to zero as possible. The plan has been successful in limiting the spread of the virus. China’s leaders have reported fewer than 5,000 deaths over the course of the pandemic as the death toll in the U.S. nears 1 million. Even if China’s official numbers are suspect (and they are), the loss of life has surely been proportionally much closer to the levels reported in Australia, New Zealand, and Singapore, which, until recently, have also exercised ultra-strict COVID-control policies.

But zero-COVID exacts a heavy economic toll. China’s economic growth has been slowing for years as rising wages reduce incentives for foreign companies to use China as a manufacturing hub and as large-scale state investment in infrastructure and real estate development creates an oversupply of both. The pandemic and the war in Ukraine raised the costs that everyone, including China, must pay to import fuel, food, and other commodities. Shutting down half of Shanghai, even for a few days, will add to the burden.

This reality has forced an easing of some zero-COVID rules. Instead of being forced into overwhelmed hospitals, infected people with mild symptoms can now report to local quarantine facilities. The length of some quarantines has been reduced. But despite the economic damage already done, the massive lockdown in Shanghai demonstrates that China’s government isn’t ready to change course.

All this trouble comes at a politically sensitive moment. This fall, a Communist Party Congress is expected to ratify a landmark decision to award Xi Jinping a third term as China’s leader. Since the pandemic erupted, Xi has tried to deflect blame for COVID-19’s origins and for the early censorship that allowed the virus to go global. He’s made his case for the superiority of China’s system by pointing to the political turmoil, economic fallout, and higher death toll in America and Europe.

But the Omicron variant has made life in China far more complicated. It’s hit the country hard because so few Chinese have been either infected with COVID-19 or jabbed with the more effective vaccines found in the U.S. and Europe.

Xi can hope that new treatments and the development of a domestically made mRNA vaccine will come sooner rather than later. But the risk is rising that COVID-19’s disruption of Chinese life will get worse before it gets better—and that Xi will have to carefully manage the economic and political fallout to keep his long-term consolidation of political control on track.