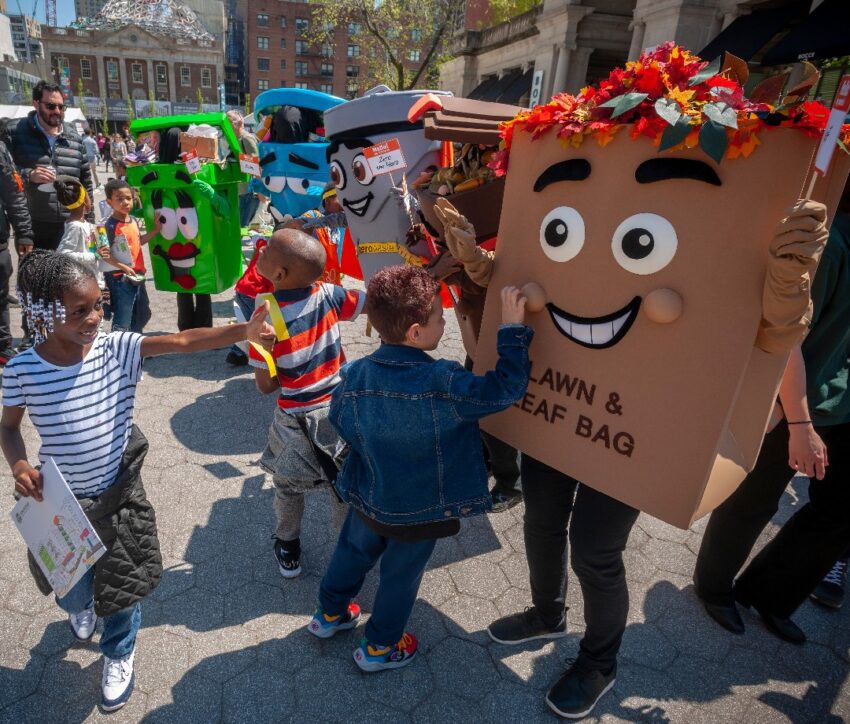 When you think of the ‘70s, disco, tie-dye, and bellbottoms probably spring to mind. Oh, and ganja—which actually wasn’t the only green fixation sweeping the nation at the time. This transformational era also gave rise to the eco-conscious movement. While the groundswell around environmentalism was already in motion, things really kicked into high gear at the start of the decade, culminating in the very first Earth Day on April 22, 1970.

The previous year, an immense oil spill in Santa Barbara, California, sparked outrage across the country. Senator Gaylord Nelson saw this as an opportunity to engage Americans in the fight against air and water pollution. He teamed up with conservation-minded Congressman Pete McCloskey and activist Denis Hayes to organize a series of “teach-ins” at college campuses and places of worship from coast to coast. An overnight success, it’s estimated that more than 20 million people took part in the first Earth Day—and it only expanded from there.

Earth Day is now celebrated in more than 190 counties around the world. In fact, it’s one of the most widely observed non-religious holidays in history. From parties and parades to protests and panel discussions, there’s not just one way to celebrate this day. Here are some of our favorite Earth Day events happening around the U.S. this year.

Bend, Oregon is world-famous for its outdoor pursuits and rugged, natural beauty, but this quaint and quirky mountain town is also committed to sustainability. So it’s really no surprise that the city hosts a pretty epic Earth Day event. Each year, The Environmental Center organizes the Earth Day Fair & Parade. This beloved celebration kicks things off with a colorful parade through the streets of Bend, complete with banners and costumes galore. Afterwards, the festivities continue with an afternoon street fair along Kansas Ave. Attendees can explore a range of local vendors, enjoy live performances, and check out the electric vehicle showcase. Little ones can hang out in the Kids’ Zone while the adults roll up their sleeves for a range of garden demonstrations and activities. Like many of the happenings already mentioned, this year marks the Earth Day Fair & Parade’s triumphant return after a two-year, Covid-induced interruption.

After a two-year hiatus at the hands of Covid-19, Dallas-based global environmental organization EarthX is back with their signature Earth Day event: Earthx2022. Founded by businessman and environmental conservationist Trammell S. Crow, the massive multi-day event is part expo, part conference, and part festival. Think South by Southwest, but entirely focused on building a better, cleaner, and healthier world for the future. A series of sessions and summits will present inspirational ideas and creative solutions to the world’s most pressing environmental challenges. Meanwhile, the free family-friendly Expo and Festival will showcase live music, food, and art while connecting attendees with exhibitors like Patagonia, the U.S. Fish & Wildlife Service, and more. Earthx2022 is billed as the largest green gathering in the world and will take place at the Kay Bailey Hutchison Convention Center from April 20-24.

Ix Art Park already has so many great things going for it. Formerly a massive fabric mill, the site’s abandoned steel and concrete skeleton has been transformed into an incredible outdoor art park. The attraction is bursting at the seams with life-sized sculptures and technicolored mural installations. And the warehouse space was completely reimagined to become Virginia’s first (and only) immersive art space, known as the Looking Glass. More than 250 events take place on the grounds each year, including a lively Earth Day event slated for April 22. The free festivities will include a variety of sustainability vendors, hands-on workshops, informative demonstrations, and a thrifted fashion show. There will also be a panel discussion with youth activists from Fridays for Future, and a screening of 2040 an Australian documentary that examines the negative impacts of climate change alongside promising technological solutions. What better way to celebrate Mother Earth than with a party? That’s the idea at the Kansas City Zoo. This year, they’re throwing a Party for the Planet on April 23 and 24. Guests can unleash their wild side while learning important conservation tips and tricks. Not only will there be a special showing of The Lorax, but children can even snap a photo with the famed, fuzzy character. Visitors are invited to partake in eco-friendly activities, like making native plant seed balls to attract garden pollinators. The zoo will also be collecting old electronics (like that cracked iPhone that’s been sitting in your junk drawer) in exchange for a surprise gift. Afterwards, explore Kansas City’s iconic jazz clubs, world-famous barbecue, and eclectic art scene.

Looking to celebrate Earth Day in the Sunshine State? Consider heading over to Downtown Orlando. Held on the beautiful grounds of Lake Eola Park, Central Florida Earth Day is the largest, longest running, and best attended event of its kind in the region. The Vegetarians of Central Florida have organized this event since 2006, and the day famously blends education, celebration, and action for the planet. Best of all, it’s free to attend and fun for all ages. Get an up-close and personal look at solar power displays, grab an organic bite from local vendors, or pop into a workshop to learn quick and easy lifestyle changes to live a little greener. There will also be live music performances by Florida-based musicians, activities for youngsters in the Earth Kids Zone, and on-site companion animal adoptions. Experience it all on April 23.

The residents of Minneapolis have built an admirable tradition around the Earth Day movement. Every April, locals and visitors alike team up during the annual Earth Day Cleanup. Held throughout the City of Lakes, participants are encouraged to volunteer by picking up trash and debris from the various parks, neighborhoods, and watersheds in the area. Bags and gloves are even provided on a first-come, first-served basis. This year’s cleanup is happening on April 23. Participants can head off on a solo mission, gather their own crew for a group effort, or register for the corresponding Earth Day 5K Bee Run/Walk/Cleanup event in Boom Island Park. The long-standing Earth Day event is a collaboration between the Minneapolis Park and Recreation Board and City of Minneapolis Solid Waste and Recycling—and it goes to show just how much we can accomplish when we work together for the greater good.