As US Nears 1 Million Covid Deaths, One Hard-Hit County Grapples With Unthinkable Loss 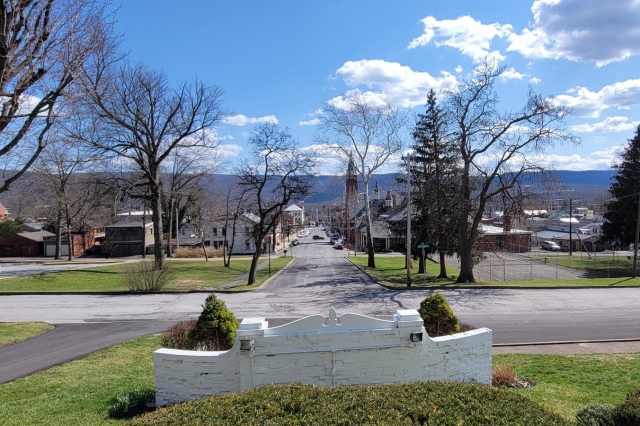 She’d seen many people in this rural hamlet in central Pennsylvania get infected yet recover within a few days. She did not get vaccinated because she worried about how a new vaccine, developed in record time, might affect her heart condition.

Last October, her youngest son, 45-year-old Eric Delamarter, developed a chest cold. He put off going to the doctor because he had customers waiting at his shop where he repaired cars, she said. When he finally went to the emergency room at Geisinger Lewistown Hospital, he was diagnosed with pneumonia and covid.

Within a few days, Houtz’s oldest son, 50-year-old Toby Delamarter, had also been admitted to the hospital with the virus and shortness of breath.

Less than two weeks later, both of her sons were dead. Neither had been vaccinated.

“Even though it does not seem fair and does not seem right, down the road we will find a reason for why things happen,” said Houtz, 71, as she sat at her kitchen table.

Eric and Toby Delamarter are two of the roughly 300 people who have died of covid in Mifflin County, where cows grazing in pastures and Amish horse and buggies are frequent sights. The county 60 miles northwest of Harrisburg leans heavily Republican — 77% of votes cast in 2020 were for Donald Trump — and the former president’s downplaying of covid-19 found fertile ground there.

Mifflin has one of the highest covid death rates among U.S. counties with at least 40,000 people, according to government data compiled by Johns Hopkins University — 591 deaths per 100,000 residents as of mid-March, compared with 298 deaths nationally.

The United States is nearing 1 million deaths from covid — a number that few thought possible when the pandemic began.

In March 2020, Dr. Anthony Fauci, director of the National Institute of Allergy and Infectious Diseases, said that based on modeling of the pace of the coronavirus’s spread in the U.S. at that time, “between 100,000 and 200,000” people may die from covid.

Reaching a million deaths seemed even more improbable when safe and effective vaccines came onto the market in December 2020. More than 60% of the 977,000 deaths have occurred since then.

Mifflin County offers a snapshot into how one hard-hit community moved from skepticism about the scientific reality of the covid virus, and then about the vaccine, to coping with unbearable loss and processing the trauma. Roughly 8 in 10 deaths nationwide from April to December 2021 were among the unvaccinated, according to the latest analysis of data from 23 states and New York City and Seattle by the Centers for Disease Control and Prevention.

Mifflin County Coroner Daniel Lynch isn’t over the stress of covid even as deaths have declined this year. As of mid-March, his office had counted 337 covid deaths in the county — about 60 more than the official tally kept by the state. That’s because the coroner counts anyone who dies in the county, including those who lived in other counties. Among the people in the coroner’s count, 311 hadn’t received even one covid shot. Few residents wore masks even when cases were high nationally and locally.

“It was pure hell,” Lynch said. “I have been a coroner since 1996 and never got calls from nurses reporting deaths crying on the phone or facilities reporting two or three deaths at one time.” 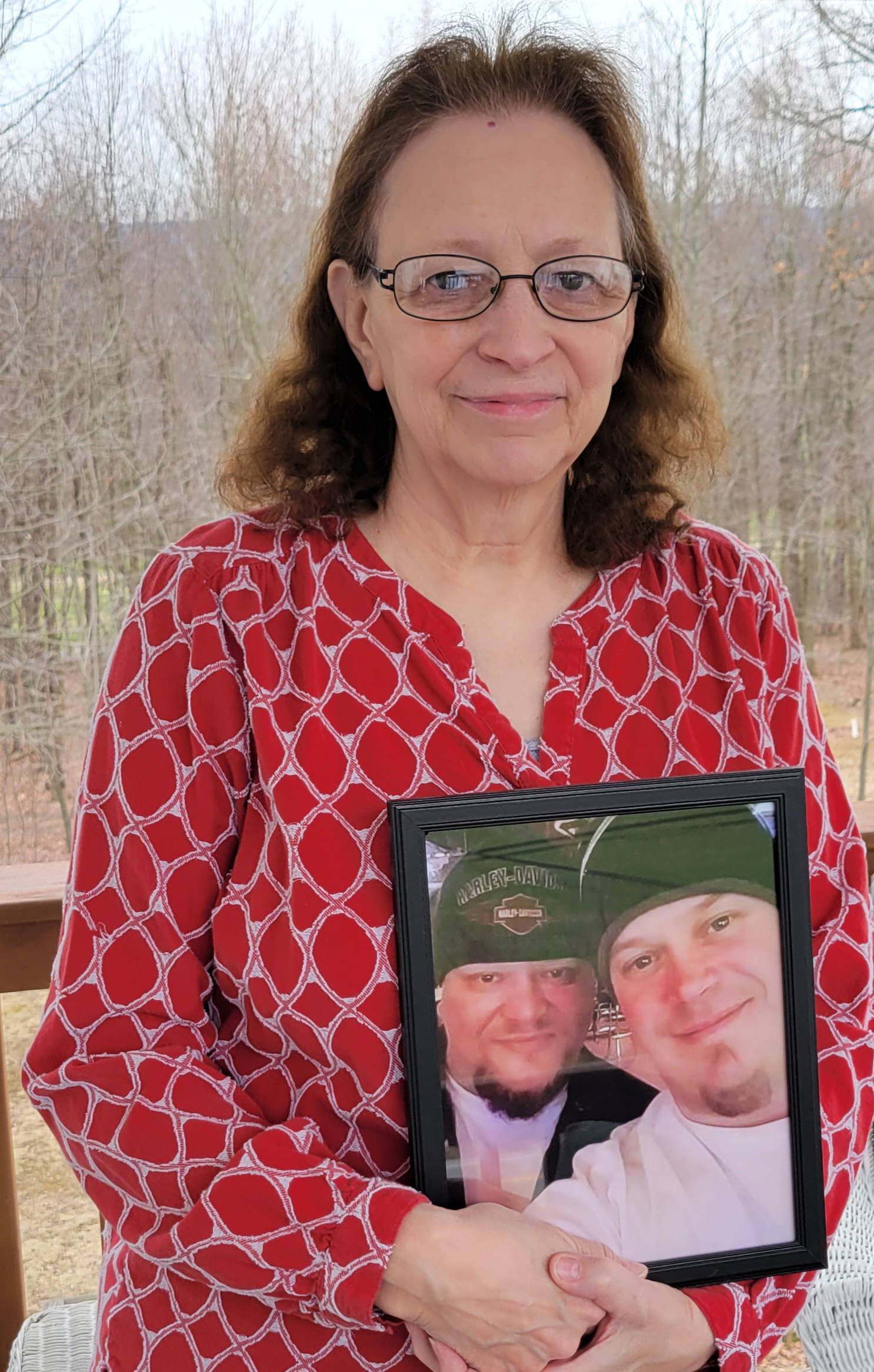 In Lewistown, the county seat, finding people who knew some of the dead is easy.

At the Corner Lunchbox on a recent afternoon, hands of all five employees and customers quickly shot up when asked whether they knew anyone killed by covid. Sheila Saurbeck, 65, a manager, said she had lost two friends. And she had covid herself last year, recovering after a couple of weeks.

Behind the counter was owner Lorrie Sirgey, 56. She said she was hospitalized with covid for four days last spring before she got vaccinated. “It’s been a scary time,” she said.

“We are very rural here,” he said. “It’s heavy Republican and heavy in Trump support, so in the beginning people were skeptical of covid because he downplayed the disease. And I think that carried over with skepticism with vaccines.”

Having so many deaths in the county of about 45,000 people is difficult to comprehend, he added. His 94-year-old mother, who was living in a nursing home, died last year not long after her own bout with covid.

Kodish, the only Democrat on the three-member County Commission, said covid split the community, between people who took the disease seriously and got vaccinated, practiced physical distancing, and wore masks and others who just wanted to live their regular lives.

Although covid has been devastating to many families, the Republican mayor of Lewistown, Deborah Bargo, acknowledged the death toll but focused on how her town’s economy is improving.

“It’s been hard for those who have lost loved ones, and that pain never goes away,” said Bargo, who has been mayor for 15 years. “But, economically, we’ve bounced back.”

Bargo pointed out that nearly every storefront in the downtown square is occupied, a century-old theater is being restored, and a young Mennonite entrepreneur has recently opened a cafe-bakery.

She said she is worried that many older people who stayed in their homes because of fears about covid have been forever changed by the isolation. In her church, she said, people who wear masks still sit away from everyone else. 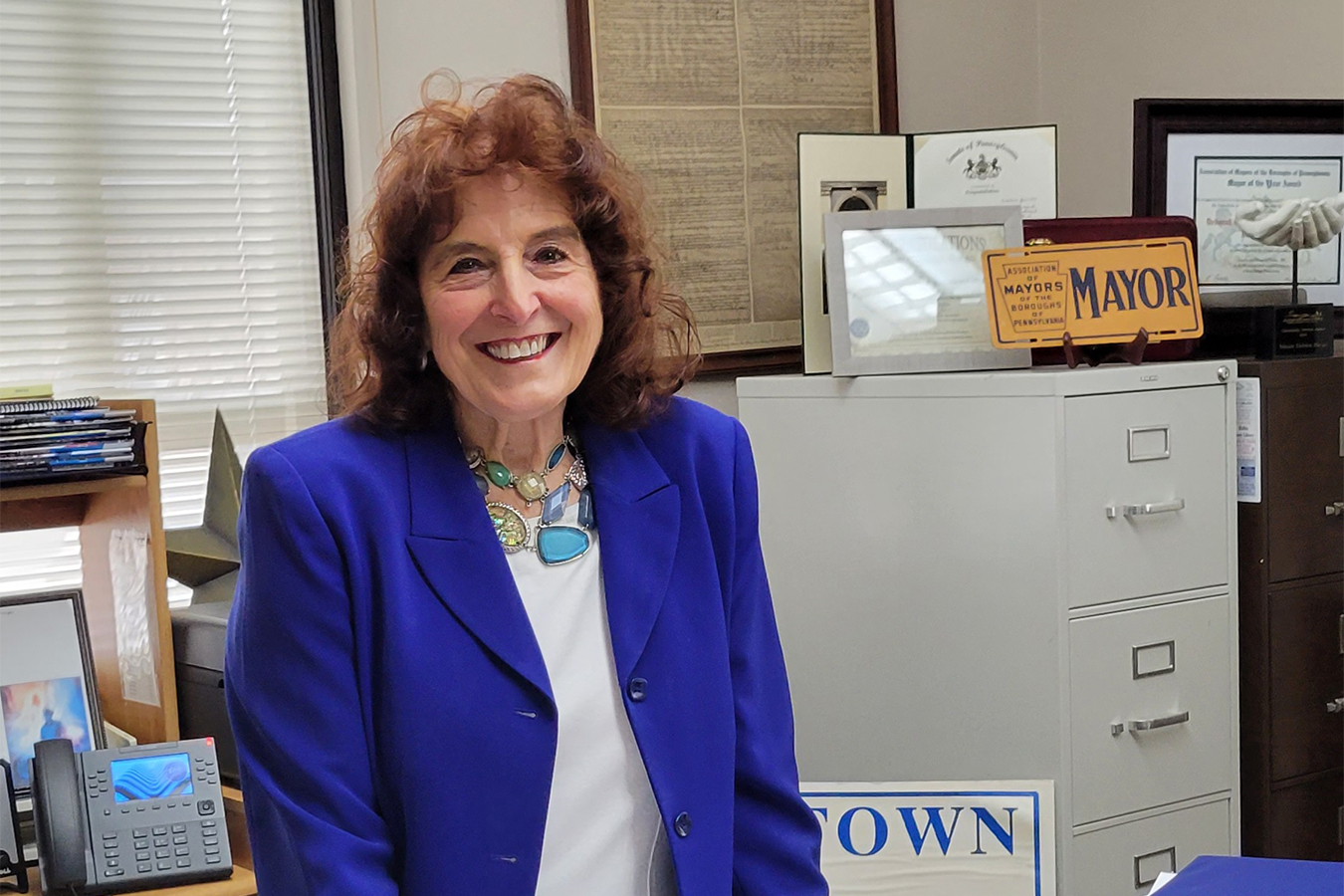 Noah Wise, 59, a road supervisor in Burnham, just north of Lewistown, said he’s not coping well. His wife, Lisa, a nurse at Geisinger’s outpatient care department, died of covid in December. She was 58 and not vaccinated because she was worried how the vaccine would affect a chronic health condition — even though health experts say people with chronic health issues are more likely to suffer severe consequences and death from covid.

Wise said Lisa likely caught the virus from him after he was infected in October. “She had no regrets about not being vaccinated,” Wise said. “She thought she would pull through.”

His wife’s death has not persuaded him to get vaccinated because he believes his earlier infection has given him immunity. Natural immunity does confer some resistance to catching the disease but is highly variable in strength, so health experts urge those who have been infected to get vaccinated.

Jenny Barron Landis, executive director of the Juniata River Valley Visitors Bureau, which covers Mifflin County, said many community members were not interested in taking orders from government scientists. “We have a lot of independent farmers and business owners that didn’t agree with or honor the mandates, and that has played a big role here in the number of deaths and the number of cases,” she said.

Against that backdrop, Geoff Burke, a local funeral director, recalled weeks when his Lewistown funeral home would handle up to 17 deaths, many of them from covid — triple its average. “We were overwhelmed,” he said. “Covid just ravaged our town as it went from nursing home to nursing home.”

Yet the hospital is still being affected by the virus. It is running above capacity because of high numbers of patients with medical issues such as heart disease and cancer who put off care during the pandemic, Hegstrom said.

Connie Houtz said that the deaths of Eric and Toby — two of her three children — had been hard but that she was thankful for family and friends and strong faith. She remembers Toby — who had some health problems, including cancer of the small intestine a few years ago — as “easygoing and a big teddy bear.” Eric, who had high blood pressure, loved spending time with his daughter and taking the teenager fishing, Houtz said.

Both brothers rode Harley-Davidson motorcycles and would hang out with friends at a bar near her house. “It still hits you at times that they are really gone,” she said.