Can’t see the audio player? Click here to listen on SimpleCast. Subscribe on Apple Podcasts, Spotify, Google, Stitcher or wherever you listen to podcasts.

Reagan Wytsalucy was looking for a lost orchard. Martin Reinhardt wanted to know more about and better understand the taste of Indigenous foods before European colonization in North America. They followed different paths, but their goals were similar: to reclaim their food traditions to improve the health and vitality of their communities. 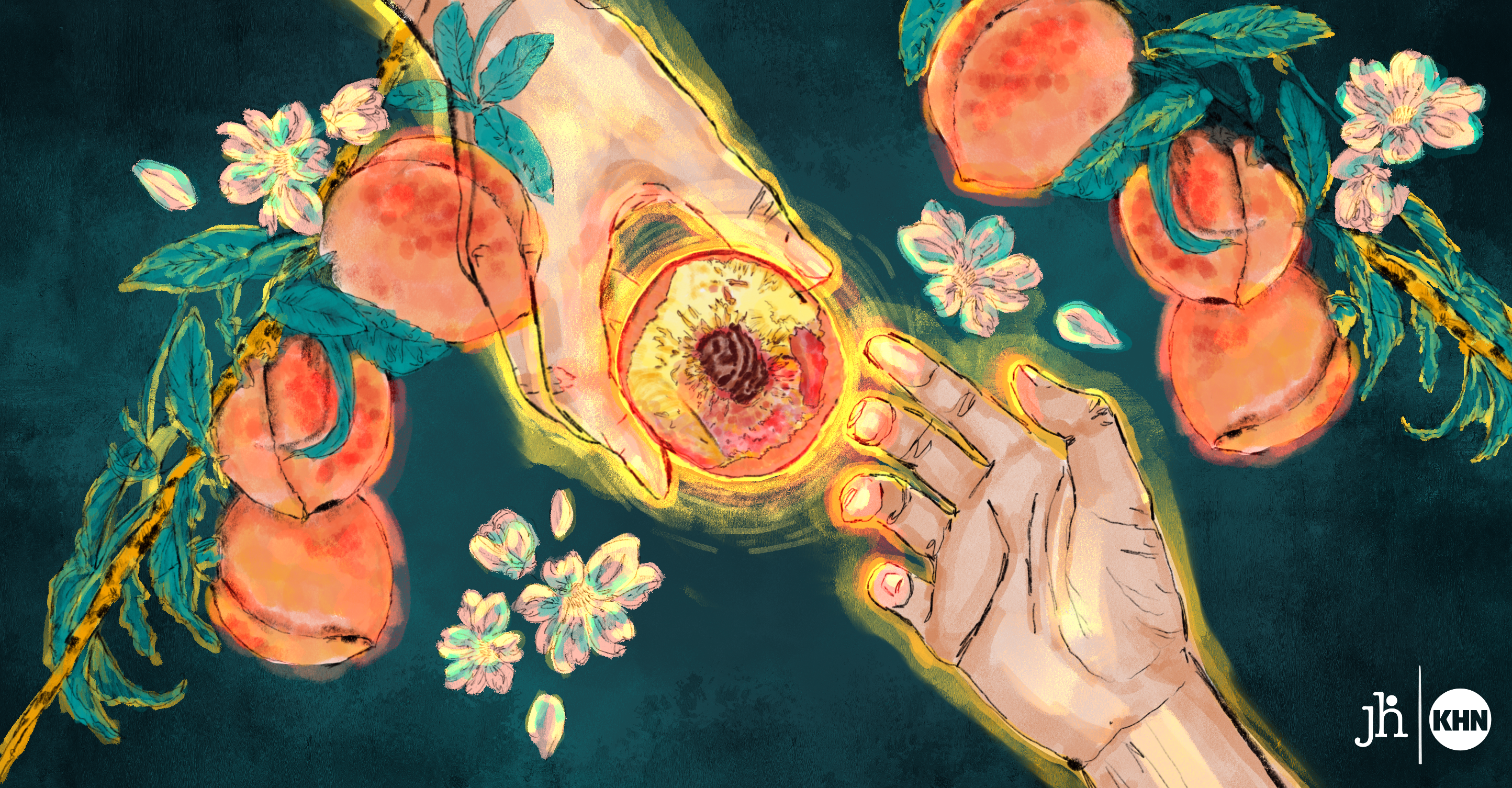 Native foodways of hunting, fishing, gathering, and farming have been under threat since the arrival of Europeans. Colonization, forced relocations, and, later, highly processed foods fundamentally reshaped the diet of many Indigenous people. The effects of those changes have rippled through generations. Now, Indigenous people are twice as likely to have diabetes as white Americans, according to a 2017 CDC report.

In this episode, we’ll hear how the history of a scorched-earth campaign, and other disruptive policies, altered the landscape of Indigenous foodways and, in return, Indigenous bodies. History and food experts like Wytsalucy and Reinhardt are nurturing Native food traditions.

One result: The Southwest peach has become a symbol of resilience.

“So it’s almost just a way of saying, you know, we’re still here as a people. Despite everything that’s occurred, we are still here,” said Wytsalucy.

Voices from the episode:

Season 4 of “American Diagnosis” is a co-production of KHN and Just Human Productions.