Almost 60% of Americans Have Had COVID-19, CDC Says 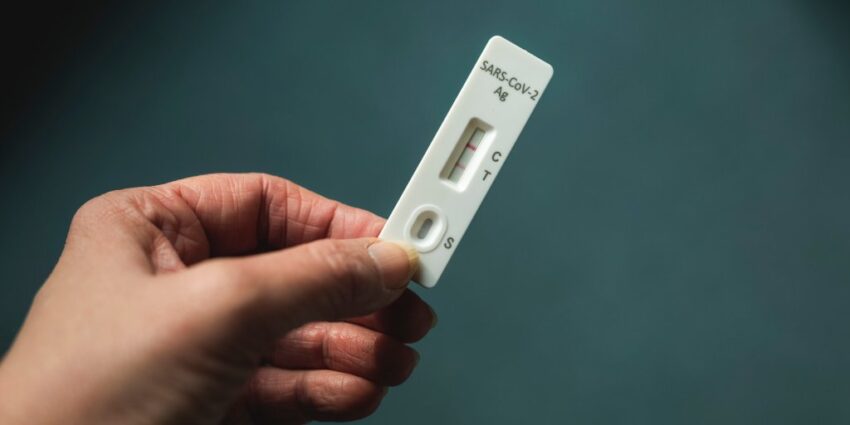 Almost 60% of the U.S. population—and 75% of U.S. children—have evidence in their blood suggesting a past infection with the virus that causes COVID-19, according to new research from scientists at the U.S. Centers for Disease Control and Prevention (CDC) that looks at data from September 2021 to February 2022.

By that estimate, most people in the U.S.—almost 200 million—have had COVID-19 as of February. That far exceeds the 80.8 million cases officially tallied by the CDC as of April 26.

“We know that the reported cases are just the tip of the iceberg,” said Dr. Kristie Clarke, co-lead for the CDC’s COVID-19 Epidemiology and Surveillance Taskforce Seroprevalence Team, during a press briefing on April 26. Cases can go undetected if people don’t develop symptoms, don’t get tested, or use at-home rapid tests that aren’t reported to public-health officials. Forthcoming CDC research estimates there may actually be three people infected for every case officially reported during the Omicron wave, Clarke added, suggesting that millions of cases were missed as the highly contagious variant spread.
[time-brightcove not-tgx=”true”]

In the CDC’s new study, researchers used data on antibodies—proteins the body generates to fight off an infection—to better understand how many people in the U.S. previously had COVID-19. Antibodies made to fight off SARS-CoV-2 (the virus that causes COVID-19) are distinct from those produced by vaccines, so testing for these proteins can help determine if someone was previously infected, even unknowingly.

Every few weeks starting in September, researchers analyzed tens of thousands of blood samples from people across the U.S. that were submitted for clinical testing. (The report didn’t specify why most people’s tests were submitted for testing, though it notes that people whose doctors specifically ordered SARS-CoV-2 antibody testing were excluded to avoid skewing the data.) Using those findings, the CDC estimated how much of the total U.S. population had antibodies—and thus had a prior COVID-19 infection—at each point in time.

Antibody prevalence shot up during the winter Omicron surge in the U.S., which peaked in mid-January at almost a million new recorded cases per day.

As of December 2021, almost 34% of the U.S. population had COVID-19 antibodies, the CDC estimated. By February 2022, after Omicron had torn through much of the U.S. population, an estimated 58% of Americans had antibodies that suggested a prior infection. Roughly 75% of kids 17 and younger, who are less likely to be vaccinated than adults, had SARS-CoV-2 antibodies by February, according to the CDC’s research.

“While those who are under the age of 5 are not yet eligible for vaccination, the best way to protect them is to make sure that they are surrounded by people who are taking preventive measures like staying up to date with their vaccines,” Clarke said.

The antibody prevalence estimates in the report aren’t perfect, the CDC researchers say. The analyzed blood samples were all submitted for clinical testing, so people who had access and reason to seek care are probably overrepresented in the study group. It’s also impossible to tell from this method whether someone has been infected multiple times. Still, if anything, the estimates are probably too low rather than too high, the researchers note in the study.

While antibodies generated to fight off an infection do provide some future immunity to the virus, the CDC researchers warn that they are not a replacement for vaccination. Just as immunity from the COVID-19 vaccines wanes over time and may not offer complete protection against disease, the same is true for infection-derived immunity.

“Vaccination remains the safest strategy for preventing complications from SARS-CoV-2 infection, including hospitalization among children and adults,” the agency’s researchers write in their report.