U.S. Is Getting Closer to Having COVID-19 Vaccines for Children Under Five Years Old 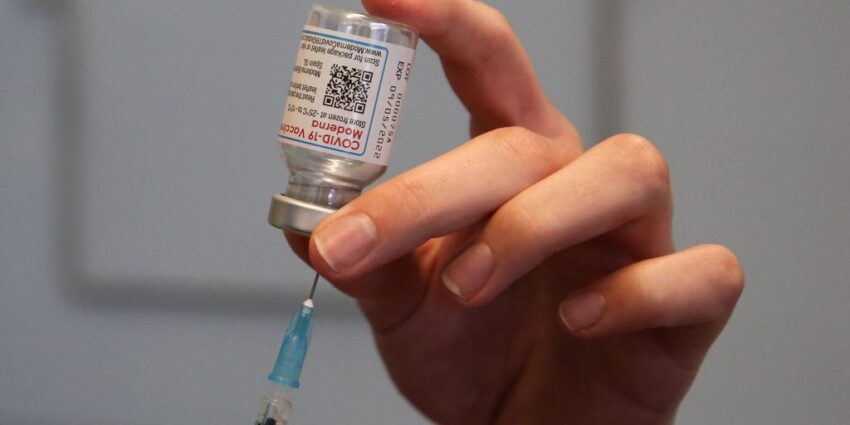 On April 28, Moderna submitted a request to the U.S. Food and Drug Administration (FDA) for emergency use authorization for its COVID-19 vaccine in children between six months and six years old.

The Cambridge, Mass.-based company is now the second to request permission for an mRNA vaccine against COVID-19 for use in that age group. Pfizer-BioNTech, the other mRNA vaccine maker, requested the same authorization for its shot in February, under a rolling submission process in which the company would provide additional data for the agency to review. The FDA initially planned to review Pfizer-BioNTech’s request at that time, but decided to postpone a scheduled meeting of its independent panel of experts until the company provided additional data. The studies on younger kids, completed in December 2021, showed underwhelming protection in children two to four years old, although the vaccine did generate good immunity among those six months to two years old, and the company has since tested an additional, third dose of the vaccine to produce a stronger immune response. The FDA will likely compare those data from Pfizer-BioNTech against those from Moderna in these youngest children, which are now available.
[time-brightcove not-tgx=”true”]

Moderna’s recent studies show that vaccinated children from six months to six years old were able to generate antibodies that could neutralize SARS-CoV-2 at levels similar to those produced in vaccinated adults. One difference: the children in Moderna’s study were given a quarter of the dose given to adults—which still produced a robust immune response, which could be due to the fact that children’s still-developing immune systems might respond more aggressively to vaccines. That’s a positive, since lower doses have been linked to fewer side effects.

As with the Pfizer-BioNTech shot, Moderna’s study also found that antibody levels were higher among the youngest children, from six months to two years old, compared to levels among two to six year olds. Researchers aren’t clear why the youngest kids generated stronger immune responses, but it may be related to their faster growing bodies, including the organs that are responsible for making antibodies and can contribute to a more active response.

“We learned that you can give the Moderna vaccine to little kids and it’s safe and effective,” says Paul Burton, chief medical officer at the company. “As a dad and as a physician, that’s really important. Little kids can mount a very robust immune response when vaccinated against the COVID-19 spike protein, which says to me that we can safely protect them. That’s good news for kids and good news for their caregivers.”

Moderna’s team tested its vaccine in this group against the Omicron variant, which is now responsible for the bulk of new infections. The efficacy in protecting kids from six months to six years old from an Omicron infection ranged from 37% to 51%, depending on the children’s ages, with the youngest enjoying stronger efficacy. While that’s lower than the initial vaccine efficacy seen against the original strain of the virus, which was above 90%, the 40-50% range is similar to that seen among adults who were immunized with Moderna’s shot and exposed to Omicron.

Moderna’s scientists are already studying a booster dose for childern over six (for whom the vaccine is already authorized), and also plan to start investigating whether a booster might be necessary for children six months to six years. Burton expects those data will be available before the end of the year.

The FDA will now review the company’s data and make a decision about whether Moderna’s vaccine is safe and effective enough for the youngest children; the agency has not scheduled a meeting of its panel of independent experts yet.