These Classes Are Near-Death Experiences, and That’s a Good Thing

Spirits are high as the students file into the basement of the Galante Funeral Home in Union, N.J., to pick out their caskets.

Jessica Polynice, 23, beelines toward the most ornate one in the showroom, joking that she has expensive taste. Others consider the prominently displayed price tags, from $995 to nearly $6,000, and factor in the softness of the pillows. Surrounded by open caskets, Amanda Davis, 20, says she’d rather be cremated into a firework. Beside her, Lauren Duffy, 24, flips through a brochure for artificial reef cremations and weighs whether she’d like to be eternally memorialized on the ocean floor.
[time-brightcove not-tgx=”true”]

The decisions, largely hypothetical, are all part of their next homework assignment to plan their own funerals, presumably for the very far future. They’re among 60 students taking Kean University’s Death in Perspective course this semester, which is one of the many college classes on death and dying in the U.S. that have grown in popularity during the pandemic. And it’s become much more of a grief-support group, professor Norma Bowe says, which is why the field trip to the funeral home starts off lighthearted but ends in tears.

Read more: Death Doulas Used to Be Rare. The COVID-19 Pandemic Changed That

“We study dying to know how to live.”In the last 30 minutes, grief that was well hidden in the funeral home basement pours out of the students in the sitting room upstairs as they share farewell letters they’ve written posthumously to people they’ve lost. “I still feel you at the house,” one student tells her stepfather, who died in 2019 in a suspected suicide. “You’re everywhere there and nowhere at all.” Other letters are addressed to a grandfather whose cancer was caught too late, a 4-year-old cousin killed by a car, a brother lost to drug abuse, an unborn child. 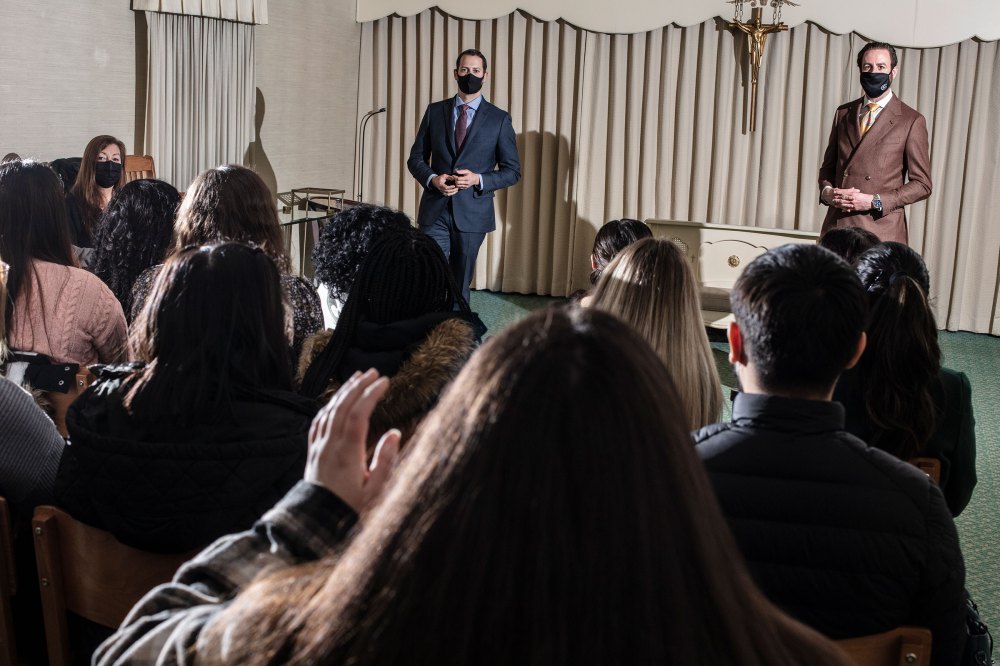 “People are coming to this class to lay down their grief,” says Bowe, who gives extra credit to anyone who cries. There’s now a four-year waiting list to enroll in her class. At DePaul University in Chicago, Craig Klugman says there’s been “more buzz” recently about his course on death than in any of the past seven years he’s taught it. And a rise in interest in Duke University’s death-and-dying course has been significant enough that professor Deborah Gold kept teaching it, even though she officially retired earlier that summer. After doubling the number of annual course offerings, Gold still can’t meet the demand.

‘These kids are scared’

Nationwide, students are clamoring to study death from all angles—philosophically, biologically, sociologically, and historically—at ages when most people see themselves as invincible. But it’s not morbid curiosity or grim fatalism at work. Grief is surging among college students, and many are shouldering multiple losses during the pandemic, according to a study published last year in OMEGA–Journal of Death and Dying.

While the most common reported loss was of a sense of normality, the study found that more than 10% of the college students surveyed said a loved one had died of COVID-19. More than 26% said someone close to them had perished for other reasons. In the face of endless death, classes and other experiences that bring death into focus have become an outlet for young people to process their grief, manage their fears of dying, and reckon with their own mortality.

“These kids are scared,” Gold says. “They belong to the age group that believes they are immortal, and all of a sudden it’s not so true anymore.” 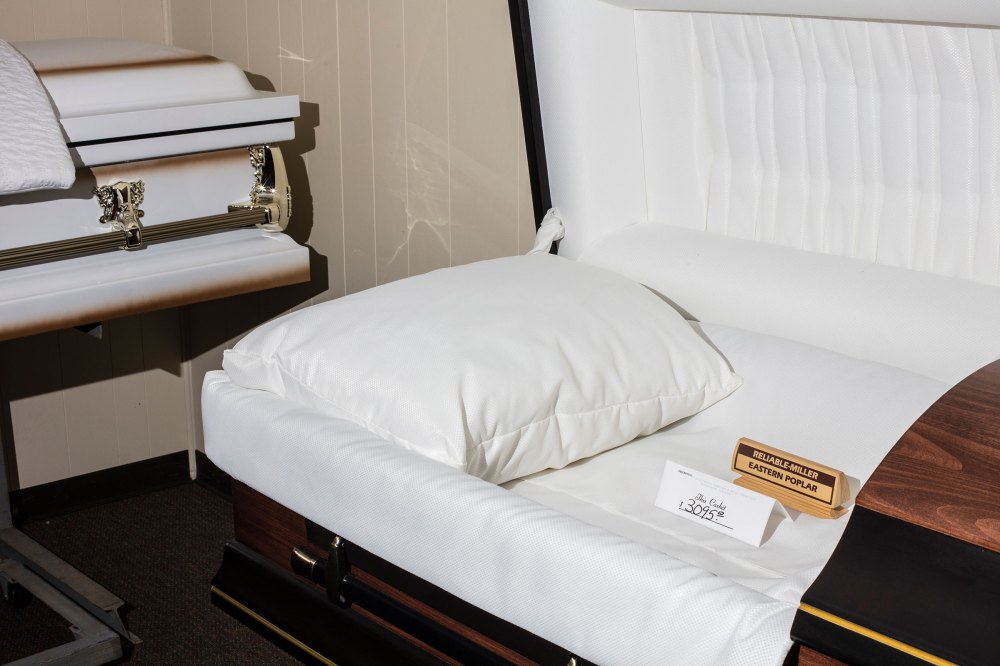 For decades, death has been mostly viewed as a taboo subject that most people would rather avoid until it became unavoidable. But young people in the U.S. today can’t escape the fact that from 2019 to 2020, the nation’s life expectancy saw its biggest one-year drop since World War II, mainly because of COVID-19. And after rampaging through older generations, the virus is now affecting younger people in higher numbers than ever before. While death among young people remains low relative to death rates for their elders struck by COVID-19, people ages 18 to 29 now account for the biggest increase in virus cases, according to the latest data from the U.S. Centers for Disease Control and Prevention.

“Seeing so many people my age dying,” Polynice says, “it scares the hell out of me.”

Add to the mix a gloomy forecast for the planet as climate change spawns lethal weather events, as well as iffy career prospects upon graduation, and it’s clear that COVID-19 isn’t the only anxiety crippling young Americans. “This generation of college students—they’re experiencing cumulative losses in a way that really is unprecedented in our lifetime,” says Erica H. Sirrine, the lead author of the grief study and the director of social work at St. Jude Children’s Research Hospital.

That’s changed the way many people deal with the inevitable. For the first time, according to one survey, people ages 18 to 34 are 16% more likely to have a will than those ages 35 to 54. The younger generation was the most likely to cite COVID-19 as a major reason to plan for death, the survey said. And while people 55 and older are less likely to have a will than in pre-pandemic years, younger Americans are now 63% more likely to have one. “For the first time in a generation, everyone is experiencing the possibility that death may touch their lives—not someday, but now,” says Ann Burns, president of the American College of Trust and Estate Counsel.

“Seeing so many people my age dying, it scares the hell out of me.”Others are looking for answers in rather unlikely places: college classrooms. Kiara Pauli, 21, experienced her first world-shattering death on Dec. 7, 2020, when her 15-year-old brother was fatally shot. “I felt like I was drowning in my anger and confusion,” she says. Her trauma was compounded by the increasing nationwide death toll from COVID-19, which exacerbated her fear of dying. Pauli, who had never had to deal with death, was suddenly surrounded by it. 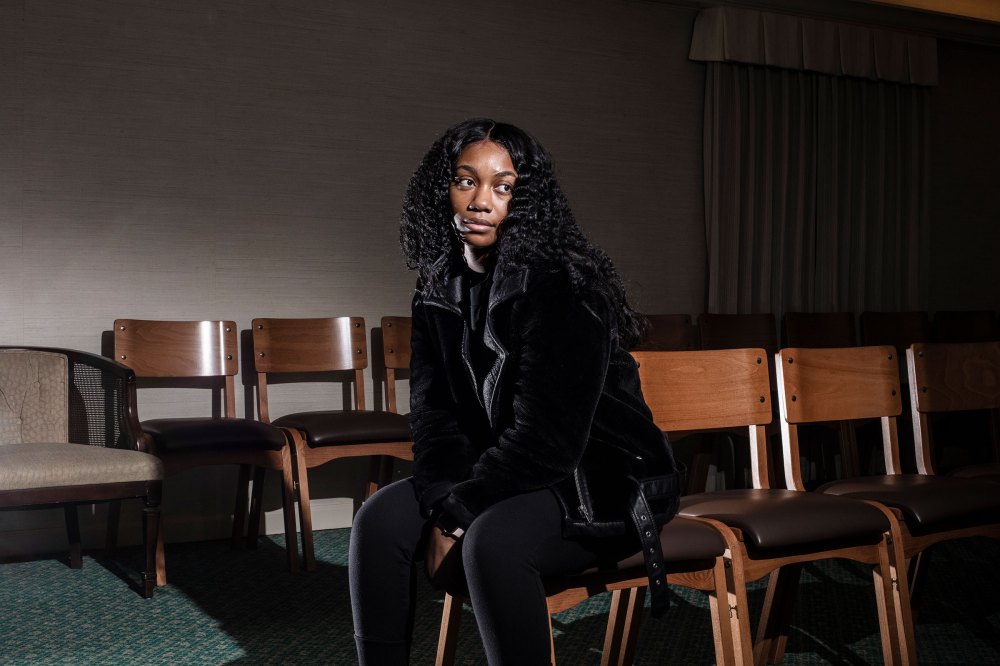 In September 2021, she took a death-and-dying class at DePaul—the first time she had forced herself to think about death for a prolonged period of time. Pauli’s perspective changed the first day, when she and about 30 other students watched a video of an elderly man dying, surrounded by loved ones. Klugman, who designed the course, says he uses the video to show what a peaceful death looks like, since most students have never seen someone die. “The first day is about normalizing death and recognizing that at least in the U.S., most people have some anxiety about it,” he says. The video showed Pauli that dying isn’t always terrifying or painful.

Read more: Children and Teenagers Are Being Shot in Record Numbers

One month later, Pauli’s grandfather died following a heart attack. The college junior clung to the lessons she had just learned. She told herself he did not suffer at the end because, thanks to the video of the elderly man, she now had a better understanding of what might happen to someone in their final moments. By the time the course was over in November, Pauli realized she was scared of dying because she didn’t want to be forgotten. She decided to become an author to leave behind a physical legacy.

“We study dying to know how to live,” she says. “The class was like the near-death experience that makes people figure out priorities.”

How death classes fill a role that counseling cannot

In the past two years, college death classes have become one of the most available and affordable options that some students have to deal with their grief. While most U.S. universities offer counseling services to students at little or no additional cost, when campuses closed during the pandemic and learning went remote, tens of thousands of out-of-state students lost access to those services because of differing telehealth guidelines in their home states, says Dr. Ryan Patel, chair-elect of the American College Health Association’s mental-health section. A school psychiatrist or counselor in Ohio, for example, would not be able to virtually counsel, on a routine basis, a student who was home in New York, without a license in the other state. 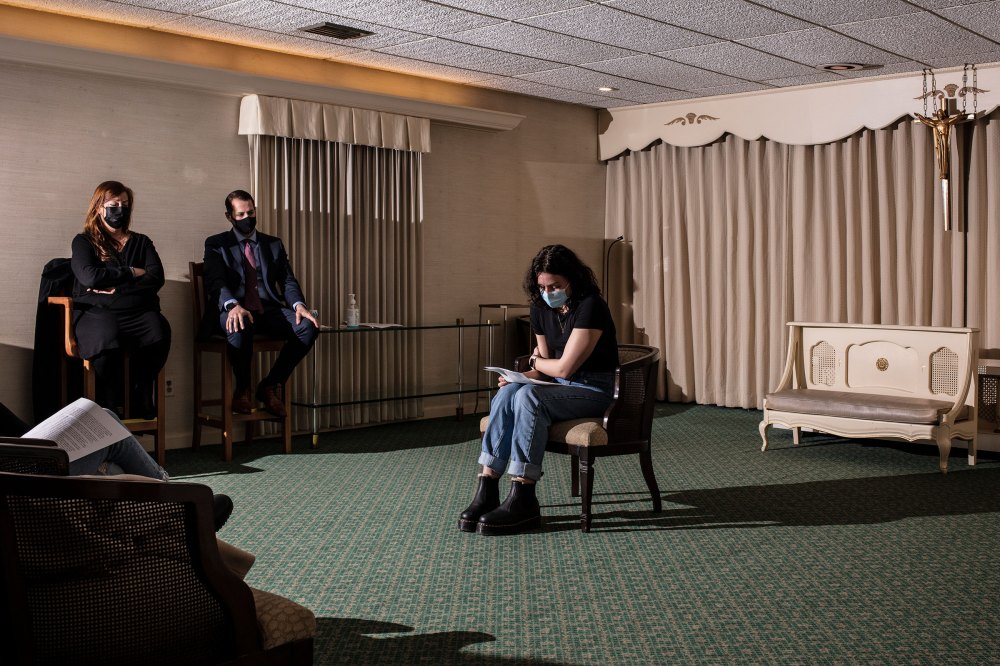