To many people, the idea of worrying about “exercise addiction” makes about as much sense as agonizing over “saving too much” or “being too productive.”

Most people struggle with the opposite vice—sloth.

Seventy-seven percent of Americans fail to meet the recommended minimum physical activity guidelines, whereas it’s estimated that only 0.5% of the population suffers from what might be called “exercise addiction.”

That said, the math changes when you look at different demographics.

Sure, most people don’t need to worry about exercise addiction, but it’s much more common among fitness devotees than many people realize.

For example, a study conducted by scientists at the University of Southern Denmark found evidence of exercise addiction in 4% of school athletes, 9% of the general fitness crowd, and 21% of people with eating disorders.

Another study conducted by the same university found the prevalence of exercise addiction to be between 3-to-42%, with the higher numbers likely taken from samples of athletes rather than the general population.

What Is Exercise Addiction?

Exercise addiction is usually defined as a compulsive craving for physical activity that results in harmful consequences such as overuse injuries, impaired relationships, social isolation, extreme weight loss, and so on.

It’s worth noting that exercise addiction isn’t recognized as an official mental disorder by the American Psychiatric Association (APA), so there isn’t a science-based framework for diagnosing it. There’s also no evidence that people develop the same level of chemical dependency on exercise that they do to, say, nicotine, heroin, or other drugs.

That said, there are enough behavioral parallels that many medical professionals, coaches, and scientists use the term exercise addiction.

It’s also sometimes referred to as exercise bulimia. This is similar except the driving motivation to exercise in these cases is typically related to a distorted body image (body dysmorphia) and an irrational desire to lose weight, rather than, say, attempting to blow off steam or avoid confronting other issues in their lives. In this case, exercise addiction would probably be a more apt definition.

You may also hear some people claim that anyone who exercises more than a certain amount is “addicted,” but this is hogwash. For example, many competitive endurance athletes train 10-to-20 or even 30 hours a week and are able to maintain a fulfilling family life, excel in their jobs, and stay healthy (they just don’t have many other hobbies).

Thus, instead of putting your finger on exercise addiction by looking at how much someone exercises, it’s better to look at the results of their exercise routines.

If someone persists with an extremely large amount of exercise despite not making progress or regressing, not recovering from workouts, experiencing anxiety when they can’t exercise as much as they want, and suffering problems in their personal and professional lives, then it’s probably exercise addiction.

If the person is exercising a lot but getting better over time and threading the needle between training, recovery, and their other responsibilities, they’re probably just a driven individual with ambitious athletic goals, and it wouldn’t be accurate to describe them as “exercise addicts.” 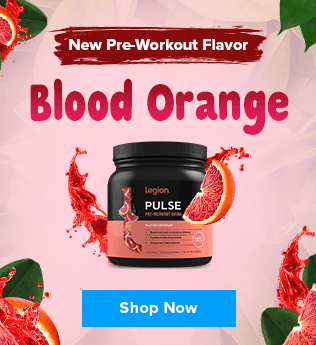 Why Do Some People Become Addicted to Exercise?

This depends entirely on the individual, but some common causes are a desire to lose weight, self-esteem issues, or replacing or compounding another addiction with exercise.

The first cause is straightforward: To lose weight, you must consume fewer calories than you expend, and exercise is a great way to expend calories. Some people overreach by taking this to excessive extremes, trying to burn increasing numbers of calories or achieve an unsustainably high daily energy expenditure.

One notable example is the rapper Eminem (Marshall Mathers), who claims that after his weight climbed to 230-pounds, he began running 17 miles per day. “I would get up in the morning, and before I went to the studio, I would run eight and a half miles in about an hour. Then I’d come home and run another eight and a half. I started getting OCD about the calories, making sure I burned 2,000 every day. In the end I got down to about 149 pounds.”

It’s not surprising, then, that some research shows that one-out-of-five people with an eating disorder exhibit signs of exercise addiction.

While this does cause rapid weight loss, it’s one of the worst ways to lose weight because it comes at the cost of large amounts of muscle mass and your mental wellbeing, and usually results in injuries. Instead, it’s much better to lift weights a few times per week, do a moderate amount of cardio, and eat enough to lose about 1-to-2 pounds per week. (And if you’re interested in a diet and exercise plan that can help you achieve this, check out Mike’s books for men and women).

In other cases, exercise addiction can be rooted in body image issues—typically believing one is overweight despite being skinny or at a healthy weight—or what’s known as body dysmorphia.

Some people who struggle with self-esteem issues also use obsessive exercise as a form of self-flagellation.

Others may feel that their lives are spinning out of control, and exercise gives them a simple activity that they can measure and master.

How Can You Tell If You’re Addicted to Exercise?

There are myriad reasons why people develop an unhealthy fixation with exercise, but it typically manifests the same way: a gripping mania to exercise despite severe negative consequences and distress when they can’t.

The following are considered reliable signs of exercise addiction:

But if we’re honest with ourselves, we’ve probably all felt or acted on these impulses before, and some of them can even be positive.

Isn’t exercise supposed to have a bracing effect on our psyche?

And who hasn’t felt downhearted about their appearance before? And what if that dip in spirits encourages you to eat and exercise better going forward?

Therein lies the rub with psychiatric disorders as a whole—in most cases, the symptoms of these disorders are amplified versions of otherwise healthy, productive behaviors.

Thus, while it’s important to be vigilant against self-destructive actions, we also don’t want to be overly trigger-happy with labels like “exercise addiction.”

If you’re unsure whether your exercise routine is destructive or constructive, look at its return-on-investment. Is it making you healthier, or less healthy? Happier or less happy? More engaged, productive, and resilient in your personal and professional lives, or less so? Are you progressing toward your fitness goals, or backsliding?

If you find it difficult to answer these questions honestly, it’s wise to run them by a trusted friend.

The bottom line is that exercise should act as a sail, pulling you along toward your goals, not as an anchor fixing you in place. If you don’t feel that’s the case for you, then it’s time to change your routine.

If you’re looking for sustainable, healthy, enjoyable exercise routines, check out these articles: