If You Want to Get Near Willamette Falls, Bring Bolt Cutters 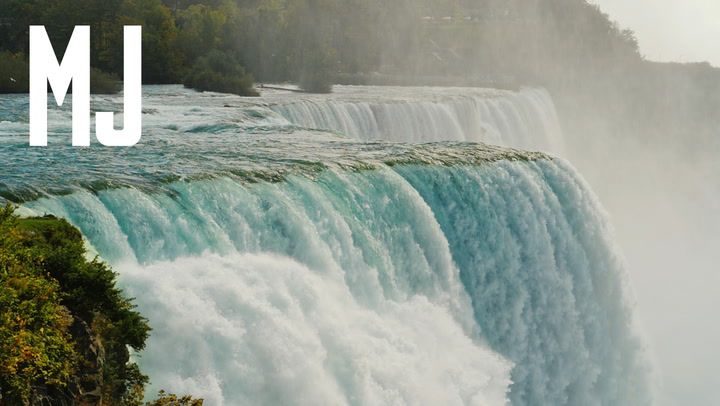 Oregon’s Willamette Falls, the nation’s second-largest waterfall by volume, is surrounded by an industrial wasteland—remnants of America’s blue-collar glory days—and is nearly inaccessible. One organization hopes to reimagine the place.

“To see Willamette Falls from the ground you have to go through four locked chain-link fences,” says Andrew Mason, executive director of the Willamette Falls Trust. “That is how we are displaying the second-largest waterfall in North America. I think that’s a disgrace.”

The horseshoe-shaped waterfall is located near Oregon City south of Portland. Industrial blight aside, it’s not as impressive on first glance as Niagara or Yosemite Falls. Yet what it lacks in grandeur it makes up for in volume. The falls are 1,500 feet wide and drop 40 feet, sending a fantastic amount of water tumbling each second.

That kinetic power has drawn human activity for thousands of years. At least five federally recognized Native American tribes fished for salmon and lamprey here. More recently, the Oregon Trail ended at the falls and wagon-weary pioneers built wool and paper mills. That industrial development cut off public access and polluted the river and surrounding land.

The last operating mill closed in 2011. That’s when the Willamette Falls Legacy Project formed (the Falls Trust is the outreach arm of that organization) with a simple mission: Make the falls accessible.

“The falls are surrounded by these derelict sites that have been paved over time and again,” says Gerard Rodriguez, a director of tribal affairs for the Falls Trust.

Though no completion date is set, the centerpiece of the Trust’s efforts is a grandiose river walk. Its construction would clean up some of the environmental damage while also providing recreational and cultural access. The project is complicated. In 2021, one of the partner tribes withdrew, alleging the Trust had undermined tribal sovereignty by demanding a nondisclosure agreement and citing various “micro-aggressions.”

Packlist: The Gear We Took On a Waterfall Hike Outside Cleveland
We stopped at REI Cleveland to stock up before a day hike. Here’s what we grabbed.

Regardless, Rodriguez, who is a Yaqui Indian from the Southwest and grew up in Oregon, believes the project can be a model for U.S. cities looking to revitalize rivers once choked by industry, while also honoring and respecting tribal claims.

“Nobody owns the falls,” says Davis Washines, a representative of the Yakama Nation who sits on the Trust’s board. “We borrow the falls from our grandchildren and their grandchildren in turn.”

Largest falls, by volume, in the United States: