How to Increase Your Willpower Without Trying

According to a 2010 survey conducted by the American Psychological Association, the lack of willpower is the number-one obstacle people face in achieving their goals.

This makes many of them feel guilty about letting themselves and others down and that their lives are, in large part, not under their control. Rather, they feel that many of their actions are dictated by emotions, impulses, and cravings.

On the other hand, studies show that those with higher levels of willpower enjoy many advantages in life—they do better in school, earn more money, have better social and romantic relationships, and are generally happier, healthier, and less stressed.

The bottom line is no matter the circumstances, more willpower trumps less.

Why is the internal struggle of self-discipline such a heavy burden for some people, though?

Why do they give up so easily on goals, and why do they blissfully indulge in so many self-sabotaging behaviors?

And what can be done about it?

Well, these are all good questions, and while I don’t have all the answers, in this article I’m going to share the research and insights that have helped me understand the nature of the beast and how to tame it.

Want to listen to more stuff like this? Check out my podcast!

The Definition of Willpower: I Will, I Want, I Won’t

When we say someone has or lacks willpower, we’re usually referring to their ability to say “no.”

They’re supposed to study for the exam, but instead accept the invitation to the movies. They’re trying to follow their meal plan, but just couldn’t resist the apple pie. In short, they have trouble saying “I won’t.

There are two other aspects to willpower, though: “I will” and “I want.”

“I will” power is the other side of the “I won’t” coin. It’s the ability to do something when you don’t want to, like grinding out the workout when you’re tired, paying the overdue bill, or burning the midnight oil.

And “I want” power is the ability to remember the why when impulse strikes—the long-term goal or thing you really want—more than the fast food or night on the couch.

If you can win more battles than you lose with your won’ts, wills, and wants, then you can become the master of your destiny. Procrastination licked. Worst habits replaced. Temptations banished.

Don’t expect these abilities to come easily, though. “Reprogramming” yourself to favor the harder choices is going to be uncomfortable. You might find it overwhelming at first. You’re going to be drawn back to what’s familiar.

Stay the course, however, and the pieces will start falling into place. You’ll find it easier and easier to say no to the distractions and yes to the things you need to do without getting frazzled.

Now that we’ve established what willpower consists of and what the stakes are, let’s move on to the physiology of desire and why it can sometimes make it so hard to resist being “bad.” 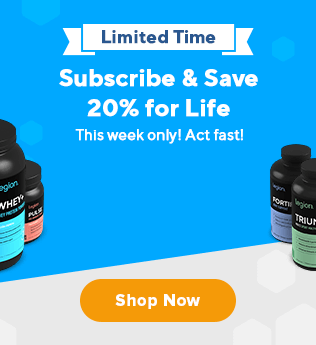 Your Brain on Dopamine: Why the Idea of Giving In Feels So Good

A real willpower challenge isn’t a fleeting, “wouldn’t that be nice” thought that disappears as quickly as it came. It’s more like an all-consuming battle between good and evil raging inside your skull.

You feel it physically because when your brain fixates on a promise of reward, it gets bathed in a chemical called dopamine, and suddenly, all you can hear is the sweet song of immediate gratification.

Dopamine is a devious little devil too, because it’s not designed to make you feel happy and content. Its role is to stimulate you to action, which it achieves by arousing you, sharpening your focus, and revving your drive toward the prize.

Furthermore, when dopamine is released, it also triggers the release of anxiety-inducing stress hormones. So the more you think about the thing you want, the more important it becomes, and the more you want it right now.

What we don’t realize, however, is that this stress we feel isn’t caused by not having the dessert, pair of shoes, or Candy Crush trophy. The desire itself causes the stress, like an emotional stick compelling us to obey.

Our brain doesn’t give a damn about the bigger picture, either. It cares nothing about how we’ll feel when we’re twenty pounds heavier or a few hundred dollars poorer—it simply identifies sources of pleasure and then raises hell until we give in, even if pursuing those promises will entail risky, chaotic behavior likely to cause more problems than they’re worth.

Ironically, the rewards that we so ardently desire can escape us time and again, but if there’s even an outside chance to finally secure them, we can remain hooked, sometimes to the point of obsession.

This reward-seeking behavior is especially touchy in today’s modern world—one with many honeypots explicitly engineered to keep us wanting more.

Retailers design our in-store experiences to entice us to buy—from what we see when we enter to the arrangement of the aisles, the stocking of shelves, the scents pumped in the air, the free samples offered, the tempo of the background music, and more.

Food scientists test hundreds of variations of products to find their “bliss points”—the precise amounts of key ingredients like sugar, salt, and fat needed to produce a blaze of delight in every bite. Social media makers carefully craft algorithms to drown your neurons in dopamine, which explains a lot of the addictive behavior seen among social media users.

When we’re constantly awash in dopamine, it’s all too easy to feel like one big itch that always needs scratching. And when we consider our neurons, overtargeted and overstimulated by the incessant and inescapable calls for consumption, it’s no surprise that the average person is an overweight procrastinator hooked on junk food, entertainment, and social media.

Therefore, it takes a rather dramatic shift away from “normal” behavior to avoid these traps and succeed in this brave new world (sorry, had to).

First, we must learn to distinguish between the many toxic rewards dangled in front of us and the genuine ones that produce true fulfillment and satisfaction.

Imagine you’re in line at your favorite burger joint, craving a thousand-calorie heap of greasy meat, cheese, and bun. The fog clears for a moment, however, and you remember that you’re on a diet. Losing the weight matters too. You want to be fit, healthy, and happy. You swore on everything sacred (with a nod to the profane) that you’d see it through this time.

When viewed in that context, the cheeseburger you’re about to eat poses a threat to you. It can’t force itself down your throat with a few handfuls of french fries in tow, though. It needs your cooperation. In this sense, you’re the threat. Self-sabotage is the enemy, not ground beef and potato sticks.

How can we tame this wily foe lurking in the murky recesses of our psyche, then? Let’s find out.

Use It or Lose It: How to Train and Increase Your Willpower

Modern life bombards us with willpower challenges that require us to call on our self-control mechanisms to successfully avoid distractions and do the things we need to do and not do what we shouldn’t.

The problem with this is research shows that we can, at some point, “run out” of self-control juice, leaving us susceptible to temptation.

Scientists have observed that, regardless of the types of tasks performed, people’s self-control is at its highest in the morning and that it steadily declines as the day wears on.

Resisting sweets, fighting emotional impulses, keeping distractions at bay, compelling yourself to do difficult tasks, or even making trivial purchase decisions all seem to pull from the same willpower reserve.

These findings have given rise to the “willpower as a muscle” metaphor: It only has so much strength and every time you “flex” it, it becomes a little bit weaker. The positive side of the metaphor, however, is that you can train your “willpower muscle” like a physical one and make it stronger and more resistant to fatigue.

Research backs this up, too.

We can increase our overall willpower by performing regular, small acts of self-control like eating fewer sweets, tracking spending, correcting our posture, refraining from swearing, squeezing a handgrip every day, and using our non-dominant hand for various tasks.

What we’re really training when we do these “trivial” things is what psychologists call the “pause-and-plan response,” which involves pausing before we act, noticing what we’re about to do, and choosing differently instead.

And we can use this research to build our own “willpower workouts” that train our self-control.

For example, you can build your “I won’t” power by refraining from slouching when you sit, committing to not eating a junk food indulgence every day, or not swearing.

You can build your “I will” power by committing to some new daily habit like doing five minutes of breathing exercises, going for a walk outside, doing twenty pushups after waking up, tracking something in your life that you don’t usually pay attention to like daily calorie intake or expenditures, the amount of coffee drunk, or how much time spent surfing the Internet, or even finding something that needs cleaning in your house and cleaning it.

You might be surprised how far these “little” self-control exercises can go in increasing your ability to make bigger changes in our lives like adopting a new, healthier lifestyle.

Another highly effective way to train your willpower is to use a strategy called “precommitment,” which entails taking action now to strengthen your dedication to a behavior and ward off any seductions to stray. For many people, the best way to beat temptation is to simply avoid facing it in the first place.

For example, if you have trouble with procrastinating on the Internet instead of working, you can download a program called Cold Turkey that allows you to block specific websites and applications, or turn your Internet off altogether, for as long as you’d like.

If sticking to a meal plan is your struggle, you can precommit by throwing out all junk food in the house and not rebuying it, preparing healthy lunches to bring to work every day, or putting money on the line at a website like “Diet Bet.” If you want to precommit to exercising regularly, you can pay for an annual gym membership instead of going month to month, sign up for an online coaching service, or recruit a friend to work out with you.

Another tool that has helped many thousands of people precommit successfully to all kinds of goals is the website “Stickk.” Stickk allows you to set a goal and time frame, wager money, and decide what happens with it if you fail. (It could go to a charity, for example, or even an organization you don’t like, which can be a stronger incentive.)

In short, anything you can do to show that you mean business and to make it difficult and uncomfortable to change your mind and give up is going to help you keep your impulses and feelings at bay and thus keep you on course.

The post How to Increase Your Willpower Without Trying appeared first on Legion Athletics.