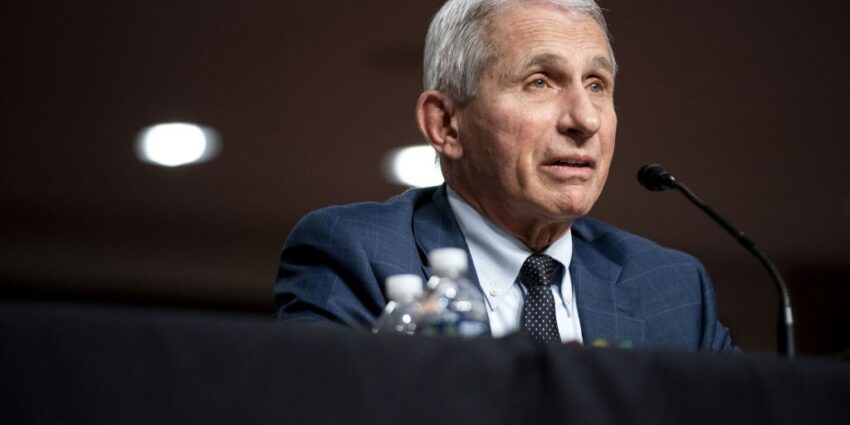 Fauci’s comments contrast with more dire warnings he issued during earlier phases of the pandemic since 2020. The shift in tone by President Joe Biden’s administration is both political and medical: Americans have tired of restrictions — almost all have now been lifted — while vaccines, immunity and treatments are helping keep cases less severe.
[time-brightcove not-tgx=”true”]

After several cabinet members and House Speaker Nancy Pelosi tested positive for Covid, Fauci said White House protocols “are sufficient to protect” the president. Biden spent an hour with Pelosi in the two days before she tested positive last week, including an embrace and a kiss on the cheek.

“The protocols to protect the president are pretty strong,” Fauci said, adding that Biden has had four Covid-19 shots and people who come in contact with him must be tested.

Covid Could Be Surging in the U.S. Right Now and We Might Not Even Know It

Driven by the BA.2 omicron subvariant, average reported U.S. infections reached almost 100,000 on Friday, the most in a month. Health experts say many cases are being missed, in part due to more widespread home testing.

Infections remain a fraction of the peak of the omicron variant wave in January, when daily cases spiked as high as 1.3 million. Deaths and hospitalizations are still falling.

The U.S.’s rejection of most restrictions contrasts with China, which has fewer daily cases but has locked down the entire city of Shanghai and its 25 million residents, in line with the nation’s Covid-zero policy. Cases also are rising again in Europe, according to data compiled by Johns Hopkins University and Bloomberg.

Some people may want to take extra precautions, Fauci said.

“What is my age?” he said. “Do I have people at home who are vulnerable that, if I bring the virus home, there may be a problem?”